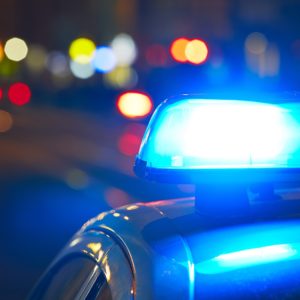 Police car on the street at night
News

As Chester’s murder rate spikes, the city’s receiver is turning to the Pennsylvania State Police to protect local residents from crime.

While the city has 17 applicants who could eventually be hired by the city’s police department, Doweary has asked for state help with public safety until new officers can be hired and begin patrols.

“Finally, the Receiver has been in contact with the Pennsylvania State Police regarding assistance that they can provide the City,” Doweary added. “The Receiver has received notification that additional funds are being provided to the Pennsylvania State Police to assist the Chester Police Department with enforcement details in December and January.”

Requests for comment were not returned from the City of Chester.

Pennsylvania State Police spokesman Ryan Tarkowski said the agency is lending a hand, but disputed that the funding as laid out in Doweary’s update, saying the PSP has not received any supplemental funding for the project.

“The PSP has the planning and resources in place to support its local law enforcement partners throughout the commonwealth,” Tarkowski told Delaware Valley Journal.

“A number of troopers and resources from across the Department (to include Troop K, Philadelphia; Bureau of Criminal Investigation; Bureau of Gaming Enforcement; and Bureau of Emergency and Special Operations) have been assigned to assist in Chester, with a focus on interdicting criminal activity. PSP Department leadership is in regular communication with city officials and the Receiver to assess public safety needs in the city and how PSP can maximize impact and work as a force multiplier in concert with Chester City PD.”

Chester’s financial problems go back well over a decade but were exacerbated when the economy screeched to a halt earlier this year due to the coronavirus lockdowns.

The state placed the city under “Act 47” financial supervision by the state, but the city still retained a great deal of autonomy.

When the lockdowns began this March, Gov. Wolf and the Department of Community and Economic Development declared a full-on “fiscal emergency” for the city, which ultimately led to Doweary being appointed as the receiver to manage the city and make tough calls on tightening the budget.

In August, Doweary outlined a broad austerity plan that included new negotiations with unions on collective bargaining agreements, targeting abuse of the city’s fire and police pensions, as well as restructuring entire departments within the city — the last of which is widely expected to result in numerous job losses.