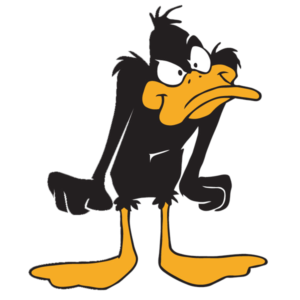 If you haven’t heard of Act 77, you should get to know it.

Last November PA Gov. Tom Wolf signed it into law, fundamentally changing the way we conduct elections in the commonwealth.

But didn’t Republicans control the legislature at the time? They sure did. You might then wonder how an opposition party unable to find common ground with one of the most liberal governors in the country on virtually any issue somehow managed to get Wolf’s signature on their legislation.

It’s the unbelievable answer to that question that ultimately cost Donald Trump Pennsylvania and set up an election system so unconstitutional and so fraught with chaos, fraud, confusion, and bad faith it became the biggest embarrassment in the country.

The best way to describe how mail-in voting became law might be in the classic Looney Tunes episode featuring Bugs Bunny and Daffy Duck fighting over duck season versus rabbit season.

When Daffy realized the only way to protect him from being killed after seeing the posted “duck season” sign on a tree, he quickly papered over it with a “rabbit season” sign.

That’s when Bugs cleverly points the gun at himself and shouts “Rabbit season!” Daffy, completely missing he’d just been tricked pulls the barrel of the gun back in his own face and says, “It’s duck season!  Fire!”

In my illustration of mail in voting becoming law in Pennsylvania, Democrats are Bugs Bunny and the Pennsylvania Supreme Court is Elmer Fudd.  The Republicans are Daffy Duck.  The gun is Act 77.  I’ll explain.

When Democrats — yes Democrats — brought mail-in voting to the floor of the Legislature in 2019, it was under the auspices of making voting “easier” by reforming the need for a declared excuse for absentee voting.

Republicans inexplicably agreed with the complaint, but decided to take the Democrats proposal and lard it up with elements they felt would work to their political advantage while claiming an “election reform” win.

Eliminating straight party voting, and supposedly providing added security and oversight of ballots were a couple of additions.

Stunningly, by the time Republicans finished monkeying around with the original Democrat proposal, many Democrats backed away from it completely and ultimately voted against it.

With a bill now owned lock, stock and barrel by Republicans, and only a few Democrats signing on with Governor Wolf’s signature to make it law, the self-aggrandizing celebration of bipartisanship had Republicans beaming with pride in their “big win” for election reform.

And fire Democrats did.  It was all they needed.

They got their uninterrupted, unchecked, flurry of mail-in ballots sent out by the millions. They were handed out and filled out and dropped off in “satellite election centers.”

No Trump poll watchers could supervise because Democrat judges said they weren’t polling places. Hundreds of thousands of mailed ballots were counted without proper Republican supervision in Philadelphia for days after the election because Democrats said it wasn’t necessary.

She also requested all mail-in ballots be accepted whether signatures on ballots match voter rolls or not.  In both cases, Democrats granted the Democrats requests. Funny how that works, right?

Hundreds of thousands of unsupervised mail-in ballots came flooding in to be counted days after Election Day with Donald Trump ahead in Pennsylvania by over 600,000 votes at the time.

Miraculously, that epic lead would not only evaporate, but Joe Biden would supposedly take the vote lead nearly a week later.

What happened to this election in Pennsylvania is a disgrace.

Setting aside charges of fraud or irregularities with machines or even the violation of the Constitution — all of which are real things that happened. There’s one critically important thing to remember above all others.

Republicans in Harrisburg got their beaks blown off when they aimed the mail in vote legislation at their own heads.

Democrats capitalized on their gullibility just as every good Bugs Bunny cartoon ends.