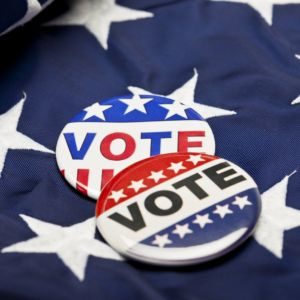 Delaware Valley Voters To Weigh In on Four Ballot Questions

The good news is you can vote on the ballot initiatives in the May 18 primary, regardless of whether you’ve registered with a political party. The bad news is the language in at least two of them regarding Gov. Tom Wolf’s disaster declarations might be misleading.

The language of the two amendments, which would curb the governor’s power to extend disaster declarations without approval by the state legislature, was written by the Wolf administration’s Department of State. Wolf has come under fire for his handling of the COVID-19 pandemic, including a lack of transparency in decisions on which businesses be allowed to remain open and which were closed, essentially picking winners and losers. Those two constitutional amendments would end a disaster emergency after 21 days unless the legislature votes to extend it. Currently, the governor has the sole authority to declare a disaster emergency and can renew it after 90 days.

Wolf’s office did not respond to requests for comment. However, in an op-ed for the Patriot News, D. Randy Padfield, director of Pennsylvania Emergency Management, wrote in favor of keeping the current law and maintaining the governor’s power to control disaster aid and regulations.

“When it comes to boots-on-the-ground response times, a disaster emergency declaration is crucial,” Padfield wrote. “Without an emergency disaster declaration, the governor does not have the ability to transfer unused but otherwise appropriated funds for emergency response activities, such as rescue and recovery efforts. Those state funds, up to $20 million annually, are used to pay for critical expenses, such as for the rapid deployment of the Pennsylvania National Guard. Further, and perhaps as important, an emergency declaration activates the state emergency response plan which is a requirement for Pennsylvania to be reimbursed from the federal government for any of its expenses due to the disaster.”

But the Republican-controlled legislature believes Wolf has held onto his unchecked special powers beyond a reasonable limit. That’s why it is asking the voters to rein in the governor and campaigning for yes votes on all four ballot questions.

“For more than 13 months during the COVID-19 pandemic, Governor Wolf has exerted nearly unlimited power to suspend state statutes, spend money without the authorization of the legislature, and close schools and businesses as he saw fit,” said Senate President Pro Tempore Jake Corman. “No matter how you feel about the actions the governor has taken during the pandemic, we should all be able to agree that no individual and no single branch of government should ever be able to wield unilateral control over the lives of Pennsylvanians for such an extended period of time.”

Corman added, “The ballot language for consideration by the voters is written in a way that shows the Wolf administration wants these measures to fail. Contrary to how the questions read, the General Assembly will not be able to act unilaterally. We will have to work in concert with the executive branch in order for policies to be passed. It also alleges checks and balances will be lost. Let me be clear – there are no checks and balances right now. We have totalitarian power ruling many aspects of our lives including the openings of employers and our schools.”

The Franklin & Marshall College Center for Opinion Research, led by Professor Berwood Yost, discussed the issue of the ballot question’s wording in its March newsletter saying, “Ballot initiatives should be among the most direct exercises in democracy we have. But for this exercise to work, the ballot questions themselves should provide voters with the information they need to make an informed decision.”

The newsletter cited a 2016 ballot dispute over the judicial retirement age that went to the state Supreme Court on the grounds of deceptive language. The center’s research on that ballot initiative showed how it was worded could change the outcome, something opinion researchers have long known. That’s the reason various campaigns engage in “push polls” prior to elections to inflate a candidate’s support.

“Turnout is really low in an off-year primary, so a relatively small share of Pennsylvanians is going to be making a decision about changing our state constitution,” Yost said. “My understanding of the initiative is that it seeks to change the normal legislative process. If the governor issues an emergency declaration, the legislature can pass a resolution to end or amend it, which the governor would need to sign. If the governor vetoes the measure, the legislature could override the veto. The attorney general’s plain language interpretation says the initiative would, ‘provide a new exception to traditional legislative procedures.’ So, voters will need to decide for themselves whether the ability to issue a disaster declaration gives a governor so much power that it is reasonable to change normal procedures that encourage the usual checks and balances that exist in our system.”

“The questions are written in a way to scare voters away,” Corman said. “But I trust the voters of Pennsylvania. We are going to take the questions to them and give them the background. We are going to work to educate our constituents on why – no matter how it is worded – this referendum needs to pass. We will provide voters with the information to make an intelligent decision. I’m confident that once the people learn the real initiative behind the amendment they will vote ‘yes’ in order to restore checks and balances back to Pennsylvania.”

Meanwhile, the third constitutional amendment is much less controversial. It asks voters to prohibit denying a person’s rights based on race or ethnicity.

And the fourth question, also unlikely to cause an uproar, asks voters whether they favor allowing for expanded indebtedness for loans to fire companies, volunteer ambulance services, and volunteer rescue squad.

In addition to these ballot questions, Republicans and Democrats will be asked to vote for candidates in municipal elections, school board members, county offices, and judgeships. The winners of those contests will go before the voters in the November 3 general election. While these local elections receive much less publicity than the state and federal elections, it can be argued that local officials have more impact on people’s daily lives, including the imposition of real estate and earned income taxes.

Sample ballots, polling places, and other information for voters can be found on county boards of elections websites: Bucks, Chester, Delaware, Montgomery, and Philadelphia.

If you’re voting in person, the polls are open from 7 a.m. to 8 p.m. To find your polling location the Department of State offers this link.