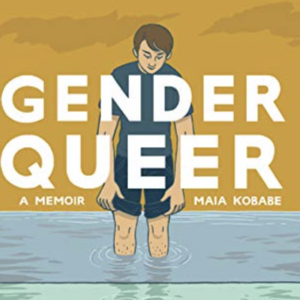 Voters in western Michigan voted to defund their local public library, upset by the presence of LGBT-themed books on the shelves in the children and young adult sections. The unusual move is part of a national debate between parents and public officials over where to draw the line on sexually-explicit content and discussions of sexuality with children.

A review by the School Library Journal calls the book a great resource.

In the case of “Gender Queer,” the book was located in the adult section of the Patmos Library. In response to complaints, it was moved behind the circulation desk.

Earlier this month, 62 percent of voters rejected a property tax millage request to support the library.  According to reports, 84 percent of the library’s $245,000 budget comes from property taxes collected through a millage.

Opposition to the funding was led by a group called Jamestown Conservatives. According to group organizer Amanda Ensing, the library is indoctrinating the community’s children with LGBT ideology.

“They are trying to groom our children to believe that it’s OK to have these sinful desires,” Ensing said to Bridge. “It’s not a political issue, it’s a Biblical issue.”

News of the library’s lost funding led local resident and father of two Jesse Dilman to set up a GoFundMe page.

“I firmly believe most residents here don’t share these views and desire to continue funding our local library,” Dilman said.

Concerns regarding books in the young adult section and school libraries have surged in recent years, according to American Library Association president Patty Wong. In 2021, the ALA tracked 729 book ban challenges across the county. It was the highest number of attempted book bans in the 20 years since the ALA began its tracking.

Author Alexander London has found himself in the center of controversy. His dystopian novel “Proxy” was on a list of 850 books that Texas state Rep. Matt Krause sent to the Texas Education Agency to investigate.

According to Alexander, the main character is a gay adolescent with no romantic interests. There is nothing sexual described in his book, and Alexander said it is very clear the LGBT community is being targeted.

“These attacks on these books are really a way of expressing who these groups think belong and who don’t belong in their community,” London said. “They’re sending a dangerous signal that these books about LGBT people have no place on our bookshelves, and by extension, LGBT have no place in our communities.”

With reports of the California Department of Education advertising gender reassignment surgery to students and a school board in Wisconsin rolling out a curriculum for kindergartens to define gender, many parents complain their children are being confronted with content that’s not age appropriate. In many communities, most recently Sarasota, Fla., left-leaning school board members are being voted out and replaced with candidates running on what they call a parents’ rights agenda.

In the suburbs of Philadelphia, the Central Bucks County School board voted 6-3 in favor of a new policy supporters say is designed to protect children from sexually explicit content in their school libraries. The criteria for what is determined inappropriate differs between elementary, middle, and high school age groups. Before that policy, no procedure was on the books for screening age-appropriate books.

The ACLU and angry protestors accused the school district of creating an all-out book ban and being anti-LGBT. However, according to a letter released by Superintendent Dr. Abram M. Lucabaugh and board of director president Dana Hunter, it is about promoting quality literature while protecting children from inappropriate material.

“Books such as ‘The Bluest Eye’ by Pulitzer Prize-winning author Toni Morrison, which chronicles the real-life horror of racism and sexual abuse, belong in our school libraries at an age-appropriate level,” the letter said. “There are books, though, that contain salacious, gratuitous, graphic, explicit sexual content with no literary or educational applications. Those do not belong in school libraries.”