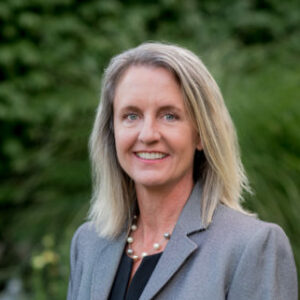 Before Barbarann Keffer took office as mayor of Upper Darby in November 2019, the township had long been known as a Republican stronghold. Yet Pennsylvania’s sixth-largest township has seen a notable blue wave in the last few years as Democrats have gained control of the school board, township, and the county.

Since unseating incumbent GOP Mayor Tom Micozzie, Keffer has governed as an unapologetic progressive. Perhaps it’s not surprising, then, that she passed over local Democrats like Montgomery County Board of Commissioners Chair Val Arkoosh and endorsed progressive firebrand Lt. Gov. John Fetterman in the 2022 U.S. Senate race.

“He’s not afraid to put himself out there. In a lot of ways I think he and I are similar in our backgrounds, what we stand for, and trying to pursue our visions. I think he’s done a fantastic job,” Keffer said.

As for Arkoosh, Keffer says she appreciates the work she’s accomplished, but doesn’t see her and Attorney General Josh Shapiro—who has expressed interest in running for governor—both winning a statewide election because they come from the same county. “I think it hurts her chances. John can get independents, he’s just got a lot of appeal in general, and he stands for the right things.”

Keffer’s critics agree that she’s “put herself out there.” Earlier this year, for example, she set off a firestorm when she pulled “Good Friday” from the municipal calendars and replaced it with”Spring Holiday.” For Republican Councilman Tom Wagner, it’s just one example of how Keffer is out of step with most Upper Darbyians.

Keffer recognizes her ambitious agenda to transform Upper Darby might rub some of her Republican or more moderate Democrats the wrong way. But she’s focusing on issues she believes helped her win her upset victory.

Keffer says residents were fed up with trash-infested areas and lack of open spaces, which a comprehensive report by the town in 2018 warned was hampering economic growth. But despite the pandemic dominating her tenure so far, Keffer has proposed an ambitious agenda to make Upper Darby a greener, cleaner, more attractive place to live. She started yard waste collection every week instead of twice a year, codified ordinances on the township website to provide transparency, and the township received a $1 million dollar grant from Gov. Tom Wolf’s office to build an environmentally-friendly community center at 7000 Walnut Street.

“We also put together a five-year capital plan and part of that plan is getting electric car stations here. What I’m trying to do is build the future of Upper Darby. We have a lot of work to do. A lot of areas of our township have been neglected,” she said. “I think the community center is going to be a catalyst for growth. Once it’s done and we get some really good programming in there, it’ll show my vision.”

Critics like Wagner dismiss her claims of transparency as hollow. “She’s certainly been anything but transparent. She’s not consulted with the community before taking various actions,” Wagner said.

“You don’t do something like that without discussing it in advance,” said Wagner.  “The point is there has been no attempt to communicate with us as council members or a lot of people in the community that the mayor is supposed to be serving. That has bothered me a lot.”

Keffer said the decision to close the senior center and turn it into a police substation was because the HVAC system broke down and the landlord refused to replace it. “It was a really tiny center and the funding of that lease came entirely from taxpayer dollars. We don’t own it,” she said.

“She’s probably more progressive than I am. But I don’t think her crusade is about being progressive,” said Reuther. “I think it’s about rolling back the patronage system in Upper Darby. It’s about trying to make sure all the dollars that come into that municipality go to work for the people who work there.”

And Coolleen Guiney, chair of the Delaware County Democrats, doesn’t think Keffer’s endorsement of Fetterman will be viewed as a snub of her fellow Delaware Valley Democrats.

“What I love about Delaware County is its richness and diversity,” said Guiney. “All of county council has endorsed Val Arkoosh. Part of what makes Delaware County great is we don’t march in lockstep,” Guiney said. “Each voter has the agency to make their own decisions and in Delaware County we take no voters for granted.”

Meanwhile, Keffer has no plans to moderate her approach.

“My platform concerns reinvestment, reform and revitalization,” Keffer said. “It’s different. I’m the first Democrat to hold the seat. I think there’s more people on my side now than there was a year ago because people are getting used to me. I’m pretty consistent, I’m very active, and I don’t hide in the office.”