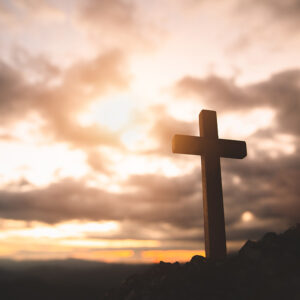 “Why did they cancel Good Friday?”

That was the question a passionate and unhappy constituent had for Upper Darby Councilor Tom Wagner (R) last month, and she wasn’t alone. Wagner and several of his fellow councilmembers “got an earful,” as he put it, from a large number of Upper Darby residents, angry that the Good Friday holiday on the municipal calendar had suddenly disappeared. Instead, Upper Darby’s town government would be observing “Spring Holiday.”

Wagner told Delaware Valley Journal he wasn’t happy about it, either.

“It made me mad when this older lady called me to complain because I knew nothing about it. I didn’t know what she was talking about, and neither did the council. It’s just suddenly ‘Spring Holiday.'”

It turns out Upper Darby’s new mayor, Barbarann Keffer, had decided the traditional Good Friday holiday needed to go. So she took it off the township’s municipal calendars for Trash and Recycling, as well as the calendar for Holidays and Events.

Councilor Don Bonnett (R) opposed the mayor’s decision, and he told Delaware Valley Journal his experience was similar to Wagner’s.

“I first heard about it from the community, and people got upset about it. It got completely obliterated — in other words, ‘Good Friday’ wasn’t happening in Upper Darby.”

So why did the mayor do it? Keffer’s office declined to respond to requests for comment from Delaware Valley Journal. However, during a council meeting two weeks ago when the issue was debated, the mayor said she made the decision “in order for us to be more inclusive and respectful of Upper Darby’s diverse community.”

Several council members did not find that answer satisfactory. “What’s disrespectful is taking a step like this without discussing it with council, without soliciting input,  just doing it as though nobody would care about this,” Wagner told the mayor. “You knew a lot of people would care about this and be offended by this, and you just did it anyway, without any discussion. And without giving a damn what this council thought of it.”

The council demonstrated what they thought by voting 6-4 to return Good Friday to the calendar. It was a rare setback for the Democratic mayor, whose party holds an 8-3 majority on the council.

Not everyone was upset by the mayor’s decision. Council President Laura Wentz (D), who oversaw the contentious debate and vote, told Delaware Valley Journal she supported the mayor’s move.

“I do like ‘Spring Holiday’ because it represents all religions and not just one religion,” Wentz said. “Some people feel that it’s an attack on one religion. And that was never the intent. It was to open the door to be more inclusive to all residents.”

“It makes no sense to me. We have a lot of Christians in Upper Darby, and it’s a Christian holiday. Nobody sought advice from me or any members of the council that I know of.”

“It was just a very unwise decision,” Bonnett added.

The Trash and Recycling calendar on the web now reads: “HOLIDAY. No Trash or Recycling Pick-up. Good Friday.” However, the Holidays and Events calendar still read “Spring Holiday” as of early Monday morning.