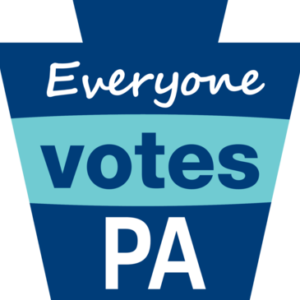 In a sense, the 2022 Pennsylvania gubernatorial race began on November 8, 2018, when Governor Tom Wolf won his second term against Scott Wagner. With Wolf term-limited, 2022 will see a new face in the Governor’s Mansion, and Republicans and Democrats have been scrambling to figure out who that should be.

Democrats, for the most part, seem to have their ducks in a row on this one. Pennsylvania’s Attorney General, Josh Shapiro, has been a rising star in the Democratic party for years now, and even before he announced his bid for Governor, he had been essentially running unopposed for the nomination. Shapiro has the advantage of being able to focus entirely on the general election, but his disadvantage is that as the presumptive nominee he has had a target on his back for quite some time.

Republicans, on the other hand, have an abundance of candidates, as gubernatorial hopefuls with a wide range of ideas, philosophies, and backgrounds have thrown their hats into the ring seemingly on a weekly basis. This Wednesday, January 5, will mark the first time all those different ideas and personalities will be tried against one another in real time, as thirteen declared candidates come face-to-face on the debate stage.

Every candidate in the history of democracy would tell you why their election is one of the most important elections ever. Whether this particular election will live up to the hype remains to be seen, but Wednesday’s debate sets the scene for leadership changes that will have a drastic effect on the future of the commonwealth.

This election matters because Pennsylvania has become very used to a highly involved governor. Governor Wolf is on track to issue the most vetoes in Pennsylvania history — and he is not shy about taking executive action either. During the past seven years of Republican legislative control, Pennsylvania has been ruled by warring branches acting as jealous guardians of their power — perhaps to the delight of those worried about the tyranny of faction. But if the state house and senate stay pat, a Republican governor could change that dynamic. Wolf’s vetoes from last month alone include a curriculum transparency bill, and a concealed carry bill.

With Pennsylvania’s population declining to the point where it will lose another congressional seat, many would argue that it is time to break up the stagnation between the legislative and executive offices. A Republican could do that, but in a purple state and against a formidable opponent in Shapiro, it would need to be a Republican with a compelling message and widespread support.

This primary also matters because of the issues. Covid dominated the past election cycle, and the only difference this year is that the disease is presenting slightly different problems. Republicans are generally against mandates, but their tolerance for lockdowns and government stimulus will vary.

Energy is also a contentious topic in the state that produces the second-most gas and electricity in the nation. Huge new national gas plants should bring even more revenue in the coming years. As oil and gas businesses look for welcoming homes, Pennsylvania must decide whether this is an industry it is willing to commit to in the long term.

School choice bills have been flying around the legislature without much hope of getting past Wolf, and a new administration could mean some huge changes on the education front. But Republican plans to make a lasting impact on the Pennsylvania public school system vary dramatically from candidate to candidate, and many plans regarding school choice stray into uncharted waters.

Finally, one of the largest issues the candidates disagree on is philosophy. The old GOP that prioritizes markets and morality is still very much alive in the Keystone State. But the state, and the nation, have seen a rise in the “new right”, characterized by nationalism and populism, which brings a set of issues surrounding big tech and immigration that add a new element to the party dialogue. The philosophy that emerges victorious from the Republican primary will have united enough of the Pennsylvania right-wing in order to win, but will it be the philosophy that can unite the rest of the state?

These issues and more should be on full display on Wednesday night. The debate will take place at 7 pm at Dickinson College, moderated by former State Rep Becky Corbin, PA Chamber Director of Political Engagement Allison Coccia, and yours truly. In the interest of full disclosure, Broad + Liberty is an event sponsor and is proud to partner with the PA Chamber of Business and Industry, the Keystone Free Enterprise Fund, and ProtectPA PAC to bring this program to you.

You can watch the livestream on Wednesday, January 5th, on PCNTV. Immediately following the 7:00 debate, PCN will host a call-in program, with special guests former Congressman Ryan Costello and ColdSpark Founding Partner Mike DeVanney. Expect a clash of ideas, and a great example of the lynchpin of any good republic: civil dialogue.

Terry Tracy is the President and CEO of Broad + Liberty