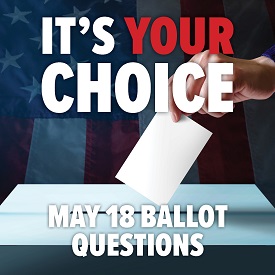 Three Reasons Your Vote Will Count in the May 18 Primary

May 18th is a really important day to everyone in the Philadelphia area.  I know that it is only a primary day in an off-year election, but there are at least three reasons why it is important. Voters will have the chance to stop the almost total power Governor Tom Wolf has had over the last year to cite emergency powers and shut down the schools and the economy. Voters will also have the power to vote out District Attorney Larry Krasner and restore some degree of public safety to Philadelphia. Finally, many school board election primaries will be on the ballot, and with huge scrutiny placed on these positions due to school closures during the pandemic, they will be very contested.

First, even though Governor Wolf’s style is not as publicly controlling and aggressive as other progressive governors like Governor Andrew Cuomo and Governor Gretchen Whitmer, he has been equally unwilling to include other elected officials in any of the tactics used in efforts to combat the pandemic. In fact, I found his news conferences in which no follow up questions were allowed to be the type of events that you see with authoritarians.

I hope I do not need to remind people in suburban Philadelphia that you felt the sting of this petty control when Wolf and his minions fought a pitched battle with representatives of both parties over how the amount of vaccine to be given for Bucks and Montgomery Counties and the methods of distribution. This was a direct result of his staff feeling they could cloak themselves in an emergency declaration and then ignore common sense. They turned distribution of the vaccine into an ugly scavenger hunt.

If you want to stop this emergency theater that Wolf is still rolling out, then show up on May18th and vote yes on two ballot measures put out by the Pennsylvania General Assembly. The first measure would change the length of an emergency disaster declaration from the current 90 days to 21 days, and after that only a joint resolution by the assembly would extend the resolution. The second would give the General Assembly the authority to pass a resolution to extend or terminate the governor’s emergency declaration. These two measures will restore the power of other elected officials that Wolf has trampled on. Do not be fooled by his ads that will say these measures will remove separation of powers.

The second item that is especially important on May 18th is defeating Larry Krasner in the Democratic primary for district attorney. If you can’t vote in Philadelphia, you can remind anyone you know to vote for former Philadelphia prosecutor Carlos Vega, his opponent. If you work in the city or even visit Philadelphia, in my view every day Krasner is in office, makes you less safe. If given another term, I feel he will be even more radical in his views on criminal justice.

Finally, during the pandemic we have learned how much different school boards have varied on opening or closing schools. This issue has spurred a huge grassroots movement of parents wanting to reopen schools. It has also triggered some of the groups formed to reopen schools to recruit and support candidates for school boards across the suburbs. The best place to find the slate of candidates endorsed by these groups is to go to Keeping Kids in School.com. I have interviewed Clarice Schillinger; the leader of the group, and I think this will be a battle that might turn schools in a different direction.

Put May 18th on your calendar and show up and vote.