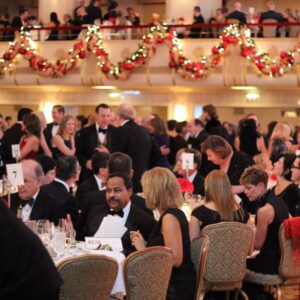 The Pennsylvania Society dinner at the Waldorf Astoria in 2016.
News

The Pennsylvania Society’s Big Night is Back. Can It Help Bring Back Civility, Too?

Start spreading the news. The Pennsylvania Society is making a return to the Big Apple on December 4.

The legendary gathering of Keystone State politicos, activists, and business leaders was canceled by COVID last year, and this year’s event will be significantly downsized. But the tuxedos and evening gowns are coming out of Pennsylvania closets.

“One of its purposes is to recognize and celebrate Pennsylvania’s accomplishments and contributions to our nation as well as to the commonwealth itself and to recognize citizens who have accomplished great things this year,” says Edward J. Sheehan, Jr., the society’s president.

Formed in the late 1800s by Pennsylvania business titans with offices in Manhattan, The Pennsylvania Society gathering involves a dinner and events including a seminar hosted by the Pennsylvania Manufacturers’ Association.

“The PMA Seminar has been held since the late 1970s on the morning of The Pennsylvania Society dinner,” says David Taylor, president and CEO of Pennsylvania Manufacturers’ Association. “Our event has been held at The Metropolitan Club, which is where it’ll be held again this year, and that it is a gathering where you have invitation-only audience of Pennsylvania CEOs and other business leaders, civic leaders like heads of universities and hospitals, partners from the major law firms, gathered together.”

Potential candidates are given the opportunity to pitch the Pennsylvanians gathered, giving a glimpse of how they might perform on the campaign trail.

“We give them a chunk of time, 15 minutes or so with no restrictions beyond time, no interruptions, no gotcha (questions),” Taylor said. It will give attendees an opportunity to hear what they have to say, he said. 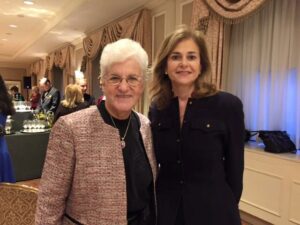 “I welcome the invitation to speak at the annual PMA Seminar about our time in public service and my vision for the commonwealth as governor,” said Corman, who attends The Pennsylvania Society gathering every year.

McSwain “looks forward to addressing supporters and leaders of the business community from across the commonwealth, and sharing his vision for a freer, safer, and stronger Pennsylvania,” according to a campaign spokeswoman.

Charlie Gerow, who is also running for governor, said he’s been a member of The Pennsylvania Society since the late ’70s and has not missed the event since joining.

“Our firm (Quantum Communications) has historically had a seminar and luncheon,” said Gerow. “We’re not doing it this year because of Comrade de Blasio’s edicts and mandates.”

Gerow will attend an event held by his campaign chairman, U.S. Rep. G.T. Thompson (R-15th), on Saturday but is returning to Pennsylvania later that day.

“To be blunt, I’m running for governor of Pennsylvania, not New York,” said Gerow. “So I’m trying spend as much time as possible on Pennsylvania soil.”

Attorney General Josh Shapiro, the only Democrat vying for governor, is not going to The Pennsylvania Society this year, partly due to COVID concerns, a spokesman said.

Larry Ceisler of Ceisler Media, whose firm has sponsored a Friday evening reception in the past, says the annual event has more to do with the tradition of politics than partisanship. 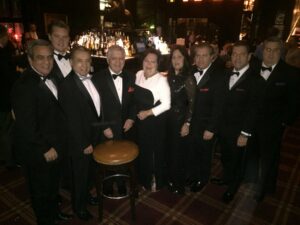 The Peters and Rinaldi families enjoying The Pennsylvania Society Weekend at the Waldorf Astoria in 2015.

“I think one of the strengths of The Pennsylvania Society has always been getting people together to talk in a social setting. I can’t speak to what’s happening in Washington, D.C., but in Pennsylvania, there are responsible people in both parties who want to see a return to civility,” Ceisler said. “That’s the way we get things done.”

And Ceisler rejects the notion that it’s a backroom meeting of political bigwigs.

“People say it’s a gathering of elites, but that’s not true. People from small, nonprofit organizations attend, too, and they get heard. I always tell people: ‘Whether you’re from the most far left or far right nonprofit, you can put on a coat and tie and come. Have a beer with the governor.'”

“And I know it’s true,” added Ceisler, “because I’ve seen it happen!”

Sheehan says he’s concerned about the impact of last year’s cancellation on the future of The Pennsylvania Society tradition.

“Because we canceled it last year, that brought a lot of our momentum to a stop,” says Sheehan, the organization’s 46th president. “You have to recreate that momentum and rebuild it, but we are so pleased that this year’s dinner will have about 450 people in attendance.”  Although, in the past some 2,500 people would attend.

Meanwhile, The Pennsylvania Society is honoring Dr. Ala Stanford, the CEO and Founder of the Black Doctors COVID-19 Consortium.

“She went into a number of neighborhoods in the Philadelphia area where a number of people were at risk and she went to perform testing for those who could not access the testing sites for a variety of reasons,” says Sheehan.

“The test was $150 and people were dying because they could not get it,” Dr. Stanford said in a February 2021 interview. “They were going to work, taking the bus, taking the subway, spreading it like wildfire.” 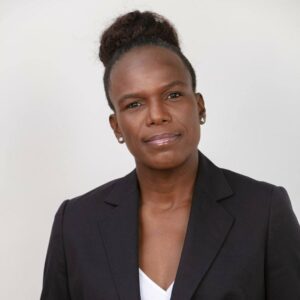 Stanford said it was unfathomable to her that “someone could lose their life for something you’d pay for a nice dinner for two people.”

“Once the vaccination was available, she went into the same neighborhoods and administered the vaccine, answered questions, helped educate people about the vaccine and its safety,” says Sheehan. “She touched the lives of over 80,000 people.”

“The other thing that our society does is, it’s a charitable society and we have bestowed millions of dollars in charitable contributions and scholarship funds for Pennsylvania students,” says Sheehan. “Overall, we promote civility, we bring people across the Commonwealth together who are very diverse, different opinions, different ideas about how to solve some of the problems we face, but we talk about those in a very civil way and we are respectful of one another.”

The Pennsylvania Society’s Annual Dinner will once again be held at the New York Hilton Midtown. The former venue, the Waldorf Astoria, was sold and is being renovated to partially become condominiums.

“We’ve worked very hard to make it as safe as possible,” says Sheehan. “The city of New York and the hotel itself are requiring proof of vaccination cards, so we want everyone in attendance to understand that those who are there have been vaccinated.”

Social distancing will also be practiced.

“We have fewer attendees, so we’re using more of the space,” says Sheehan. “That was somewhat by design, but we’re doing everything we can to keep it an enjoyable evening of celebration and showcasing Dr. Stanford and the wonderful things she’s done as well as bringing all types of people together.”