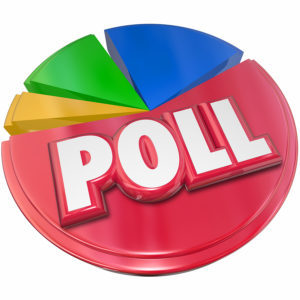 The Pennsylvania Poll That Has Political Tongues Wagging

Over the last six to eight weeks, the polling news has only become more dire for President Trump in the Keystone State with one standout exception: the Trafalgar Group, which gained notoriety after 2016 because it correctly had Trump ahead in Pennsylvania and Michigan late in the cycle when other polls didn’t.

The group’s October presidential poll put Biden at 47 percent with Trump close by at 45 in Pennsylvania, a far cry from the others such as a Reuters/Ipsos poll showing Biden with a seven-point advantage. The Trafalgar Group’s poll did not list a margin of error.

The only other poll in the state showing Trump that close is from September — and also comes from the Trafalgar group.

Robert Cahaly, chief pollster at the Trafalgar Group said their polls differ from others because they try to eliminate “social desirability bias,” the tendency people have to give pollsters answers that will make them appear more virtuous or acceptable.

“Social desirability bias” isn’t a new concept, and pollsters have tried to avoid the bias for years. But Trafalgar is employing new methods to that end.

“We try to avoid the traditional phone call with a live person who identifies themselves and then identifies that they know you — virtually destroying the possibility that your answer is going to be anonymous,” Cahaly told Dom Giordano’s radio program. “Nothing leads to what’s called the ‘social desirability bias’ more than people thinking you know who they are.”

“What I see is, text messages come across way more anonymous, and people can deal with them — it doesn’t interrupt you like a phone call that you have to deal with right now, you can respond to a text a couple of hours later,” Cahaly continued. “Second, we don’t believe in long surveys. This notion that you’re going to call somebody on their cell phone at six, seven o’clock at night, have them stop what they’re doing to spend time on a 15-minute survey with thirty questions, it’s insane, it’s just not reality.”

The intentions and techniques of the Trafalgar Group mesh with the theory of “silent” or “shy” Trump voters: people who support the president but fear rebuke if they outwardly express that support. The theory even pops up as “#SMAGA” in social media hashtags.

A Delaware Valley Journal poll from late September showed registered voters in the four “collar county” region support Biden 60-35. However, 47 percent of respondents said they knew a “friend, neighbor, or coworker” who they believe secretly intends to vote for Trump.

As for the group’s 2016 success, one local pollster says it may be that Trafalgar has hit upon something unique, but more data is needed.

“As someone that has been polling for a quarter of a century, I have seen pollsters come on to the scene and have a successful cycle, and then claim they have found the secrets to polling,” Christopher Borick, professor and pollster with Muhlenberg College told Delaware Valley Journal. “They may indeed have found some things that work well, and we will get to see over time if they continue to poll. However, as of now the evidence is pretty limited to support the claims they make.  Let’s look at their performance this cycle and beyond for a fairer appraisal.”

Besides putting Trump within striking distance in Pennsylvania, Trafalgar puts Trump up — by less than a single percent — in Michigan.

But even just putting Michigan back in play would open up new pathways to 270 Electoral College votes for the president.

The question then becomes whether other state polls are as incorrect now as they were in 2016. A postmortem of polling after Trump’s upset win showed most pollsters failed to predict that white non-college educated men would turn out in the numbers they did.

And many believe the current crop of polls have now taken that group into proper account.

“[T]hat polls in each state were off the mark — by 3.3 points in Michigan and 3.8 in Pennsylvania, relative to the FiveThirtyEight averages — has added scrutiny to the numbers this year,” wrote Phillip Bump, a national political correspondent for the Washington Post.

“Pollsters who underestimated Trump’s support in 2016 are aware that they did so. It is safe to assume that poll results have therefore been calibrated to avoid a similar mistake and, therefore, to better estimate Trump’s actual support.”