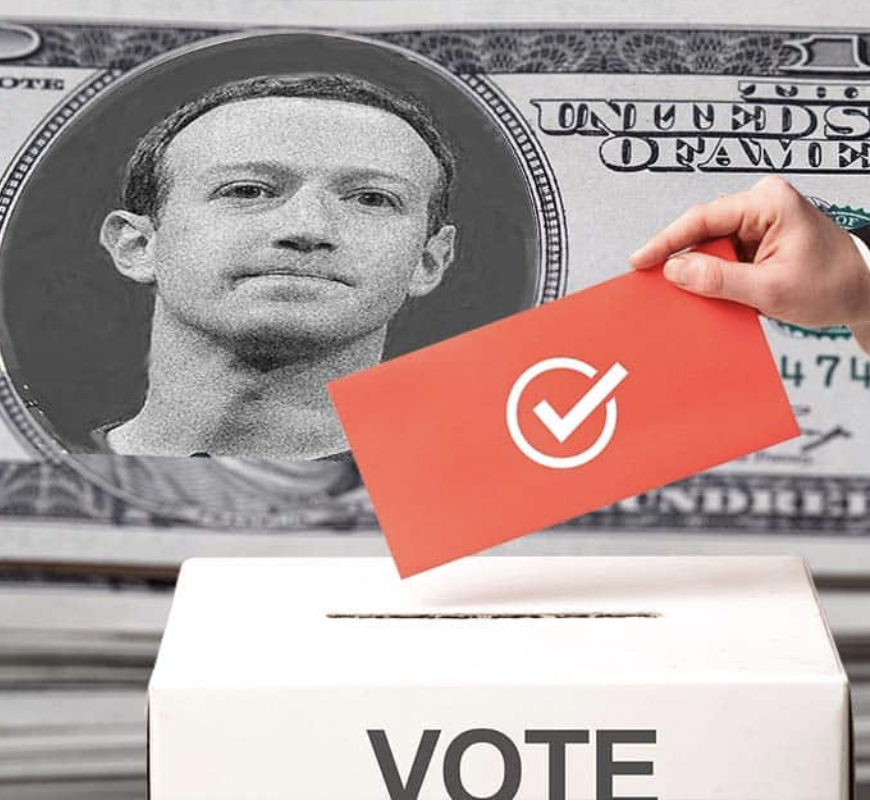 It is a politically charged and divisive time in America. So, it’s rare when elected officials from both sides of the aisle come together and agree to enact changes that positively affect the American people.

But the Pennsylvania legislature just did.

It has passed, and Gov. Tom Wolf has signed, a new law that bans private money from being used for elections by state election officials in an unequal, unfair, political manner. Those dollars are commonly known as “Zuckerbucks.”

Voters across the country overwhelmingly want election integrity. Recent Rasmussen polling shows bipartisan support in the 80th percentile for measures like requiring photo I.D., cleaning up voter rolls, and mandating the return of all ballots to election officials by Election Day. That’s not surprising when you consider people on the political right, left, and everywhere in between have been complaining about the election process for decades.

And while the concerns about hanging chads and dimpled ballots of the 2000 presidential election have been replaced by fears about unsolicited mass mail-in ballots and unsecured, unmonitored ballot drop boxes, the American people’s faith, trust, and confidence in the election process are at all-time lows. In fact, only 53 percent are confident that American elections are conducted in a manner that ensures all votes are counted and that the proper winners are declared in each election.

Compelling testimony in Pennsylvania’s legislative committee hearings allowed members to learn about errors from past elections, review raw evidence regarding unequally allocated funds, and—something so few do—listen to the voices of their constituents. Elected officials there realized the need for voter protection measures and decided to act on it.

In response to these positive developments, America First Policy Institute’s Center for Election Integrity (CEI) upgraded Pennsylvania in its online, color-coded, interactive map. The commonwealth that once held a low ranking has now moved up.

CEI grades each state based on four significant election integrity measures: (1) photo identification requirements to vote, (2) returning ballots to election officials by election day, (3) the prohibition of ballot harvesting, and (4) the tiebreaker, banning Zuckerbucks. States are in the red category when few to none of these policies are in place, yellow means some have been implemented, and green states have most or all the policies in place. For a complete methodology regarding the map, click here.

The recent law is a step in the right direction as Pennsylvania has gone from red to yellow on the CEI map. But that does not yet make it a beacon of voter protection. In fact, the state must plug some significant policy holes to emerge as an election integrity leader and restore people’s trust in the election process. Issues widely reported in Delaware County illustrate precisely what must change if the state is to secure its elections better.

Local and national news reports showed in 2020, the county encountered a “wide array of problems with election integrity, including on-tape admissions that the election laws were not complied with, that 80 percent of provisional ballots lacked proper chain-of-custody, that there were missing removable drives for some of the voting machines, and that election workers ‘recreated’ new drives to respond to the Right to Know request.

A whistleblower’s hidden video shows significant interference by people identified as election officials in the county, including one man knowingly asking another person to commit “a felony.” Data there also show voting machines accepted and tallied ballots scanned from other precincts in the county, rendering ballot reconciliation impossible.

While there are obvious documented problems in Delaware County and beyond, they are fixable with good policy.

One of the most important policy measures to help achieve free, fair, and honest elections is requiring government-issued photo identification to vote. It’s supported by 85 percent of Americans because they understand simply proving you are who you say you are when you cast a ballot, helps protect every legal vote and every legal voter.

Some on the left claim this policy will “suppress turnout,” but the data from the 2022 primaries in Georgia shows the exact opposite. In early voting, there was a 168 percent increase from the 2018 gubernatorial primary and a 212 percent jump above the 2020 presidential primary in Georgia.

It’s clear the vast majority of Pennsylvanians support election integrity reforms. If their voices are heard and their concerns addressed, the Keystone state will ultimately be a place where it’s easy to vote but hard to cheat.