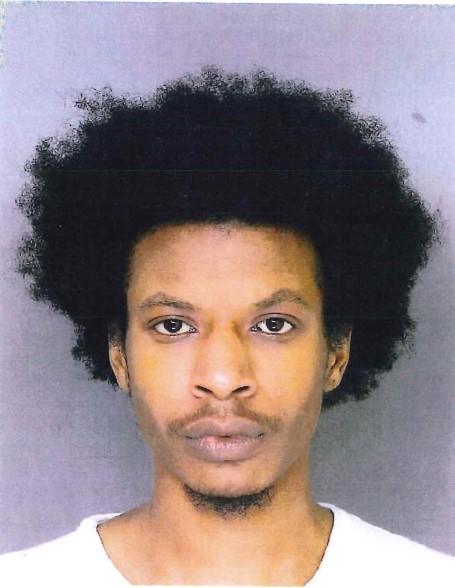 An apparent road rage shooting that took the life of a 54-year-old man also took the suburban area’s sense of safety and normalcy, shocking residents of the Delaware County bedroom community.

Bystanders told police the victim was killed for driving too slowly in the left lane. Officers responding found a white Toyota with a bullet hole in the windshield and the body of the victim, Kim Hua, according to an affidavit. Hua’s wife was a passenger and witnessed the shooting.

Hua was pronounced dead at Crozer-Chester Medical Center. The cause of death was a gunshot wound to the head, the affidavit said. Investigators found two 9mm shell casings at the scene.

Witnesses said a dark SUV driven by a woman had pulled to the side of the road. A male leaned out of the passenger window and fired at the Toyota.

Officers arrested Saddiq Washington, 22, of Darby on Friday. He is being held on first and third-degree murder charges, possession of an instrument of crime, and reckless endangerment according to the Delaware County District Attorney’s Office.

Residents who spoke to the Delaware Valley Journal were distraught over the senseless shooting.

“Every time I look at the paper and see something like that I’m shocked. I’ve lived a long time and… this is the worst I’ve seen in decades,” said Maurice Eldridge.

Some were concerned that the violence spike hitting Philadelphia could be reaching into the suburbs. One woman said, “I think [the crime spike in Philadelphia] is definitely having an effect on things.”

“I don’t really think it’s the crime spike in Philadelphia truthfully. I think it’s absurd how little we’re doing for gun control in this country,” said resident Susan R. “Congress has finally passed something but if we don’t start doing more we’re going to keep seeing more and more of this senseless violence.”

Cynthia Weiss, another resident, said she was devastated by this most recent incident.

“It’s a scary thing. I think it’s going to continue to happen as long as angry and disturbed people have such easy access to guns. It needs to change,” Weiss said.

At a press conference Friday, District Attorney Jack Stollsteimer praised the work of the officers and detectives for making an arrest within 48 hours of the shooting. He also thanked the public for coming forward with tips.

“This was a senseless brutal act,” Stollsteimer said.

The suspect, Washington, had a permit to carry a concealed weapon and had purchased the gun legally.  The woman driving the car was the defendant’s mother, Stollsteimer said. She is under investigation. No charges have been filed against her. 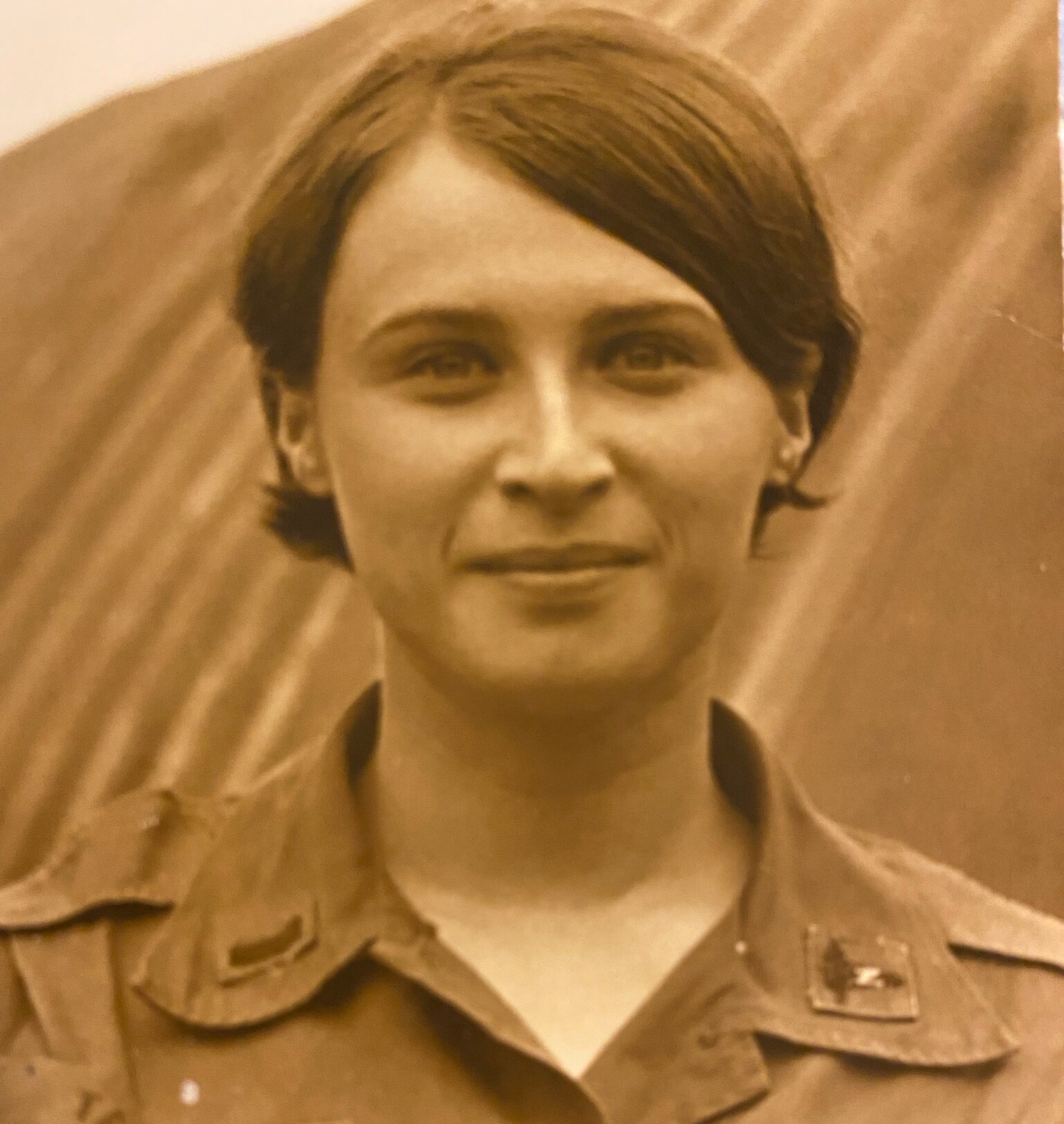 All fallen soldiers were to remain outside the confines of the 18th Surgical Hospital, which was located south of the Demilitarized Zone. Because the bodies of dead American soldiers were presumed booby-trapped by the enemy, that cruel protocol was meant to save the lives of the other wounded soldiers who were hauled into the inflatable, rubber-tubed medical facility from the battlefields of Vietnam.

Nursing school didn’t prepare Four, now 75, for the horrors she witnessed as an Army nurse in the Vietnam War. She graduated from St. Vincent School of Nursing in Indianapolis in 1968 and was sent overseas a year later, serving in that fast-paced and dangerous environment until 1970.

“If you can kill one GI, why not take out 15 in an emergency room?” Four said. “We had to be very cognizant of that. … You never knew what you were going to face around the corner.”

For her tour of duty in one of the nation’s most unpopular wars, Four earned the Bronze Star and went on to have a successful career stateside in the medical field.

Over three decades, she earned a reputation as a tireless advocate for veterans issues, helping launch the annual Philadelphia Stand Down event and serving as director of services for homeless veterans at the Philadelphia Veterans Multi-Service & Education Center. She eventually became the nonprofit’s executive director until retiring.

In recognition of her advocacy, Four was named grand marshal of this year’s Radnor Memorial Day Parade. She will ride with her son, Christopher, a lieutenant in the Radnor Police department.

“I know it really only has one true meaning,” Four said of Memorial Day. “It’s the day we give respect and honor to those who sacrificed their lives in defense of this country. If we forget what they have done, we have lost a belief in the strength that we have as a nation. … This is a pretty sacred day for all veterans.”

Born in Toledo, Ohio, Four was the oldest of seven children living a nomadic lifestyle with her father, who worked for a railroad. She remembered each time her family was uprooted and moved somewhere new, her mother told her the same thing.

“This is where you’re going to live the rest of your life, so unpack all your boxes and join an organization,” Four said.

It was advice that she took to heart when, later in life, she was drawn to the Vietnam Veterans of America and would serve for six years as the organization’s vice president.

Her calling was always nursing, as she felt fulfilled by helping others.

“It was the place I was supposed to be. It brought me great satisfaction,” she said.

Even though the Vietnam War was raging when she graduated from college, she never expected to end up overseas when she was first recruited to serve a two-year tour as a combat nurse.

“It was a very alluring [program] because we were pretty poor in school,” Four said.

She was shipped off to basic training at Fort Sam Houston in San Antonio, Texas, and then received her orders from the Army in 1969, boarding a plane for Southeast Asia.

The work was grueling, nonstop, and traumatic. A constant stream of wounded soldiers arriving at the makeshift hospital. They all had different ailments: Bullet and shrapnel wounds from artillery and booby traps, burns, blown-off limbs from stepping on mines, malaria from the bloodsucking mosquitoes in the swampy jungles.

“You learned real fast,” she said. “We became very proficient at our jobs. We had to make decisions that were not always easy to make. We knew we did as much as we all could do, and sometimes that wasn’t always enough.”

When she returned to the states, the combat nurse spent four months camping around the country with her future husband, Tony, also a Vietnam veteran, in a stripped-out Volkswagen that doubled as an RV.

The couple eventually settled in Springfield, Pa., where they raised their three sons.

Four’s medical and advocacy work afforded her opportunities to meet other Vietnam veterans, some of whom remembered her caring hands.