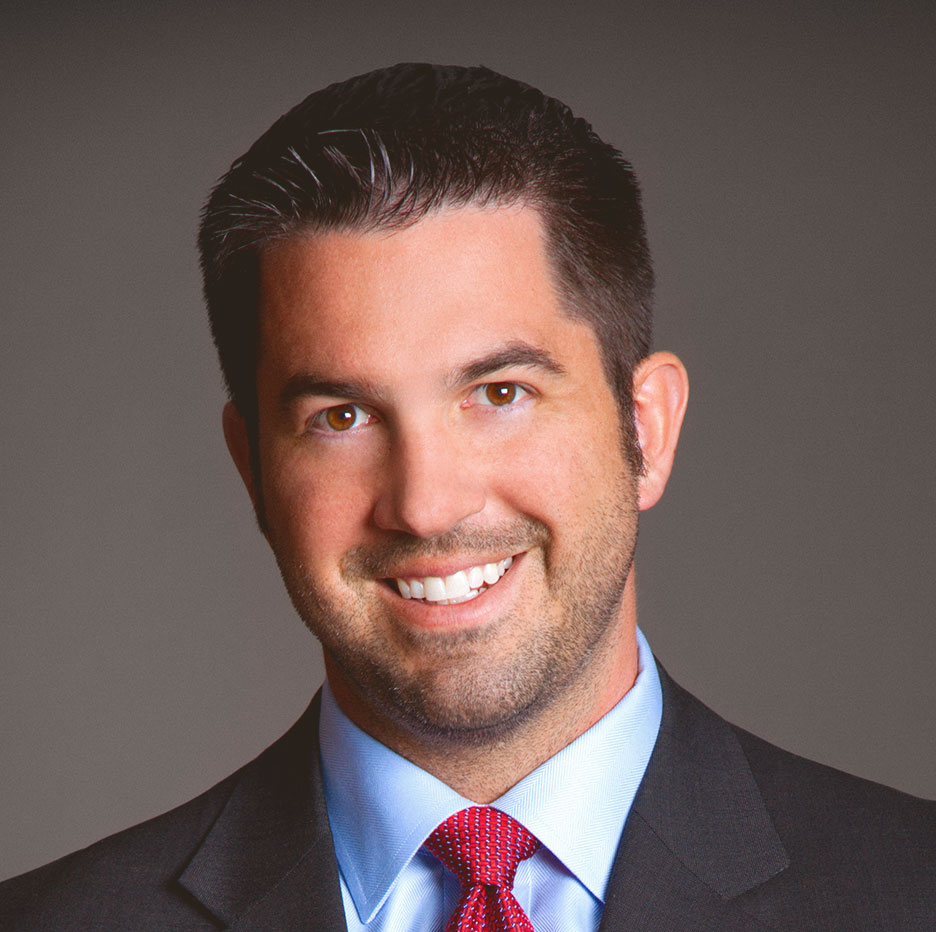 Republican frontrunner Sean Parnell announced Monday he is suspending his campaign for the U.S. Senate. Parnell was faced with a judge’s decision to award the custody of his children to his estranged wife amid a bitter divorce case with allegations of abuse.

Republican Sen. Pat Toomey’s retirement is attracting numerous candidates from both parties. And the 2022 Pennsylvania Senate race also has drawn national attention with the control of the now 50-50 Senate in the balance. Some pundits have claimed Pennsylvania’s open seat is the most likely to flip from Republican to Democrat.

When former President Donald Trump endorsed Parnell, a bestselling author and former Army Ranger who ran for Congress against Conor Lamb, it catapulted him to the front of the crowded field vying for the Republican voters’ nod in the May 17, 2022 primary.

And with Parnell, who lives in western Pennsylvania out of the way, the candidates from the Southeast will have more room to run.

“It means the Trump endorsement is up for grabs again,” said Robin Kolodny, chair of the political science department at Temple University. “It’s unclear who will get it as several other candidates have close ties to Trump. Parnell’s image problems just can’t survive a 10 person field.”

“Expect a few more people to drop out before the February 15 filing deadline,” Kolodny added.

Veteran Republican political strategist Christopher Nicholas said, “Parnell’s announcement shakes up an already unsettled GOP primary here. It appears as though other candidates will enter the race and it will give Ambassador (Carla) Sands another opportunity to try to hoist the Trumpy banner in the primary.”

“I thought that President Trump’s endorsement of Parnell made him the frontrunner for the Republican nomination,” said Berwood Yost, director of the Center for Opinion Research at Franklin & Marshall College. “This undoubtedly changes the race and I think we’ll need to see whether the former president endorses another candidate before we make any guesses about who is the current frontrunner. At the moment, none of the remaining candidates seems to have any notable advantages over the others.”

Jeff Bartos, the Montgomery County businessman and a Republican candidate for Senate, declined to comment about Parnell’s situation. However, Bartos’ campaign was the first to fire shots at Parnell as his messy divorce situation became public.

In September, the Bartos campaign launched a statewide digital ad campaign against Parnell.

“Sean Parnell has a long, well-documented, and disturbing history when it comes to his treatment of women. Sean’s vile actions and attitudes have already cost him his guns, and his home,” said Conor McGuinness, campaign manager for Bartos, at that time. “Enough is enough. We have to hold Sean Parnell accountable for his actions – and if we don’t, it will cost Pennsylvania and our nation dearly.”

Montgomery County author and Fox TV commentator Kathy Barnette, a Republican who is also the running, said, “Now more than ever, we need to focus on what’s in front of us.  Democrats have shown us exactly who they are and what they mean when they say they want to ‘fundamentally change’ our nation.  We reject their change.  That’s why it is vital we select a true conservative to fill this Senate seat in Pennsylvania.  We must elect a candidate who can relate to the hard-working people of Pennsylvania.  Farmers, steelworkers, small business owners – all need a senator who understands their plight with rising gas prices, food prices and the cost to heat their homes.  We are living in serious times and we must focus.

“We must elect a candidate who will passionately defend our American values.  The Republican Party cannot continue to put forward the same-old, cookie-cutter Republican and expect to win this Senate seat,” said Barnette, promising to be that candidate.

Sands, who served as ambassador to Denmark under Trump, did not respond to a request for a comment. However, Sean Gale, a Montgomery County lawyer and Senate candidate, did not hesitate to take a jab at Parnell.

“To be honest, Sean Parnell was a flawed candidate from the very start. Putting aside his scandals and courtroom drama, Sean Parnell never had a path to win both the May primary election and November general election,” said Gale. “Pennsylvania needs a Republican candidate for U.S. Senate who can rally conservative voters in central and western Pennsylvania while simultaneously appealing to Independent voters and soft Democrats in southeastern Pennsylvania.  In truth, I’m the only Republican candidate in the 2022 Senate race who has the unique ability to not only energize and turnout the base, but reduce the margin of defeat in the City of Philadelphia and its deep blue surrounding suburbs. I appeal to voters across the political spectrum because I’m not afraid to expose corruption and fecklessness in my own party.”

Meanwhile, celebrity Dr. Mehmet Oz is rumored to be considering entering the race, with buzz that he plans to buy a house in the Philadelphia suburbs. Others said to be contemplating a bid include David McCormick, a hedge fund CEO, and former Chester County Congressman Ryan Costello. And some in Trump’s orbit are now championing McCormick. 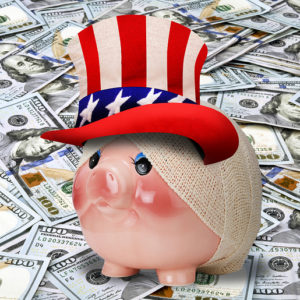 If you follow economic news, you know rising prices for consumer goods are a serious concern. The Bureau of Economic Analysis, for example, reports inflation has hit a 30-year high, and top economists warn it’s only headed higher.

Of course, in Pennsylvania, we don’t need expert forecasts or headlines to understand the reality of rising prices: we see the evidence around us every day. All we have to do is go grocery shopping or fill up the gas tank to see the reality. It’s one of the top concerns I hear about from anxious voters as I’ve traveled the state these last few months. We all recognize we’re spending more to get less — and thanks to the Biden administration’s economic mismanagement, that situation will get worse before it gets better.

The Bureau of Labor Statistics reported in August that the consumer price index increased more than 5.3 percent over the last year. That means the inflation surge is costing each U.S. household an extra $175 per month, according to an analysis by Mark Zandi, chief economist for Moody’s Analytics. For most Americans, that’s a tough burden – which will only grow heavier as prices continue to surge in the months ahead, as expected.

Economists refer to inflation as a “hidden tax” that hits everybody, but it doesn’t affect everybody equally. Working families, seniors on fixed incomes, and anyone who lives on a budget is hit harder. Living paycheck to paycheck? Depend on Social Security for your monthly expenses? Have money in a savings or retirement account? Be prepared to see your long-term purchasing power eaten away by rising prices.

Americans are right to blame Biden for the steep and rapid rise in prices, and they’re concerned by his administration’s reckless push for even more government spending. Americans recognize that printing money and pushing the accelerator on spending will only make things worse and fast.

Biden’s biggest gamble, his gargantuan $4 trillion infrastructure bill (only a tiny fraction of which is dedicated to roads, bridges and real infrastructure projects), will only continue this negative trend. The Republicans and Democrats in Washington who have refused to support the president’s big-spending proposal are doing the right thing trying to stop that train wreck.

We’ve heard a lot about Biden’s supposed moderation, but that moderation is nowhere to be seen lately as the White House pushes every big-ticket spending item from the left’s wish list. So it’s understandable that Pennsylvanians may suspect the entire campaign narrative about Biden’s sympathies for average working Americans was a massive con job.

The question is, what can we do to get surging inflation under control? First, end the spending spree in Washington. Printing money and endless deficit spending are proven losers, but in recent years they seem to be the only items in Washington’s playbook. As the national debt grows ever larger – and let’s be honest, both parties in Washington have contributed to that problem for too long — it’s past time to get serious about restraining runaway spending. That starts with putting a hard stop to Biden’s massive spending plans.

Next, we need to get back to a bipartisan focus on real jobs and growth. The 1980s and 1990s were politically polarized times, but somehow Republicans and Democrats under the Reagan and Clinton administrations managed to work together to nurture a surging economy that created jobs and widely shared economic opportunity. That was achievable once, and we can do it again.

Finally, a word of caution: as the economic problems compound, we should expect that the pro-Biden media and tech industries will go all in to paint a rosy picture, dismiss your legitimate concerns about skyrocketing prices, and even censor discussion of any inconvenient topic that reflects poorly on the president. (I know from experience: When I recently shared accurate inflation data with my followers on Facebook and Instagram, the social media platform flagged my post as “missing context,” a subtle way the tech giants’ censors try to make you doubt truthful information).

Don’t be taken in; trust your own instincts. People can see for themselves the impact that constant cost increases have on their standard of living. Just remember that Biden and his media supporters can’t lie their way out of an inflation spiral – we see the evidence at the check-out counter and the gas pump every day. If we’re going to get inflation under control and restore the economy to health, it’s time to end the business-as-usual spending in Washington and get back to a focus on jobs and growth.