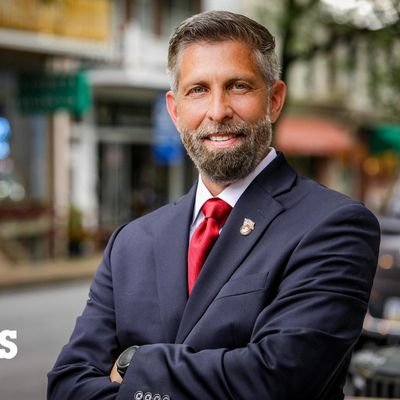 State Rep. Craig Williams (R-Chester/Delaware) was among the representatives chosen to present the impeachment case against Philadelphia District Attorney Larry Krasner to the state Senate.

Williams said he believes he was chosen because of his background as a prosecutor.

Rep. Tim Bonner (R-Mercer/Butler), another representative chosen as an impeachment manager, also has a prosecutorial background as an assistant district attorney.

Williams said though a trial date has not been set he is already preparing to present the seven articles of impeachment against Krasner to the Senate. Removal from office would require a two-thirds majority vote.

“These members exemplify the competency and character required in this moment,” Cutler said. “Their credibility cannot be understated, and each of their diverse experiences and education will help ensure this process is treated with the utmost professionalism and thoroughness. This trial must be transparent and presented at the highest possible standard, something this committee is more than capable of doing.”

After an investigation, the House voted largely along party lines to impeach Krasner, finding that he has not fulfilled his duties as a prosecutor in the wake of rising crime in Philadelphia. The vote concluded a months-long investigation by a House Select Committee examining the city’s recent surge in violence and what role Krasner’s conduct may have played. The committee heard heartbreaking testimony from witnesses who accused Krasner of not seeking justice for crime victims, even as homicides, shootings, and carjackings soared.