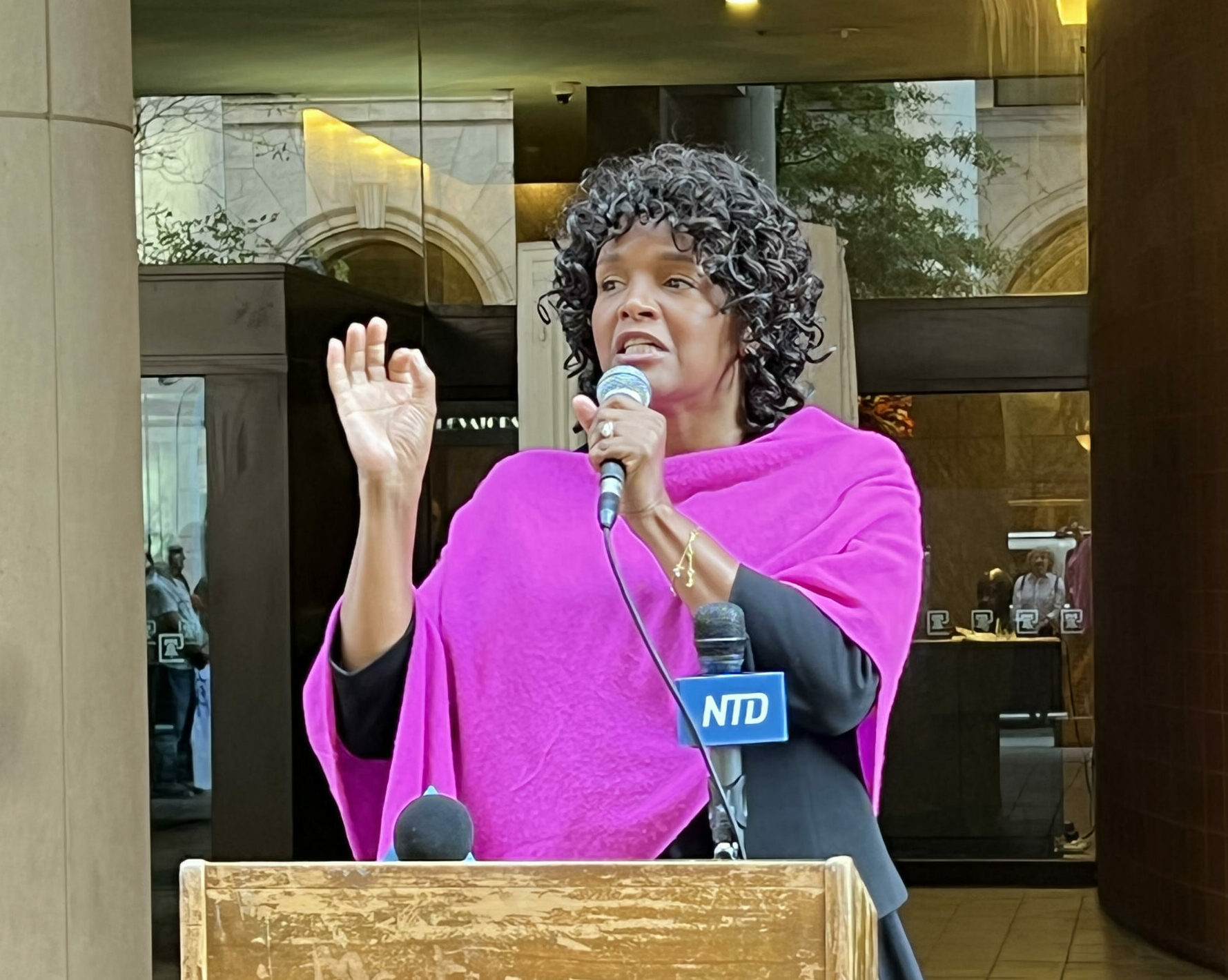 Supporters of anti-abortion activist Mark Houck, taken by FBI agents from his Bucks County home last month, turned out Friday outside the U.S. Attorney’s office to protest his arrest and warn the public:

Houck’s arrest was just the beginning of the Biden administration’s targeting of pro-life Americans.

Houck, 48, of Kinternsville, was charged with violating the federal Freedom of Access of Clinic Entrances Act (FACE) regarding an October 2021 incident outside a Planned Parenthood clinic in Philadelphia. Despite local authorities declining to prosecute, and a private legal action that was also rejected, the Department of Justice chose to arrest Houck and pursue the case.

On Sept. 23, numerous armed FBI agents stormed the Houck’s home, frightening his seven children and wife, Ryan-Marie, even though his lawyers had informed the Department of Justice he was willing to turn himself in, said Peter Breen with the Thomas More Society who represents Houck.

Ashley Garecht, who has prayed outside the clinic in the past, told the 100 or so people who gathered Friday, “Mark has stood in front of that facility for years. He has prayed and counseled often in the face of vile harassment…Sadly this storyline fits all too well in Philadelphia.”

And, she noted, they were just a block away from where President Joe Biden gave his controversial speech about American extremism. Bathed in blood-red lighting and with Marines behind him, Biden spoke ominously about “MAGA forces”  that he called a threat to “the very foundations of our republic” and who are actively working to “undermine democracy itself.” Garecht pointed out Biden included prof-lifers in his remarks as well.

“President Biden made his intentions toward the pro-life community crustal clear in his alarming and malevolent speech in front of Independence Hall,” Garecht said. “Shame on him.”

In a video message released by the Thomas More Society, Breen echoed the message that Houck’s arrest is part of a larger agenda.

“Right here, right now, this is the first big case from the [Biden administration] DOJ,” Breen said. “Let’s beat the DOJ, beat them soundly in a public case that everyone’s following. And then Lord willing, you’ll have Merrick Garland, the Attorney General of the United States, called in front of Congress, to answer those tough questions: Why did you put the health family in such danger? Why are you prosecuting this peaceful man for what is at worst, a local matter at best to local matter?

“And I hope that at that point we will be finished with our trial and we’ll have gotten a not guilty verdict.”

Prominent anti-abortion activist and Fox commentator Kathy Barnette, a candidate in the GOP U.S. Senate primary earlier this year, told the crowd she thought long and hard about whether she should speak because it might lead to the government targeting her.

“What does it say about a nation who would look at the most innocent people and say, ‘You don’t matter. You don’t count?’ And then weaponize the government to intimidate those who understand that that is a life,” Barnette said.

“It is going to cost us from this point forward to say there is such a thing as truth. And I am going to stand and not cower. Ten years ago it would not have cost us what it will cost now,” she added.

Speaker after speaker called on the crowd to pray and at the end of the hour-long protest, most of those present kneeled on the hard sidewalk and prayed the “Our Father.”  Some of the speakers also told the protesters to be sure to vote in November.

Houck’s mother-in-law, Kathleen McCarthy, who also lives in Bucks County, came to the protest, along with some of Ryan-Marie’s eleven siblings.

Asked by Delaware Valley Journal how the Houck family is handling events, McCarthy said, “I will tell you God’s grace is always sufficient. They are trying to bring back what they have built all their married life, a home filled with peace, strength, and grace. And one day at a time.”

Talk radio Host Dom Giordano reminded the crowd Houck is represented by Brian J. McMonagle, “the number one defense attorney in Philadelphia.” And while this case is about the Houck family, Giordano said he hopes the “FBI agents who don’t agree with this stuff do everything in their power to slow down this weaponization against average Americans exercising their rights.”

Giordano noted the irony of Houck’s home “being raided by the FBI with that amount of force while violence and criminal behavior in Philadelphia is out of control.

Among the protesters was Terrisa Bukovinac carrying a sign that said she is atheist, progressive, and anti-abortion. A Washington, D.C. resident, she started the nonprofit Progressive Anti-Abortion Uprising after heading a similar group in San Francisco.

Many Democrats agree that some restrictions are needed on late-term abortion, she said. “There is a lot of common ground.”

And protester Liz Madden of Radnor said she felt compelled to protest after that township passed an ordinance forbidding police to investigate abortion providers, which could result in another Kermit Gosnell, she said, referring to the infamous Philadelphia abortion provider now serving 30 years in prison for serial murder. 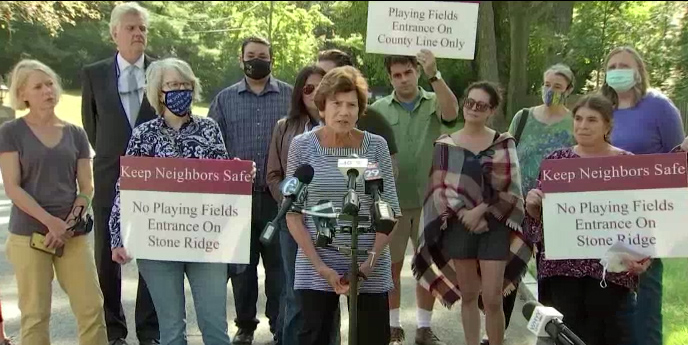