GIORDANO: Republicans For Shapiro Are Backing A Progressive ‘Wolf’ in Sheep’s Clothing 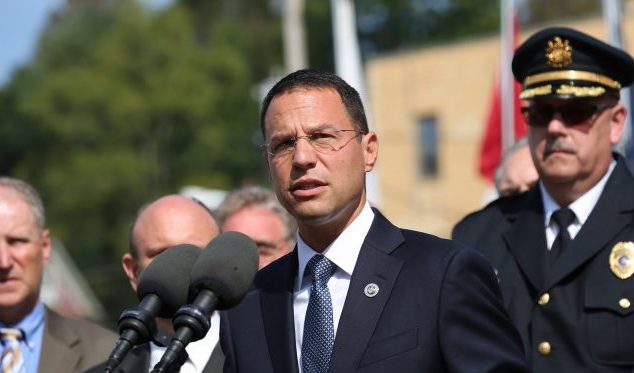 I recently interviewed former Republican Bucks County Congressman Jim Greenwood about the plans of this group and its antagonism toward Mastriano, who they see as outside the Republican mainstream. It quickly became apparent to me that this movement against Mastriano is really targeting the former president and the Trump supporters who have become dominant in the Republican Party.

Greenwood dismissed my questions about the huge inflation that Biden has caused and blamed all of it on Russian President Vladimir Putin and other events beyond Biden’s control. We really squared off when we battled over Trump’s personality and style and the results that Trump achieved. Greenwood and his group are big admirers of the two Bush former presidents. They clearly want to return to what I would call “Country Club Republicanism” — the patrician, understated style of the Bushes and politicians like Sen. Mitt Romney.

This group ignores the fact that the Bushes gave us U.S. Supreme Court Justices like David Souter and John Roberts. That George W. Bush had to be stopped from placing Dallas real estate lawyer Harriet Miers on the court. It was only because of conservative opposition that W. relented and finally nominated the brilliant Justice Samuel Alito.

Trump has given us Justices Neil Gorsuch, Brett Kavanaugh, and Amy Coney Barrett and all three were instrumental in the recent big decisions on abortion, gun rights and religious freedom.

Just as important, during the 2020 election cycle Trump broke through with Latino and African-American men. He did it both with his economic policy and his down-to-earth style. That breakthrough has continued and is reflected in a multitude of Latino voters abandoning the “woke” politics of Democrats on a big range of cultural flashpoints.

In the latest New York Times poll, for example, Democrats and Republicans are statistically tied among Hispanics. That is a political revolution.

After my interview with Greenwood, I’m convinced that his group is so deranged by Trump that they have embraced Pennsylvania Attorney General Josh Shapiro without meeting with him and projecting what he would do as governor. Greenwood admitted this, but told me his group believes Shapiro to be “thoughtful.”

I view Shapiro to be a much more intelligent, energetic, and relentless version of Gov. Tom Wolf. He is someone who will push extreme progressive policies and use his veto pen on an overwhelming basis to stymie the Republican legislature.

Even though it is still early, polling indicates it could be a close race. A USA Today/Suffolk poll conducted June 10-13 has Shapiro leading by just four points, 44 to 40 percent, within the poll’s margin of error. A June 12-19 AARP poll found just a three-point lead,  which is clearly within the 4.4 percent margin of error. It is even narrower when just looking at voters over 50 years old — the most likely voters to turn out in a midterm — where Shapiro leads by a single point.

Even though I think Mastriano is running a very narrow campaign by not campaigning in the Philadelphia area, these polls indicate Biden’s historically high inflation and crushing gas prices are weighing down Shapiro and will continue to hurt him moving forward.

Doug Mastriano is not Donald Trump, and I have a lot of problems with some of his positions. However, Shapiro is not a moderate Democrat and Greenwood and his allies yearning for the Republican Party that did not really connect with rural and working-class Americans have to be defeated along with Josh Shapiro.