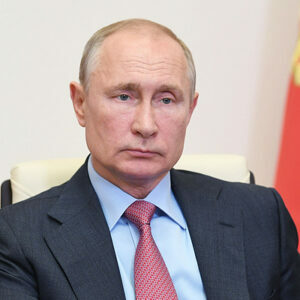 PAWLICKI: Putin’s Disastrous Obsession With the Past

National leaders can change lives for good or bad. Never more so than authoritarians. Vladimir Putin stands out in this assessment—a dictator who continues to harm his country disastrously.

Experts have clearly shown Russia’s prime minister is obsessed, some might say pathologically, with the past. He often has described the collapse of the Soviet Union as “the greatest geopolitical catastrophe of the century.”

His hero is Peter the Great, credited with transforming a declining country into a feared world power. With such a mindset and authoritarian power, Putin is devoted to expanding Russia’s borders to what he considers his country’s geographic empire of yesteryear.

Putin came to power in 2000, a time of great economic distress. An unknown bureaucrat until his surprising selection by Boris Yeltsin, Putin transformed Russia’s moribund economy, averaging 7 percent growth during his first term. It appeared Russia might join nations that have leaped into the modern world.

That optimism was supported by impressions that belied what was to come. President George W. Bush found Putin a straight shooter, famously reporting he had “looked in Putin’s soul and found him trustworthy.” A fanatical adherent of a Russian form of judo, Putin generated feelings of respect for others. He spoke to Bush as a family man.

The hopeful signs were soon overshadowed by Putin’s dark side, reminiscent of his 17 years as a KGB operative. In his 20-plus years in power, Russian troops entered Georgia, where 20 percent of the country is under Russian military occupation. Putin’s forces incorporated Crimea in 2014. Russia first invaded Ukraine in 2014, and a full-scale invasion began in February 2021. This brief account does not detail Russia’s military influence in the Middle East and Putin’s other expansionist efforts.

A surveillance organization, The Alliance for Securing Democracy, reported that “Russia has meddled in the affairs of at least 27 European and North American countries since 2004 with interference that ranges from cyberattacks to disinformation campaigns.”

On the 2022 world’s happiness index, a broad snapshot of how people feel about their life, Russia ranked 80th, in the bottom half of nations assessed, neighboring such African countries as Libya and the Ivory Coast. The United States ranked 16th by comparison, even during our current period of partisan politics.

For all of Putin’s arrogance and bluster regarding Russia being a world power, his country languishes in the lower half of nations. Take away Russia’s nuclear arsenal and its permanent membership in the U.N. Security Council, and Russia would receive little attention on the world stage.

It didn’t have to be that way. Russia’s resources could have taken it along a different path.

Russia’s resources go far beyond oil and gas. It has major deposits of metals, minerals and timber in its vast expanse of land. Climate change will be a disaster for the planet. Russia may be one of the few winners, along with Canada.

Already one of the world’s leaders in food exports, Russia may gain vast new acreage as the climate warms. It ranks No. 3 in arable land supplies, a ranking that is likely to rise given the large swatch of land under permafrost, land to become arable soon. The same climate transformation will open new means of food transport from its northern border.

Russia has discussed the value of diversification beyond oil and gas for decades but has failed to alter its short-term focus on fossil fuel wealth. Perhaps Putin’s focus on Russia as a world power played a role in that decision.

The friendly, respectful Putin is a thing of the past, replaced by his dark and aggressive side. His people and his country will pay an enormous price for his decisions. Instead of creating a land of opportunity, he has tarnished the potential to become a dynamic country. What a shame. What a tragedy for the Russian citizens and the world.

Robert Pawlicki is a retired psychologist and a frequent contributor to the Savannah (Ga.) Morning News. He wrote this for InsideSources.com.