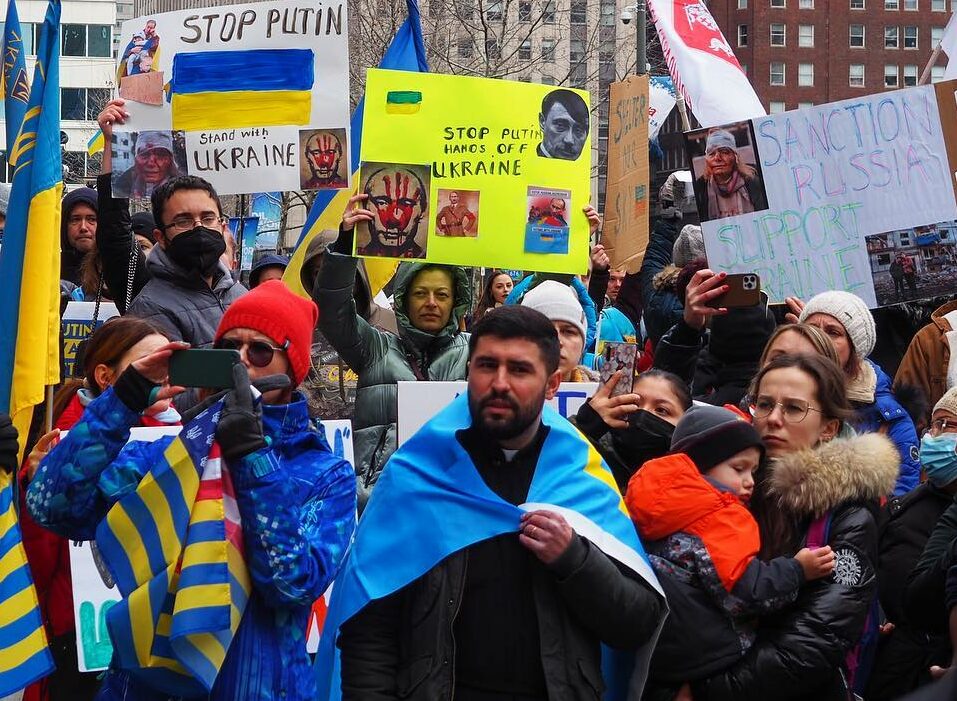 And his fellow Republican, state Treasurer Stacy Garrity, is already on the case.

“In light of Russia’s unprovoked attack against Ukraine, a sovereign and democratic nation, the Pennsylvania Treasury immediately began divesting its holdings in all Russian-based companies last week,” said Garrity. “The divestment will be complete by the end of business today (Monday). While these holdings were very minimal, immediate action was necessary to protect Pennsylvania taxpayers and to show our support for Ukraine.”

Philadelphia and the surrounding suburbs have the second-largest Ukrainian-American population of any urban area in the country, according to the Census Bureau. (New York City has the largest.)

“Clearly the people of Pennsylvania stand with the people of Ukraine and against this unprovoked Russian aggression,” Benninghoff said in a statement. “Over the weekend, the Liquor Control Board pulled Russian-made vodka from its shelves, something I commend, and the Capitol was lit with the colors of the Ukrainian flag. But I think it is time we start moving beyond symbolism and get to concrete action with what Pennsylvania can do to hold Russia accountable and apply pressure to stop this attack on the innocent people of Ukraine as well as the viability of Eastern Europe.”

“The commonwealth’s public funds represent a substantial amount of investment power. We have a moral obligation to ensure that our public fund investments are not inadvertently supporting those who are engaging in an unprovoked invasion of their democratically elected neighbors,” he added.

According to a co-sponsorship memo released Monday, Benninghoff’s legislation would divest the Commonwealth’s holdings in the State Treasury and pension funds from investments that are connected to the Russian government and its critical supporters.

The effort would expand upon Act 44 of 2010’s divesture of the State Treasury and pension funds from investments related to Iran and Sudan.

“As a consequence of Russia’s horrific actions in launching an unprovoked and unjustified attack on Ukraine, the administration is currently reviewing all commonwealth procurement contracts to ensure that we are not providing any financial support to Russia,” said Elizabeth Rementer, the governor’s press secretary. “We support the Treasurer’s action to divest from Russian assets and would review legislation that would further divest from Russian financial assets. We also applaud PLCB for taking swift action to remove and cease selling Russian-sourced products.”