Point: Nuclear Fusion Is the Energy Source of the Future 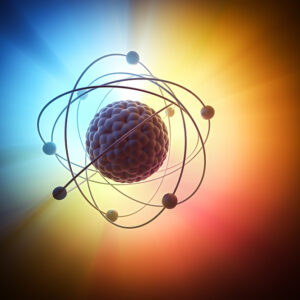 For an alternate point of view see:  Counterpoint:  On Energy Policy, Let’s Live in the Here and Now

Last month, nuclear fusion topped headlines around the world when scientists at Lawrence Livermore National Laboratory in California announced an essential milestone in developing this nascent technology. They achieved “ignition,” meaning more energy came out of a reaction than was needed to make the reaction happen in the first place. Despite some significant remaining challenges, there are strong reasons to believe a fusion-powered future awaits us.

Achieving ignition was only the latest in a series of fusion breakthroughs. For instance, in early 2022, news sources announced that a Chinese reactor maintained a fusion reaction for 17 minutes at 158 million degrees Fahrenheit. That’s about five times the temperature of the sun.

One reason fusion is so promising is that it has the potential to revolutionize the way we power our economy. In theory, fusion can produce almost unlimited energy. The amount of energy released in a nuclear fusion reaction can be many times that of a chemical reaction. Fusion is also carbon-free, which is why it is sometimes labeled as the “holy grail” of clean energy.

There are still major hurdles facing this technology. Some are technological. Attaining ignition was important but not a game-changer, and many more such breakthroughs will need to happen, including improving the efficiency of the reaction many times over.

That said, we know that fusion works. It’s the process that powers stars like the sun. So, while the industry’s obstacles are significant, we have plenty of reason to believe they will be overcome eventually. The main question is when.

Another hurdle is whether fusion can be produced cheaply enough to compete with alternative energy sources, such as wind, solar, coal and traditional fission nuclear reactors. The lack of availability of tritium, which is often used as a fuel source, is an issue. A common form of fusion reactor combines tritium and deuterium to produce helium. Deuterium is not hard to obtain, as it can be produced from seawater, but tritium is extremely rare on earth and decays quickly. This could mean fusion reactors need help with obtaining the necessary inputs they need to operate, which could also make them uneconomical.

There are also risks associated with fusion. Although the risk of an out-of-control meltdown scenario, like what can occur with fission reactors, is a non-issue, fusion reactors still produce significant amounts of radiation that could leak in a crisis situation. Additionally, if unmonitored, fusion reactors can generate fissile materials like plutonium-239, which must be prevented from being produced and falling into the wrong hands.

There are just as many reasons to be optimistic. For one thing, the U.S. government is broadly supportive of fusion. The Biden administration and agencies like the Department of Energy are pumping millions into the technology, and plans are forming to build a fusion pilot plant in the United States. Private-sector investment is also high.

Additionally, fusion reactors rely on a variety of different methods. Some, like the Lawrence Livermore Lab, use lasers, while another common approach uses magnets to guide a super-hot plasma around a donut-shaped chamber called a tokamak. We don’t know what the best approach is. Fusion is ripe for experimentation, and the best thing we can do is encourage as much of it as possible.

One of the sadder legacies of the anti-nuclear movement in the United States is that it sidelined nuclear power for a generation. Now, with all the problems associated with global warming, it’s obvious that this was a huge missed opportunity. We should continue to invest in wind and solar and other sources of green energy, but these won’t revolutionize our economy the way fusion could.

Truly radical innovation will have to come from an energy source like fusion. The breakthrough in California pushed us one step closer to an energy revolution. The real question now is not whether a revolution is possible but whether we have the will to turn the energy future of our dreams into reality.