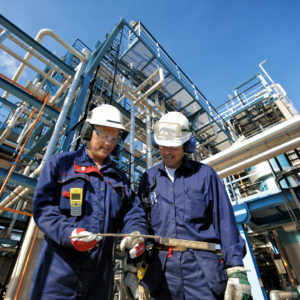 Counterpoint: On Energy Policy, Let’s Live in the Now

For an alternative viewpoint see: Point: Nuclear Fusion Is the Energy Source of the Future

“Still decades and hundreds of billions of dollars away.”

Meanwhile, the Biden administration is thwarting domestic energy development and Congress can’t pass bipartisan permitting reform to make energy siting and transmission more predictable. All this while the nation suffers from the imperfect storm of gasoline and natural gas costs, increasing frequency of blackouts and brownouts, and a greater reliance on foreign energy sources.

Considering the genuine challenges our nation is facing, the U.S. should focus its resources on tangible solutions that are available now.

Around the world, more than 2 billion people live in energy poverty, and millions of Americans struggle to pay for electricity and transportation fuels. Separately, the war in Ukraine has highlighted an over-reliance on Russian natural gas in European countries — a gap that U.S. natural gas could help fill. In fact, the administration has promised more U.S. gas to England and other allied nations despite a history of making it more difficult for U.S. energy companies to extract and transport those resources domestically.

And not only is the federal government an obstacle, but some political and business leaders, like Michael Bloomberg, are underwriting public relations campaigns to end the use of traditional energy sources while they fly on private jets, sail on yachts, and live in mansions. They do not appreciate the struggle for affordable energy, potable water, and good jobs that most citizens of the country, and the world, seek.

The International Energy Administration and the U.S. Energy Information Administration acknowledge petroleum and natural gas will be among the most widely needed fuels for at least the next 50 years, and likely longer. Fuels that are necessary to drive vehicles, heat homes, and cook food.

In addition to leveraging North American petroleum and natural gas supplies, the U.S. has an opportunity to promote the advancement of traditional renewable energy sources. To his credit, President Joe Biden has presided over the largest deployment of solar and wind in U.S. history. Continued investment, coupled with a robust natural gas industry, is the best way to keep our economy strong, reduce carbon emissions and expand our electricity generation capacity.

Biden, working with Congress, secured record investments to accelerate renewable energy sources through landmark laws like the Infrastructure Investment and Jobs Act and the Inflation Reduction Act. Through his Cabinet, departments have established important goals to build America’s budding offshore wind energy industry and increase the generation capacity of solar to help us reduce carbon emissions by the end of this decade. It is a challenge, but one that is within reach.

It is important that the United States, and specifically the Department of Energy, support new and innovative technologies to help us reach a clean energy future. A future that nuclear fusion may be a part of.

However, it is critical that we leverage our current resources to meet the energy demands of today—both domestic and global—by allowing U.S. energy companies to develop and transport the traditional energy resources that we have domestically. This will help lower the cost of energy, grow our economy and support our allies while greening our environment — all without waiting decades and spending hundreds of billions more dollars hoping for the best possible result from a cool science project.

Craig Stevens is a spokesman for Grow America’s Infrastructure Now.