Hatboro Man Was Hidden From Nazis by Nuns, Priests as a Child During Holocaust

Goldsmith, 90, now tells students about what happened to him during the Holocaust through the Holocaust Awareness Museum and Education Center (HAMEC) at Keneseth Israel in Elkins Park. Goldsmith tells his story so the younger generation will know what happens when people hate.  Recently, Goldsmith spoke to Delaware Valley Journal while filming a documentary with filmmakers Jill Frechie and John Ricciutti of Main Line TV.

In May 1940 Nazi soldiers invaded Belgium. Goldsmith, his parents, Ruchel and Chaim, and his baby sister, Lillian, fled Antwerp on foot but did not get far before they were caught. They returned to their house and “tried to re-establish a normal life,” he said.

“But very soon the Germans came out with the anti-Jewish decrees. The decrees were very severe and very cleverly done over a period of time. They restricted our movements and our civil rights.”

“Teachers, doctors and lawyers were eliminated from their professions,” he said.  Jewish business owners had to put up signs that the business, showing that was owned by Jews. Gentiles were told not to shop there. Then, they imposed a curfew.

“Just because we were Jewish, we could no longer enter public places,” like parks, movies or museums, he said. Jewish children were barred from public schools and Jews were made to wear yellow stars.

“I remember wearing my yellow star on my jacket,” he said. “In the beginning of 1942, my father was given a notice in the mail to go to a forced labor camp. I remember my parents discussing it.”

“He felt he could survive,” said Goldsmith, because he was only 39 and strong. “There were two things (his parents) didn’t know. Number one: the existence of concentration camps. Number two: the initiation of ‘The Final Solution,’ which was the total destruction of the Jewish population in Europe.”

On Aug. 15, 1942, his mother, sister and 10-year-old Goldsmith went to the train station to say goodbye to his father. It was the last time he saw his dad, who the Nazis sent to Auschwitz, after the work camp.

“It was a scene that I will never forget,” said Goldsmith. “There were thousands of people there, saying goodbye to their loved ones, a lot of hugging and kissing.”

“Most of all, I remember the words my father said to me: ‘You’re the little man of the house now. So you have to help take care of your mother and sister.’”

Soon afterward, in the middle of the night, military trucks blocked their street at both ends, and Nazi soldiers went door to door dragging out Jewish families.

“It was very, very easy for them because we had registered,” said Goldsmith. “They knew exactly where we lived.”

The attic where Danny hid

His mother’s bedroom was in the front of the house and she heard the noise and commotion and looked out the window and saw what was going on. She grabbed a blanket, him and his sister. She hurried them up a ladder and through a skylight to the roof.  They laid down flat behind the cornice that hid them. Eventually, they heard the soldiers break down their door and a lot of noise in the house below.  One German soldier went up the ladder and checked the roof but did not see them in the darkness, hiding under the blanket.  They waited until the noise was over and went back down to see the soldiers had wrecked their house.

His mother knew a neighbor who was a police officer but also a member of the Belgium underground and went to him for help. He smuggled the family to a Catholic convent. There his mother left the children.  Years later Goldsmith learned that she also joined the resistance, becoming a messenger.

His mother told him to do whatever he had to to survive, so although they were Orthodox, he ate non-kosher food.

“Only Mother Superior knew who we were,” he said.  Around Christmas time, his mother came because she’d learned that convent was about to be raided by the Nazis. So she took her children and warned the mother superior about the raid, possibly saving the lives of other Jewish children and the nuns who harbored them.

A gentile family took in Lillian and his mom sent Goldsmith to a Catholic boys’ orphanage. The priest in charge gave him a false baptismal certificate and changed his name.

“He figured it was too dangerous for me to stay there for too long, and he switched me to another orphanage that he ran.

“I continued being a good Catholic,” he said. “I went to church every day. And in the second orphanage, I even became an altar boy. I went to parochial school.”

But the Nazi soldiers raided that orphanage in May 1944.  They had all the boys undress and only the Jewish boys were circumcised.

After questioning, the boys were put on a freight train with other Jewish children. On their cattle car was a 16-year-old boy named Joseph who had hidden a metal rod in his boot.  He began prying off the wooden boards as the train rolled along.

Joseph told the boys they would need to jump when the train slowed down and that they should roll away from the tracks so they wouldn’t get hurt. Goldsmith was afraid to jump through the opening, but Joseph grabbed him and threw him off.  The boys found a place to hide but had no water or food. They were cut and bruised and their cuts began to get infected.

Joseph walked to a nearby village, went to the rectory, and asked a priest for help. The priest placed each boy with a Catholic family in the village.  A family hid Goldsmith in their attic and he could only come out at night “for some fresh air.”

Shortly before the war ended, his mother was injured by Allied bombs that struck the town of Namur.  She lost a leg and nearly bled to death.

“In the fall of 1944 we were liberated by the American soldiers,” he said. He found his mother and reunited with her through the Belgium Red Cross.

Before the war, an uncle had immigrated to America and through his auspices, Goldsmith and his mother and sister were able to come to America when the war ended.

That uncle, who served in the U.S. Army and sought out the family, was also able to retrieve Lillian because the family who she was living with refused to give her back to their mother.

Eventually, Goldsmith found records at the U.S. Holocaust Memorial Museum in Washington, D.C. that showed his father died at Auschwitz, gassed by the Nazis shortly after his arrival. He is still amazed that the Nazis kept such detailed records of their atrocities.

Once in the U.S., Goldsmith quickly learned English. He lived the American Dream, first in New York, then moving to the Delaware Valley in 1983 when his company transferred him to Horsham.

Goldsmith and his former wife, Susan, had three children, Tamar, Hy,and Ira, who died when he was in his 30s.  Goldsmith has four grandchildren. 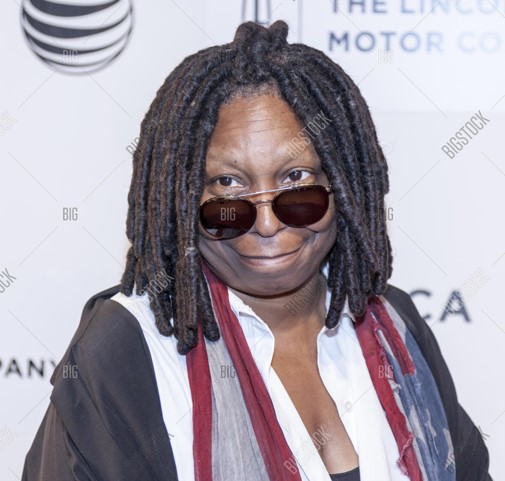 Personal Disclosure: My mother’s maiden name was Goldberg. Nevertheless, I have no knowledge of any family relationship to Whoopi Goldberg.

Ms. Goldberg later clarified her comment and acknowledged the Holocaust was also about race.  She then apologized for any unintentional hurt feelings.  I reject her apology because I don’t believe she needed to offer one. I think we, as a society, need to have room to revise our arguments in order to fine-tune our beliefs. Maybe I’ve been reading too many Socratic dialogues, but I was taught that the path to truth involves intellectual exchange, not cancellation or suspension.

When Goldberg said the Holocaust was not about race, she might have reminded her viewers how fuzzy the term “race” is.  When my father arrived in this country in September 1939, just after the Nazi invasion of Poland, he, like all European Jews, was not ascribed whiteness by the Christian culture of America. Our “off-White” status did not get bleached until after World War II when Nazi “science” became discredited. As modern scientists have subsequently explained, the idea of race is a human construct without a biological basis.

Had Goldberg known more about Holocaust history, she may have reminded her viewers that in May 1940, Heinrich Himmler drafted a memo entitled, “Some Thoughts on the Treatment of the Alien Population in the East.” Himmler recommended scouring Poland to locate children who appeared to be “racially first class,” kidnap them, transport them to Germany, and have them raised as proper Aryans.  All this despite the Nazi rhetoric that Poles, like all Slavs, were racially inferior to Aryans. In other words, when it came to raising future German soldiers for their delusional visions of world conquest, the Nazis were happy to ignore their racial theories.

Goldberg misspoke a truth of which she was unaware. She quickly clarified and apologized. That the leadership of ABC is so beholden to the worst impulses of cancel culture which penalizes people who are engaged in civil discourse is the real cause for an apology.