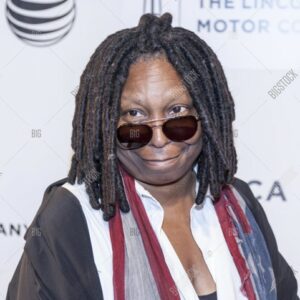 Personal Disclosure: My mother’s maiden name was Goldberg. Nevertheless, I have no knowledge of any family relationship to Whoopi Goldberg.

Ms. Goldberg later clarified her comment and acknowledged the Holocaust was also about race.  She then apologized for any unintentional hurt feelings.  I reject her apology because I don’t believe she needed to offer one. I think we, as a society, need to have room to revise our arguments in order to fine-tune our beliefs. Maybe I’ve been reading too many Socratic dialogues, but I was taught that the path to truth involves intellectual exchange, not cancellation or suspension.

When Goldberg said the Holocaust was not about race, she might have reminded her viewers how fuzzy the term “race” is.  When my father arrived in this country in September 1939, just after the Nazi invasion of Poland, he, like all European Jews, was not ascribed whiteness by the Christian culture of America. Our “off-White” status did not get bleached until after World War II when Nazi “science” became discredited. As modern scientists have subsequently explained, the idea of race is a human construct without a biological basis.

Had Goldberg known more about Holocaust history, she may have reminded her viewers that in May 1940, Heinrich Himmler drafted a memo entitled, “Some Thoughts on the Treatment of the Alien Population in the East.” Himmler recommended scouring Poland to locate children who appeared to be “racially first class,” kidnap them, transport them to Germany, and have them raised as proper Aryans.  All this despite the Nazi rhetoric that Poles, like all Slavs, were racially inferior to Aryans. In other words, when it came to raising future German soldiers for their delusional visions of world conquest, the Nazis were happy to ignore their racial theories.

Goldberg misspoke a truth of which she was unaware. She quickly clarified and apologized. That the leadership of ABC is so beholden to the worst impulses of cancel culture which penalizes people who are engaged in civil discourse is the real cause for an apology.

Shai Cherry is the rabbi of Congregation Adath Jeshurun in Elkins Park. He wrote this for Delaware Valley Journal.