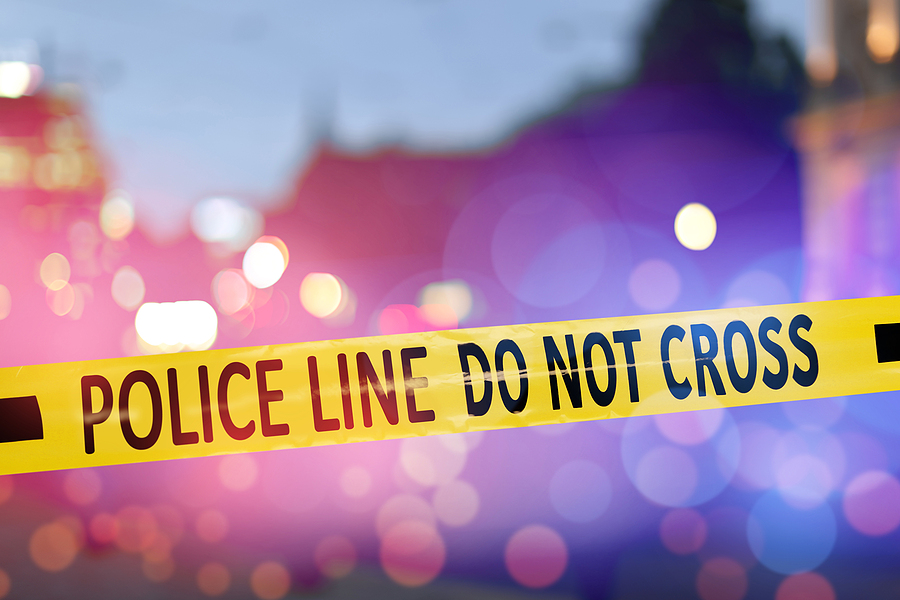 Comic Collection owner David Schwartz operated in Feasterville for decades without problems, until two masked men barged into his establishment last month while he was doing inventory.

One claimed to be searching for his wallet, but shocking footage showed one of the men swiping a ladder out from underneath the store owner’s feet with the ferocity of a linebacker as he reached for a statue on a shelf. Schwartz tumbled to the ground, cracking his ribs as the two men beat and kicked him, then bound him with zip ties. One brandished a knife, and the men demanded Schwartz instruct them how to open the cash register before stuffing about $16,000 worth of merchandise into duffel bags.

Before leaving the store, they lifted one final keepsake off Schwartz – a Mickey Mouse watch his father bought him as a boy. Luckily, a neighbor noticed the suspicious men and called police who rescued the store owner.

“I’m very happy that I’m here today to talk to you about this. I don’t want to see it happen to anyone else ever,” Schwartz said during a state House committee hearing convened last week by lawmakers raising alarms about crime infiltrating the suburbs of Philadelphia.

Law-enforcement officials from Bucks and Montgomery counties testified about a stark uptick in violent crime and property crimes and identified increasingly scary drug trends in other parts of the state. There were reports of fentanyl being packaged up like “Skittles and Razzles” along with another deadly drug, xylazine, known as “tranq,” that has overtaken Philadelphia’s heroin and fentanyl supply.

Some former prosecutors and law-enforcement officials attribute it to a “spillover effect” from Philadelphia, which set a record for homicides last year and has seen more than 1,000 carjackings in 2022.

“It’s the disorder in Philly. It’s an open-air crime market, and they’re not prosecuting any crimes. It’s the Kranser effect,” said Tom Hogan, former Chester County district attorney, referring to the city’s progressive DA who lawmakers are trying to impeach.

In Cheltenham, for example, the number of strong-armed robberies has doubled, Sgt. Michael Moore said. In Warrington, about 35 miles north of Philadelphia, Police Chief Dan Friel testified about a more than 360 percent spike in credit card frauds from last year, along with several robberies of the local Target. Many out-of-town fraudsters come to Warrington to commit crime knowing they’re less likely to be recognized.

Separately, Guy Ciarrocchi, a Republican running for Congress in Chester and Berks counties, told DVJournal about a carjacking at a Target in Devon, an armed robbery at a Whole Foods in Tredyffrin and a stabbing at a Bertucci’s on Lancaster Avenue in Wayne.

“These guys are like our Border Patrol,” Rep. Frank Farry (R-Langhorne) said during the hearing of law enforcement’s efforts to contain the spread of violence.

It’s hard to determine whether crime is up statewide after the FBI transitioned to a new data collection system, called the National Incident-Based Reporting System. The FBI estimated that murders rose 4 percent nationwide compared with 2020 while overall violent crime was down about 1 percent. But the report was incomplete because thousands of law enforcement agencies hadn’t submitted data, according to the Marshall Project. Only 40 of more than 1,500 in Pennsylvania had done so.

In Bensalem, Public Safety Director Bill McVey said of the more than 3,800 crimes reported to his department in 2021, about 1,700 were serious offenses such as murder, rape and robber.

Crime was up about 12 percent from the previous year, and 42 percent of arrests in 2021 were people from Philadelphia, some out on bail for other crimes, McVey said.

Officials say the spike is due to several factors that included laxer prosecutions of certain crimes in the city, decriminalization of retail thefts under $500, lack of proactive policing that has hamstrung Philly officers and an increase in people who resorted to drugs to cope with mental health issues exacerbated by COVID-19.

“Crime is very real here,” Rep. Todd Polinchock (R-Chalfont) said at the hearing. “A lot of folks are worried for themselves, their kids. There’s a rash of crime going on now and we have to get ahold of it.”

Matt Weintraub, the Republican district attorney of Bucks County, claimed about 70 percent of crimes in in Bucks County were related  or fueled by drugs and alcohol.

With an influx of cases overwhelming local medical and jail systems, Weintraub has pushed for the county to build a crisis stabilization unit, dubbed “Stable U,” on land that could be acquired from a local health provider for $1. Local government officials so far secured $5 million toward the project, which needs another $5 to $7 million to get off the ground, Weintraub said.

“We’ve been knocking at the door. Let us be the guinea pigs,” he told legislators. “We mean business. We just need more funding.”

Others say solving crime in the region is tied to cracking down on repeat offenders.

Some law-enforcement officials voiced support for a proposal from Farry that would require mandatory minimums for convicted felons found with guns, with penalties starting off with 11 months in the slammer and increasing to five and 15 years for subsequent offenses.

McVey said it’s one less tool for Philly cops. And it’s been an effective one for Buck County cops, who stop between 10,000 to 14,000 vehicles each year, often leading to discovery of other crimes, McVey said.

Gun seizures in the township are up 62 percent the last two years.

“Many of these guns are seized as a result of proactive measures which prevent shootings and tragedies from occurring,” McVey said.

Thinking of a Staycation? Here’s What the Delaware Valley Has to Offer 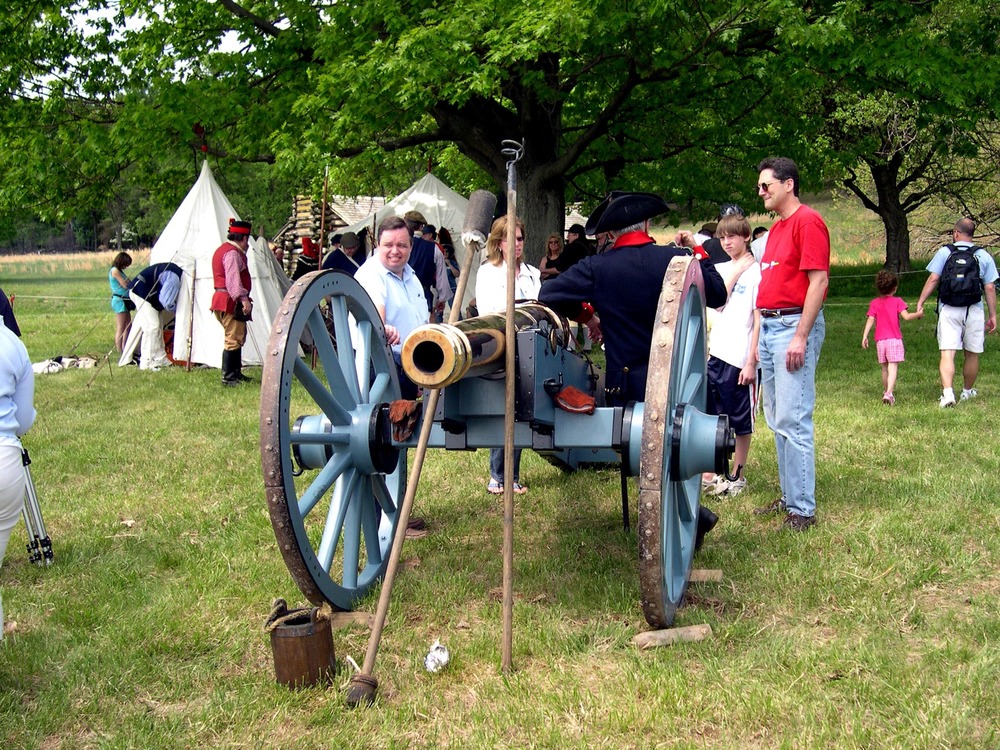 Fifty-three percent of Americans say the price of gas will limit their travel plans, according to a survey by Harvest Hosts released in early May. That figure was especially high with older travelers. A Rasmussen Reports survey released last week also revealed 57 percent said gas prices are affecting their vacation travels.

If residents do choose a staycation, they would join a trend of more residents staying local for travel in recent years, local tourism officials said.

Rachel Riley, assistant vice president of communications at the Valley Forge Tourism & Convention Board, said the pandemic already has been increasing the number of staycations.

That trend is still elevated, Riley added. She says she thinks that is because people are now interested in exploring their backyard.

President and COO of Visit Bucks County Paul Bencivengo said despite increased interest in locals’ own neighborhoods, there is still more to see.

“I guarantee, there’s a new shop, bakery, something to do, that you haven’t seen before,” he said. “A lot of our partners used (COVID) to maybe do some upgrades, as well as even bring new programming onboard, and new exhibits.”

Nina Kelly, director of marketing and communications for the Chester County Conference and Visitors Bureau, suggested visiting lesser-known gems throughout the region.

“A lot of people don’t know all of greater Philadelphia is America’s Garden Capital,” she said. “There are a lot more gardens than just Longwood.”

With more than 30 gardens within 30 miles of the city, Kelly said visitors can feel a world away from home.

Other suggestions for activities in Chester County include visiting Baldwin’s Book Barn, a five-story bookstore home to more than 300,000 texts. Or travel over to West Chester to experience the American Helicopter Museum & Education Center, one of the few museums in the country dedicated to rotary flight.

Kelly also thinks the Brandywine River Museum of Art, featuring Wyeth family works, is a must-see for residents who want to understand the rich history the area has and don’t want to take it for granted.

For perfect family activities, Riley suggested the Elmwood Park Zoo, Legoland Discovery Center in Plymouth Meeting, and Arnold’s Family Fun Center in Oaks just to name a few. With the King of Prussia Mall, Philadelphia Outlets, and many main street business destinations across the area, there is no shortage of shopping options.

Riley added a summer savings pass is available for download for consumers to get exclusive savings at participating restaurants and attractions. There is also Crave Montco Month all of July, which Riley described as “restaurant week on steroids.”

And if you want to make it a real getaway, Riley said Montgomery County has 80 first-class hotels.

Bencivengo said residents can visit Upper Bucks for more outdoor activities, like at Lake Nockamixon, Ringing Rocks Park, and Van Sant Airport. Plus, there is access to main streets like Quakertown’s to satisfy consumer needs.

In Lower Bucks, visit the estate of William Penn at Pennsbury Manor, or see a show at the Bucks County Playhouse or Bristol Riverside Theater. Sesame Place is perfect for the family, while adults may prefer to explore the wide variety of wineries, distilleries, and breweries throughout the county.

And whether you prefer commercial options or boutique hotels and bed and breakfasts, there are a plethora of places to stay overnight.

By staying close to home, all three officials added you are not just saving money out of your own pocket, you are also helping local and typically small businesses survive. And with so much to offer, they think doing so is the perfect summer plan.

“This is affordable,” Riley said about vacationing in the area. “It’s a great location, easy to get to, but still tons of quality.”