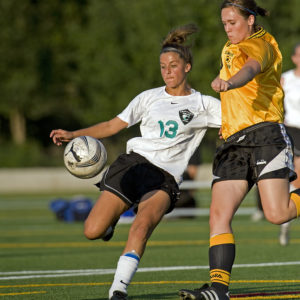 According the bill’s Co-sponsorship memo, “the opportunity for girls to compete on a level playing field must be protected.  Title IX was designed to stop discrimination and create equal athletic opportunities for women. However, allowing biological males to compete in girls’ sports reverses nearly 50 years of advancement for women.”  The legislators took aim at the Biden Administration’s Executive Order requiring that biological males be permitted to participate in women’s high school sports.

“Allowing biological men to compete in female sports destroys competition and women’s athletic opportunities,” said Representative Martina White (R-Philadelphia).  “The solution is the Fairness in Women’s Sports Act, which would ensure all female athletes have a level playing field to compete and win. Science and common sense tell us that males are generally bigger, faster and stronger than females…These are all advantages that cannot be undone.”

The legislators claim that even if male or female athletes are given controversial hormone blockers an unfair advantage still exhibits.  They also made clear, this bill does not add an extra examination or hurdle to competing in women’s sports. The required physical to participate in high school and college sports would reveal biological gender.

According to Representative White, “under the law we are proposing a student who is deprived of athletic opportunity or who suffers from direct or indirect harm as a result of a violation of this act, by a college or public school, would be able to bring a cause of action for injective relief for psychological or physical damage and the cost involved in filing the lawsuit against the college or high school. For competition to remain fair, we must ensure that females compete with other females.”

Governor Wolf has signaled he would veto any legislation to ban transgender athletes.  The Legislative LGBTQ+ Equality Caucus also came out opposed to the legislation, claiming the legislation is seeking to “fuel a culture war.”

“It’s really disappointing and troubling that women in the majority party of the State House of Representatives would take the time and energy to prioritize and amplify legislation that doesn’t actually address any real problem,” said state Sen. Katie Muth, (D-Berks, Chester, and Montgomery).

“Unfortunately, there’s a nationwide effort driven by political organizations to use this waste of time and resources to fundraise and spread their harmful agenda.” said Muth. “What’s further baffling is the claim that this legislation would advance or ensure fairness in women’s sports. I would advise the sponsors of this legislation to consider pulling this bill and instead introduce legislation that has substance and positive impact.”

There has been no commitment to by House Leadership to hold hearings or schedule a vote on the bill at this time.