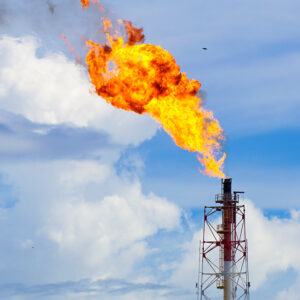 Last fall, Congress began weighing a methane fee as a component of their “Build Back Better” spending bill. That legislation is now in question in light of Sen. Joe Manchin’s (D-W.Va.) opposition.

The intent of the fee is to reduce the amount of methane emissions originating from the extraction, production, and conveyance of natural gas. Natural gas is commonly used to power homes and businesses in the U.S., particularly in New England states like Maine and New Hampshire.

As the nation moves forward with adopting more renewables, natural gas remains a critical fuel for winter heating, cooking, and baseload electrical power production. Over 30 percent of New Hampshire’s power generation is currently produced from natural gas. For several reasons including colder temperatures in the northeast, increasing demand, pipeline capacity constraints, and evolving public policy, it is expected that natural gas costs to the end consumer will be significantly higher over the next 12 months in New England and other high demand locations across the country.

As debate takes place over whether or not this new fee might serve to reduce possible methane leakage, it might also be valuable to better understand what techniques and technologies are currently in place to mitigate methane leaks and emissions.

There are three main components of the natural gas extraction and transmission process – upstream, midstream, and downstream. Upstream production is where natural gas is sourced initially from deep underground and brought to the surface through tightly regulated drilling processes within a series of steel pipes. From there it moves through a midstream transmission system that initially gathers the gas from upstream wellheads and conveys it longer distances through interstate transmission pipelines. Along that transmission system there are numerous locations where the gas exits to be utilized by consumers.

The prevention of fugitive methane emissions is critical in the design and operation of all stages of natural gas production and transmission. Broadly across the U.S., over 33 state environmental regulatory agencies have been developing more uniform well site inspection protocols to examine these locations for possible emissions from production wells and from storage tanks onsite. Leak Detection and Repair, or LDAR, is used for onsite determination of possible fugitive emissions and repair.

On a larger scale, satellite monitoring of wells now has the resolution capacity to be able to isolate unique upstream well locations in need of immediate repair. Ongoing university research in five of the largest producing basins across the U.S., has highlighted that upstream fugitive methane emissions from natural gas production, are often concentrated at a smaller number of well site locations versus a widespread issue with most wells across a natural gas production basin. Newer detection and monitoring technologies, which identify mechanical issues at problematic wells, are allowing them to be fixed in a timely manner.

The overhead monitoring of entire production basins by satellites, in joint efforts between environmental organizations and the natural gas industry, is offering stronger oversight and greater capacity to find and fix fugitive emissions at the wellsite. These measures and innovative technologies help reduce methane emissions.

A closer look at the midstream aspects of this same natural gas system highlights rapidly increasing efforts to meet our country’s aggressive emissions goals. This is being accomplished through deploying new technologies and innovative practices. For example, some operators have replaced gas-powered components with air-operated pneumatics. Companies have captured and reused natural gas during scheduled repairs. They have incorporated widespread use of electric powered gas compression motors, and employed a greater utilization of solar-powered production equipment in remote areas.

Beyond specific technologies, or a proposed new methane fee, it is notable to see a swiftly shifting energy marketplace driving the rapid transition to reduce methane emissions. Efforts such as third-party certification of these methane reduction outcomes through programs like Project Canary are driving market-based incentives for natural gas producers and pipeline companies, to sell to a growing number of buyers looking for responsibly produced energy. Through ESG initiatives, energy companies can continue to be part of the transition in order to reduce methane emissions, domestically and globally, absent the need for a legislative fix.

Considering the variety of new and evolving technologies and monitoring processes being deployed to mitigate and reduce methane emissions, it is reasonable to expect the U.S. will see a stronger downward trend in methane emissions in the near term. 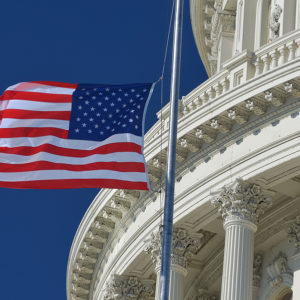 Friday’s vote to pass the House version of President Joe Biden’s “Build Back Better” social spending bill sparked an immediate reaction from Pennsylvania’s elected officials and politicians. Democrats like U.S. Rep. Chrissy Houlahan called it “the largest investment in the middle class in a generation,” while GOP U.S. Senator Pat Toomey denounced it as “radical stuff.”

Details on the tax-and-spend legislation are so unclear its exact price tag is still uncertain, with estimates ranging from $1.5 to $2 trillion in new spending over the next decade. And that’s on top of the $1.9 trillion “American Rescue Plan” and the $1.2 trillion infrastructure bill passed earlier this year. That brings the House’s one-year spending total to an additional $5.1 trillion

A might be expected, views of the House vote fell along party lines.

“I think that the Democrats in D.C. are tone deaf,” said state Sen. Pro Tempore Jake Corman, (R-Centre), a GOP candidate for governor.

“Joe Biden and congressional Democrats’ ‘Build Back Broke’ legislation is devastating for America’s working families. Rather than dealing with their own self-created inflation and supply chain crises, Democrats in Washington choose to allocate more money to liberal pet projects at the expense of Pennsylvania taxpayers,” said Bartos. “This tax-and-spending legislation is not only unpaid for but will put the burden on our children and grandchildren to pay for this irresponsible governing.”

Democrats, on the other hand, were elated.

“President Biden recognizes that this plan, which includes many issues that I have prioritized throughout my administration, will make child care, home care, education, health care, and housing more affordable for hardworking families, as well as address the climate crisis,” said Gov. Tom Wolf. “It will build on the recently enacted Infrastructure Investment and Jobs Act by investing in the middle class, our economy, and our environment. It gives people the opportunities and resources they need to have a better quality of life.

“The president’s ongoing commitment to addressing climate change will benefit our environment, our economy, and even our utility bills,” Wolf added. In fact, the bill as passed by the House is likely to increase energy prices, many experts agree.

“This is radical stuff. Let’s be honest. This is transformative by design,” Toomey said. “The Wharton School says this is $4.6 trillion of spending, and . . . it’s mostly about expanding the welfare state to the middle class. [Democrats have] got all kinds of new programs—some don’t even have any income limitation and on those that do, it is extremely high. This kind of total transformation of the relationship between middle-income Americans and the federal government is not what people were voting on in last election.”

Every Pennsylvania Democrat voted for the spending bill while every Republican — including DelVal’s U.S. Rep. Brian Fitzpatrick — voted against it.

“Regrettably, instead of coming to the table to negotiate on the social spending reconciliation package, House Democratic leadership decided to take the completely opposite approach when they hastily forced Build Back Better through the House on a totally partisan vote,” said Fitzpatrick (R-Bucks). The country would be better served by working on “skyrocketing inflation, workforce shortages, supply chain disruptions, and economic competitiveness with adversaries like Communist China,” he added.

“At a time when so many Pennsylvanians are feeling the economic pressures of global inflation and rising prices, this bill helps to lower the costs of a household’s biggest expenditures: health care, housing, child care, and more,” Houlahan said in a statement. “The Build Back Better Act is fiscally disciplined while also addressing the most pressing issues of our time.

“For too long, too many hardworking families in Chester and Berks counties have been struggling to stay afloat – and the pandemic further exposed the systemic issues that are shrinking the middle class. But today, we took action to make our economy work for everyone.”

And U.S. Rep. Madeleine Dean  (D-Montgomery) said, “This legislation will lower the cost of child care and family care, lower the cost of health care, and combat climate change. The passage of the Build Back Better Act follows President Biden’s signing of the bipartisan Infrastructure Investment and Jobs Act into law on Monday. Together, the infrastructure bill and the reconciliation bill will transform our nation’s infrastructure and economy and support working families. The Build Back Better Act is fully paid for through taxes to big corporations and ultra-wealthy Americans.”

Democrats like Dean insist the bill as passed is “paid for,” echoing President Biden’s claim the spending won’t add to the deficit. However, the Congressional Budget Office and nearly every independent fiscal watchdog report the House bill would add at least $100 billion in new debt.

“Democrats have completely abandoned hardworking Pennsylvanians,” said Allie Carroll, a spokeswoman for the Republican National Committee, “which is a huge tax cut for the wealthiest Americans and a slap in the face to Keystone staters who are already experiencing skyrocketing prices and economic hardships thanks to Biden. This reckless vote will cost Madeleine Dean, Chrissy Houlahan, Susan Wild, Matt Cartwright, and Conor Lamb their seats next November.”

She predicted it would increase inflation, taxes, and contrary to what Biden said, is not paid for.

The legislation now goes to the Senate, where its fate is uncertain. Toomey says he hopes the process will help Americans learn more about what the bill actually does.

“The American people are not on board on this, so we are continuing to drive the message about how damaging this would be, how much this would cost, how much it would add to inflation, to our deficits, the tax increase. And, this is part of the political process: Have this debate,” Toomey said. 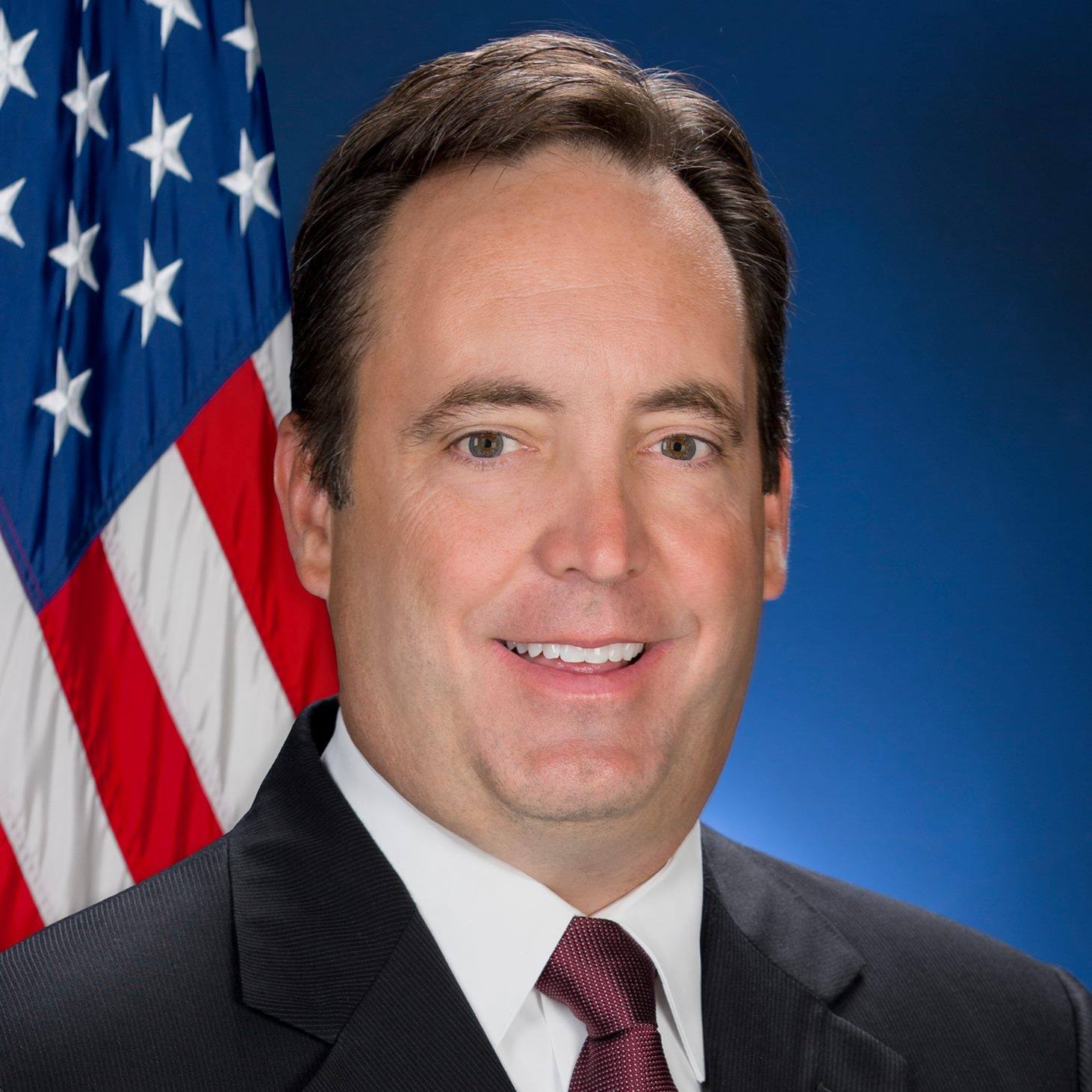 “I think the Democrats in D.C. are tone deaf,” Corman said. “They looked at the results of Virginia and said, ‘Well, we’re just not doing enough. That’s why we lost in Virginia,’ and nothing (is) further from the truth. Is what happened to Virginia? What happened…in New Jersey? It wasn’t that they weren’t progressive enough. It’s that they were too far progressive.”

The bill, which the Congressional Budget Office projected will add roughly $250 billion to the federal debt, passed the House on a party-line vote with one exception: Rep. Jared Golden (D-Maine) voted no. It now goes to the Senate where major changes are expected.

Corman says she believes the ideological extremism of this bill, which mixes social welfare spending and green energy subsidies, will help Republicans next year.

“All the polls are showing in the generic ballots, Republicans are nine, ten points up. If you’re Josh Shapiro, you’re gotta be pulling your hair out, thinking ‘What the heck happened?’

“Ever since this progressive movement has taken over the Democratic Party, you’ve seen Republicans do very well at the polls. Even in 2020, when President Trump lost, Republicans won nationwide. I can tell you from our own state Senate and state House races in Pennsylvania, we won almost every close race there was.

“Republicans are going to win next year,” Corman added.  “I’m confident of that.”