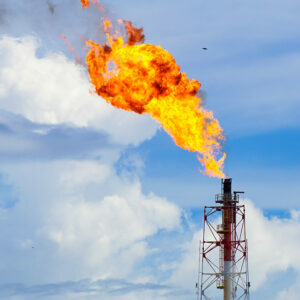 Last fall, Congress began weighing a methane fee as a component of their “Build Back Better” spending bill. That legislation is now in question in light of Sen. Joe Manchin’s (D-W.Va.) opposition.

The intent of the fee is to reduce the amount of methane emissions originating from the extraction, production, and conveyance of natural gas. Natural gas is commonly used to power homes and businesses in the U.S., particularly in New England states like Maine and New Hampshire.

As the nation moves forward with adopting more renewables, natural gas remains a critical fuel for winter heating, cooking, and baseload electrical power production. Over 30 percent of New Hampshire’s power generation is currently produced from natural gas. For several reasons including colder temperatures in the northeast, increasing demand, pipeline capacity constraints, and evolving public policy, it is expected that natural gas costs to the end consumer will be significantly higher over the next 12 months in New England and other high demand locations across the country.

As debate takes place over whether or not this new fee might serve to reduce possible methane leakage, it might also be valuable to better understand what techniques and technologies are currently in place to mitigate methane leaks and emissions.

There are three main components of the natural gas extraction and transmission process – upstream, midstream, and downstream. Upstream production is where natural gas is sourced initially from deep underground and brought to the surface through tightly regulated drilling processes within a series of steel pipes. From there it moves through a midstream transmission system that initially gathers the gas from upstream wellheads and conveys it longer distances through interstate transmission pipelines. Along that transmission system there are numerous locations where the gas exits to be utilized by consumers.

The prevention of fugitive methane emissions is critical in the design and operation of all stages of natural gas production and transmission. Broadly across the U.S., over 33 state environmental regulatory agencies have been developing more uniform well site inspection protocols to examine these locations for possible emissions from production wells and from storage tanks onsite. Leak Detection and Repair, or LDAR, is used for onsite determination of possible fugitive emissions and repair.

On a larger scale, satellite monitoring of wells now has the resolution capacity to be able to isolate unique upstream well locations in need of immediate repair. Ongoing university research in five of the largest producing basins across the U.S., has highlighted that upstream fugitive methane emissions from natural gas production, are often concentrated at a smaller number of well site locations versus a widespread issue with most wells across a natural gas production basin. Newer detection and monitoring technologies, which identify mechanical issues at problematic wells, are allowing them to be fixed in a timely manner.

The overhead monitoring of entire production basins by satellites, in joint efforts between environmental organizations and the natural gas industry, is offering stronger oversight and greater capacity to find and fix fugitive emissions at the wellsite. These measures and innovative technologies help reduce methane emissions.

A closer look at the midstream aspects of this same natural gas system highlights rapidly increasing efforts to meet our country’s aggressive emissions goals. This is being accomplished through deploying new technologies and innovative practices. For example, some operators have replaced gas-powered components with air-operated pneumatics. Companies have captured and reused natural gas during scheduled repairs. They have incorporated widespread use of electric powered gas compression motors, and employed a greater utilization of solar-powered production equipment in remote areas.

Beyond specific technologies, or a proposed new methane fee, it is notable to see a swiftly shifting energy marketplace driving the rapid transition to reduce methane emissions. Efforts such as third-party certification of these methane reduction outcomes through programs like Project Canary are driving market-based incentives for natural gas producers and pipeline companies, to sell to a growing number of buyers looking for responsibly produced energy. Through ESG initiatives, energy companies can continue to be part of the transition in order to reduce methane emissions, domestically and globally, absent the need for a legislative fix.

Considering the variety of new and evolving technologies and monitoring processes being deployed to mitigate and reduce methane emissions, it is reasonable to expect the U.S. will see a stronger downward trend in methane emissions in the near term.

Tom Murphy is the Principal of Ambient Information Technologies, LLC, a Pennsylvania-based energy analysis consultancy. He wrote this for InsidieSources.com.