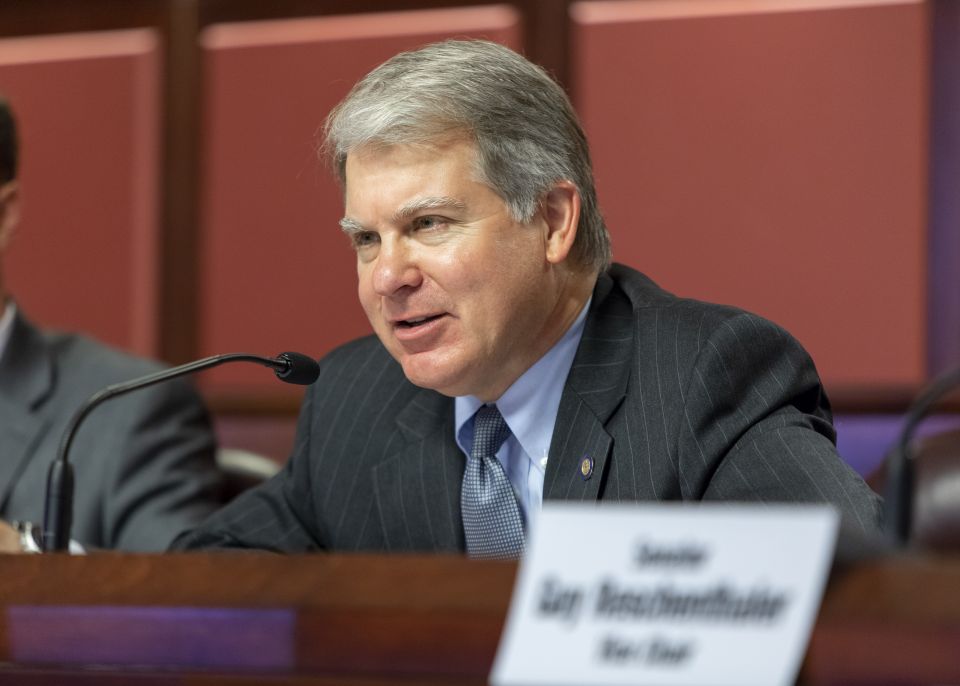 For Bucks County parents Megan Brock and Jamie Cohen Walker, Tuesday’s state Senate committee hearing on parent’s rights was not an abstract political conversation. It was about real life for their kids, who had been locked out of classrooms during the COVID-19 crisis under false pretenses.

Brock and Walker were part of a parent-led effort to force Bucks County into revealing why it ignored the recommendations of its own county Health Director  Dr. David Damsker who recommended in-person learning. Emails overriding his decision were authored by a Democratic operative with “no training or experience in public health” rather than Damsker, Brock said.

“Instead of answering our questions, our Bucks County commissioners used their positions to call us liars, conspiracy theorists, and accuse us of playing politics,” said Brock. “If that wasn’t bad enough, after we won access to public records through the appeals process in Harrisburg, Bucks County commissioners refused to comply. Instead (they) filed a total of five lawsuits. Five.

“They are using taxpayer dollars to sue us so they can publicly withhold records, which they have been ordered to provide. We are being abused by our government for simply being concerned parents who asked questions.”

They were at the hearing for Senate Bill 996, sponsored by Sen. Doug Mastriano (R-Franklin), which would have Pennsylvania join 15 other states in establishing a parents’ bill of rights.

Alex Nester of Parents Defending Education spoke about the Tredyffrin/Easttown School District court case that revealed the content of Critical Race Theory (CRT) training given to teachers. The district had told parents they “did not have a right to review” that material.

“Parents know what’s best for their children,” Nester said. “It is both their right and responsibility to care for them.”

Street said when the U.S. Supreme Court’s Brown v. Board of Education decision integrated public schools, many White parents did not want their children going to school with Black children. Studies showed that Black children had lower self-esteem because of discrimination.

The proposed law “does more bad than good and should not move forward,” Street said.

“Parental rights are still under attack in Pennsylvania,” Brock said during her testimony. Two weeks ago, the ACLU filed a federal complaint against Central Bucks School District alleging discrimination against LGBQ students because the district instructed teachers to obtain parental consent before using students’ preferred pronouns. Some teachers say they will not comply and will keep hiding student information from parents.

“I’ve always taught my children to never to keep secrets from me,” she said. Keeping secrets from parents is a warning sign of grooming by sexual abusers, she claimed. “This is dangerous, and it needs to be stopped.”

The ACLU argues for teachers to use gender-affirming care without knowing if children are being treated for sexual dysphoria. And psychiatrists say 70 percent of gender dysphoria resolves by the end of adolescence, she said.

“As a mother I find it extremely alarming that our attorney general, Josh Shapiro, wants to ban children suffering from gender dysphoria from receiving any alternative treatment other than gender-affirming care. How can anyone force parents to a care model that gives children highly invasive, irreversible, fertility-ending treatment when there are less invasive options? It is truly the ultimate attack on parental rights.”

Malvern mother Fenicia Redman spoke about obscene books at the Great Valley High School. In August Redman filed a federal lawsuit to get those books out of school libraries. The obscene books, including “Gender Queer,” “Fun House” and “Lawn Boy,” are available in school libraries throughout the state.

Redman also took posters with enlarged pictures from the books to the state capitol to protest. While there, a capitol police officer told her to put some of them away since children might see them, she said.

She read federal statutes that say distribution of pictures of children performing sex acts is illegal and sections from the book “Push” that was extremely graphic description of incest until committee chair Sen. David Argall (R-Berks/Schuylkill) told her they heard enough.

Argall said his father had been a school librarian.

“I can’t imagine in any way he’d allow those books in the school library,” he said.

Pediatrician Dr. Chaminie Wheeler spoke about parents bonding with their babies. She told the committee it is normal for adolescents to question their identities.

“Who loves that child more? Their parents or their teachers?” Wheeler asked. The state Department of Education is coming between the relationship of parents and children, she said.

Questioned by Street about curriculum to prevent bullying, Wheeler said it was better to focus on people’s similarities rather than on their differences.

Mastriano thanked those who testified for “for your courage standing against powerful forces, even the government.”

“Speaking truth to power. That’s what we heard here today,” said Mastriano. “We’re in an environment where evil is called good and good is called evil. Where it seems like parents are co-parenting with the government and that’s just not the way it should be…Now, more than ever, it’s important that citizens rise up and stand for their children and their families.”

The Josh Shapiro gubernatorial campaign released a statement calling the hearings a “waste of time and taxpayers’ dollars.”

Brock and Walker said they have spent hundreds of hours and thousands of dollars fighting for parents’ rights. For that, they have been labeled “domestic terrorists” and called “libelous” names in newspapers.

“It should not be this hard,” said Brock. “It should not take this much effort for parents to exercise their fundamental right of being their child’s advocate, protector, counselor and provider.”