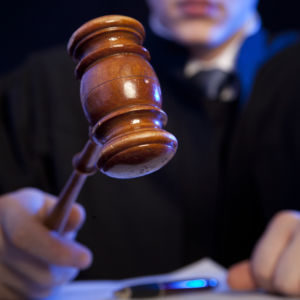 A mother with a teenager in the Great Valley School District filed a federal lawsuit against the district over obscene materials in school libraries where her son is a student.

Fenicia Redman filed the suit without a lawyer on behalf of her minor son, a student at Great Valley High School, asking the court to issue an injunction to remove the books and other materials.

But said she believes the case will eventually reach the U.S. Supreme Court because the books are in schools nationwide.

“I’m a determined Puerto Rican American advocating for the protection of my minor son and all minor children from obscene graphic sexual material distributed in the public school system. In the last 10 months,” she said in the introduction to her litigation. “I’ve publicly appealed to educators, administrators, directors, law enforcement, district attorneys, legislators, and the governor, asking each to remove obscene sexual material from my minor son’s school library.”

She mentioned the book “Gender Queer” with graphic pictures of sexual acts, “Tantric Sex,” which is a manual describing sexual acts, “All Boys Aren’t Blue,” which also shows details of sexual acts, and “PUSH” that includes a female child who is raped by her father. In “Fun House” there are scenes of women having sex with women.

The complaint filed by Redman includes excerpts of various books available in the Great Valley High School library that students are also able to download on their home computers, which she claimed is a violation of federal law.

The lawsuit detailed Redman’s months-long saga of talking to the Great Valley School Board, the local police, the Chester County District Attorney’s office and the state legislature, where some legislators were sympathetic to her cause. She said she was rebuffed by Gov. Tom Wolf and Attorney General Josh Shapiro.

Both the police and Chester County District Attorney’s office told Redman they did not believe the pornographic material in the books was a criminal matter, the suit said.

“Finding no support from the school district, police, or attorney general, friends and I took our appeal to the (state) capitol, stood in the rotunda silently with posters I made of content from “PUSH,” “Tantric Sex,” “Gender Queer” and “All Boys Aren’t Blue.”” There she was told by a capitol police officer to remove the most graphic posters because ‘There are children walking these halls. Get rid of it now!’”

On May 15, 2022, Redman alleges her First Amendment rights were violated by the Great Valley School District at a school board meeting. As Redman pressed her case with the board, Superintendent Daniel Geoffredo had her removed by security officers and then called the police.

In an interview with the DVJournal, Redman said she has no recourse except to sue, since everyone from the school board and school officials to Wolf ignored her complaints about the graphic books.

“This is a national issue,” said Redman. “On June 29, the governor had these posters in his office. The police removed them from the capitol hallway. He did not care. The governor looked at posters of a child giving (oral sex) to another child and he didn’t care. Minimally, he could have called his attorney general to investigate. All of them do not see this as a problem.”

“The transfer of obscene materials to minors is a crime,” said Redman. “This has no place in our schools. What is the educational value of two minors having sex with each other? This is criminally extreme. The kids have no say in the matter. They’re sitting ducks.”

“The Office of the Attorney General has no standing in a school board matter of this nature and this lawsuit includes no allegations directly levied at the attorney general, that being said we are aware of the lawsuit and our office plans to represent the attorney general,” a spokeswoman for Shapiro said.

“How does (Attorney General Josh) Shapiro (who is running for governor) have the nerve to run ads saying he’s protecting children and does nothing?” she said. “This isn’t even a moral issue. It’s a criminal issue.”

Redman added, “This is not ‘The Twilight Zone,’ and the governor of our commonwealth and the attorney general, the senior law enforcement officer of our state, says it’s not a criminal act,” Redman said.

The other defendants’ institutions, including the Great Valley School District spokeswoman, did not respond to requests for comment Monday.

Redman has a Go Fund Me page to fund her legal representation.