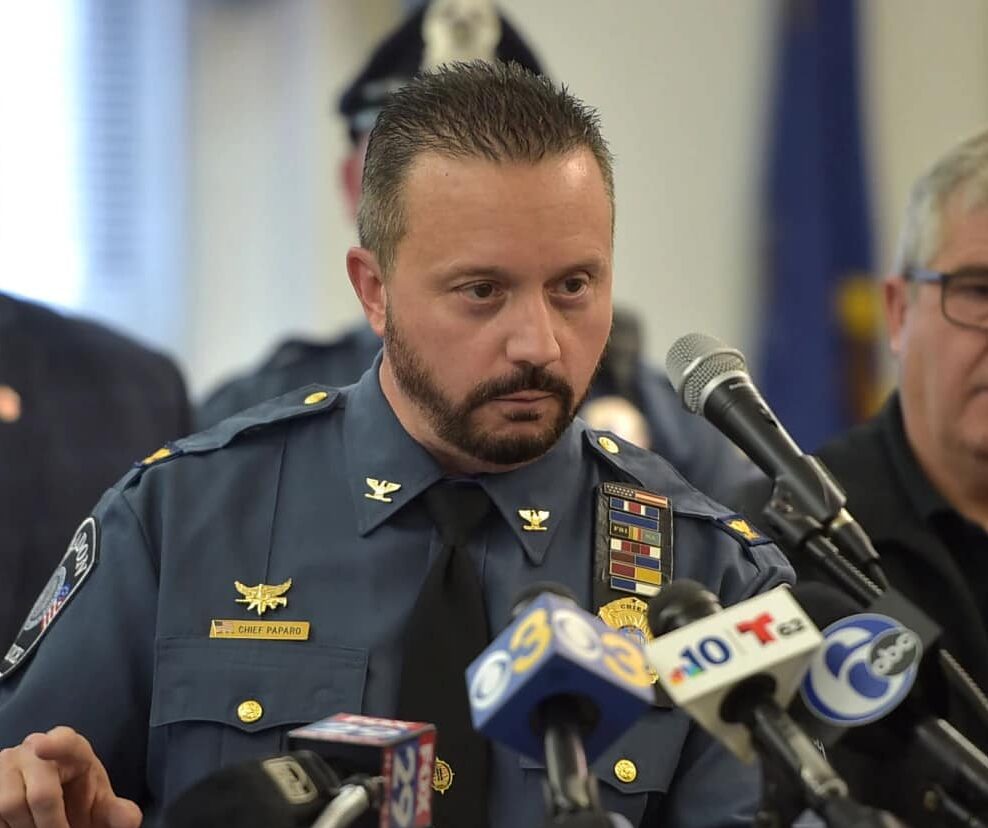 Anthony “Chachi” Paparo, who was ousted by Yeadon council Thursday evening from his job as the borough police chief, told the Delaware Valley Journal podcast Friday he may file for an injunction against the township to prevent the borough from hiring a permanent replacement for his former job, until after litigation is completed.

Paparo contends the council violated his civil rights and due process rights, but he wants his job back and does not want to “harm the residents of Yeadon.” Yeadon solicitor Mark Much did not respond to a request for comment on Friday.

“I want to come back to…continue to carry out what we were doing,” he said. Paparo was part of the Love is the Answer movement, which seeks to build better relationships between the police and communities of color. Paparo told the DVJounal that he worked hard to help the community, for example, providing animal control services with his own traps and putting up deer fences for elderly residents himself.

“It’s another way to meet people other than just through a 911 call for an emergency or an accident, or you’re a crime victim or you’re having a problem with your neighbor,” he said. “I’m coming there. We’re just talking, one on one human to  human and then interacting.”

“And, when I tell you that the, uh, the narrative of the strains between police and communities of color is not what’s going on in Yeadon,” he said. “We, we are there sign of hope for in the world that that’s how much positive stuff.”

“I don’t do anything based on the color of someone’s skin,” he said. “And I don’t think that because it’s a majority Black town that that needs to be a requirement or even something to look at. I mean, if, if, if I wasn’t doing the job, if I wasn’t uniting the community…”

Paparo contends that when a new group of borough council members were elected, they decided to fire him and hire a Black chief to replace him. Yeadon is a majority Black community.

However, more than a 1,000 residents returned his love, signing a petition and coming to council meetings to tell the council members to keep Paparo as chief. People in the community were “coming out and droves” (to support him), he said.

Instead, the council used a financial premise regarding police overtime as reason to fire him. Council President Sharon Council-Harris cited a $387,000 fine that arose out of an overtime-related grievance with the Fraternal Order of Police as the reason for the chief’s dismissal.

Hpwever. lawyer Harold Goodman said the consent order the borough entered into over the fine had a no-fault clause and it was unfair to saddle Paparo with blame. He called the fine a “pretext” and a “coverup” for the council’s real motivation to get rid of Paparo.

In the podcast Friday with the Delaware Valley Journal, Paparo said that he learned the new council members were talking about replacing him with a Black chief of police last year but did not take it seriously.

His reaction to what happened?

“I’ll be honest with you. It destroyed me,” said Paparo.