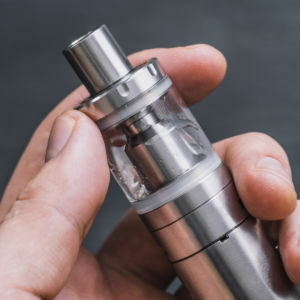 The Biden administration has recently declared the week of March 6-12 as National Consumer Protection Week. In its declaration, the administration remarks that “it is important that consumers are fully informed about their rights and the potential risks in the marketplace.”

While the declaration specifies certain consumer issues including “price gouging, stealing money, harvesting personal information,” as worth addressing, there is one major consumer category that has not been afforded the same type of transparency in the name of consumer protection: tobacco harm reduction.

Despite killing half of their users, combustible cigarettes remain for sale across the country. And despite decades of public health campaigns raising awareness of the dangers caused by smoking, an estimated 34.1 million American adults continue to smoke to this day.

While public health groups only promote medical treatments and/or the failed “Quit or Die” approach to helping smokers quit, numerous tobacco harm reduction products, including e-cigarettes, smokeless tobacco and snus, and heated tobacco products have emerged over the past two decades. The products offer adult consumers access to nicotine without the harmful effects associated with combustible cigarettes.

Decades of research indicate that it is the smoke in combustible cigarettes — not nicotine — that causes the most harm. Combustible cigarettes contain nearly 600 different ingredients and when lit on fire produce more than 7,000 chemicals. Tobacco harm reduction products offer consumers nicotine without the deadly smoke.

Despite this, many manufacturers and even retailers are prohibited by federal law from relaying the public health consensus of the reduced harms of tobacco harm reduction products to adult consumers.

In 2016, the Food and Drug Administration deemed several products as tobacco products, including e-cigarettes and other novel products. Under these deeming regulations, all products introduced to market after 2007 must have submitted applications to the FDA by September 2020 to currently be sold legally in the United States.

Per the deeming regulations, no manufacturer and/or retailer may claim that e-cigarettes (or other novel tobacco products) are less harmful than combustible cigarettes, unless they are issued an order by the FDA. This is despite the fact that numerous public health groups have found e-cigarettes to be less harmful.

In 2015, a landmark report by Public Health England found e-cigarettes to be “around 95 percent safer than smoking.” The agency reiterated the reduced harm finding in 2018. In 2016, the Royal College of Physicians declared that vaping is “unlikely to exceed 5 percent of the risk of harm from smoking tobacco.” In 2018, the National Academies of Sciences, Engineering, and Medicine found that “using current generation e-cigarettes is less harmful than smoking.”

Again, retailers and manufacturers of such products are not allowed to pass along this information to consumers.

Deeply problematic is that the National Consumer Protection Week’s announcement comes six months after the FDA issued market denial orders to nearly 1 million e-cigarette products, while the agency continues to stall on authorizing any of the remaining premarket tobacco product applications.

Consumers not only should be informed of less harmful tobacco alternatives but these products ought to be promoted, not subject to draconian regulatory processes that have effectively shut out more than 99 percent of the market. The costs associated with a premarket tobacco product application are estimated by the FDA to be “in the lower to mid hundreds of thousands of dollars.”

This NCPW, consumers ought to retake the very technology they created to solve the smoking problem, and the federal government should lessen regulatory burdens that harm consumers of tobacco harm reduction products.

Lindsey Stroud is Director of The Taxpayers Protection Alliance’s Consumer Center. She wrote this for InsideSources.com.