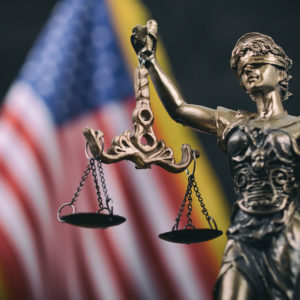 The Pennsylvania Supreme Court Wednesday put a hold on candidates’ gathering signatures for their petitions to be on the ballot for the May 17 primary.

At issue are appeals to the newly-redistricted maps awaiting a ruling from the High Court.

But for the most part, intrepid Pennsylvania candidates are taking the delay in stride. Signature gathering was set to begin Feb. 15.

“It is unfortunate, but we are all going to have to make the best of whatever new schedule is issued,” said George Bochetto, a Philadelphia lawyer and Republican who is running for the U.S. Senate.

Dave White, a former Delaware County councilman who is running for governor said, “Governor Wolf has created a mess through his attempt at a partisan power grab. My hope is that Pennsylvania elected officials and citizens will have the opportunity to draw congressional lines and determine who our representatives are. Unfortunately, if the past is a harbinger of the future, we will again see a liberal professor from California determine the congressional representation in Pennsylvania. It’s sad and proof we need a change of leadership.”

“From the very beginning of this process, it was clear Governor Wolf had little interest in constructively working with the legislature to come to a consensus solution,” said Galluch. “Our goal should be to give every citizen a voice, no matter where they live in Pennsylvania. Things didn’t have to unfold this way. The process could have been orderly, sensible, and completed on time. It’s unfortunate the Governor was content to drag his feet so the court would eventually have to intervene — making it more difficult for candidates and voters alike to prepare for the upcoming election.”

“We’re ready to go as soon as we’re given the green light. We have a statewide network of circulators chomping at the bit,” said Charlie Gerow, a GOP consultant also running for governor. “We hope that the Supreme Court will do the right thing with reapportionment and that we can get back on schedule as soon as possible.”

Guy Ciarrocchi, the Chester County Chamber president who is also a Republican running for governor, said, “I am blessed to have dozens of volunteers ready to stuff petition-packets to mail to hundreds of volunteers across the state.  We are ready to go as soon as the Supreme Court gives the green light.”

“Our nominating convention is scheduled for next Tuesday (Feb. 15),” said Michael Taylor, solicitor for the Chester County Republicans. “We traditionally hold it on the first day of petition signing. We are still deciding on the best path forward. So the main difficulty is the immediate change of gears.

“Overall though, I think the Supreme Court made a smart move in placing the stay. We were working through scenarios of what to do if the lines suddenly changed. We may have ended up with two conventions. In the end, the Court removed those issues and gave us the scheduling issue instead.”