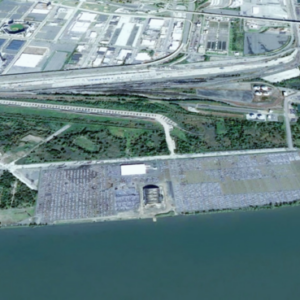 Editor’s Note: This story has been updated and corrected.

Amid reports of growing problems with shipping and warnings that Christmas presents may not be available, especially in California, Philadelphia port officials say they are handling more containers than ever.

Sean Mahoney, director of marketing for the port said, “Our main Terminal Packer Avenue Marine Terminal has never been busier. It has realize double digit growth for the past decade. Last year it was the fastest growing Port in the USA. This year we estimate a 15 percent growth a full 100,000 container more than last year.”

So, what’s causing the nation’s shipping problems? Some say it’s a perfect storm.

Many shipments were canceled during the outset of the pandemic because of the lack of consumer demand. When businesses reopened and people started shopping again, demand returned. This time last year, there was one cargo ship anchored in southern California waiting to unload. By February 2021, there were 40.

The number of ships waiting, as well as their average wait time, did lessen over the summer. But as stores rush to restock shelves in time for the holidays, queues at ports on the West Coast are quickly approaching the numbers seen earlier this year.

The backlog of ships is being caused by an ongoing worker shortage that’s impacted many parts of the economy. Ports in Los Angeles and Long Beach are operating at roughly 60-70 percent capacity and with reduced hours. Ports in other parts of the world, like Europe and Asia, are back to their pre-pandemic operations.

But it doesn’t stop with ports operating at reduced capacity. As Delaware Valley Journal reported in June, there’s also a lack of qualified truck drivers. The pandemic forced some older drivers into early retirement, while new drivers weren’t trained as quickly. When drivers were needed again, the long hours and extended time away from home demanded by the job put even more strain on the system as recruitment lagged.

Outside of a clogged supply chain in the United States, shipping companies are having a tough time procuring empty containers to put cargo in. By some estimates, more than half a million containers are waiting on ships in the Southern California backlog.

As factories shuttered and the shipping industry ground to a halt at the outset of the pandemic, there was a significant disruption in the availability of shipping containers. According to John Fossey, head of container equipment and leasing research for Drewry, the containers became “stuck in the wrong place.” With containers detained, more product slated to come to the United States remains in Asia.

In early September, the Port of Philadelphia announced it would be closing for three days to help partly alleviate the global shipping container shortage. Despite delaying any arriving ships for that time, the port was relatively empty again shortly after.

The Port of Philadelphia mainly imports food products, with more than half of its imports coming from South America and Australia. Fifty-six percent are containerized, so all those containers being held up impedes the amount of food the United States can import. The port also handles automobiles, paper, and wood products.

So, how does this impact you? There are a few items that are currently in short supply because of the backlog. Among them: Nike sneakers and artificial Christmas trees. You can expect to pay up to 25 percent more for the latter, according to The Wall Street Journal.

The next time you go to Costco, expect a limit on how many rolls of toilet paper and paper towels you can buy. The shortages from the early days of the pandemic have come full circle.

Raul Elizalde, a portfolio manager for Path Financial LLC says, “There is little chance for 70s-style runaway inflation, but if the supply lines take too long to return to normal, temporary price increases caused initially by scarcity may morph into more persistent expectations that inflation will settle at a higher rate.” Experts say they expect these supply chain issues to remain through the end of next year.

Some have suggested removing strict Trump-era tariffs on China as a way to alleviate the problem. Economists say that’s too little, too late for the current situation.

Phil Levy, chief economist at freight forwarding company Flexport, told CBS News, “‘Lifting tariffs clearly won’t undo all the lines at LA Long Beach, but what it would do is make life easier for groups that had had a very hard time recently.’”