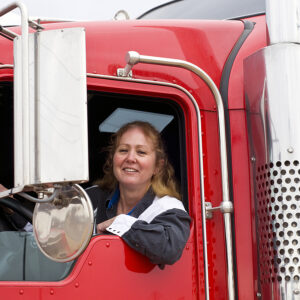 Some gas stations are having trouble keeping their pumps full just as the summer demand is accelerating. A recent trip to a convenience store in Lower Bucks County during the morning rush revealed shelves barren of such staples as bottled water.

These are some examples of the fraying of the supply chains that link Americans to such essentials as groceries, gasoline, appliances, and clothing. As the nation continues trying to overcome the impact of the COVID-19 pandemic, some suppliers are having a difficult time getting their goods to consumers.

The reason? A lack of qualified truck drivers to deliver those products. Although the trucking industry regularly deals with a shortage of drivers, the supply has been limited lately with the COVID-19 pandemic the likely culprit. Long hours, in some cases extensive travel, and time away from home go with the profession. And the availability of extended unemployment benefits has complicated matters.

The U.S. Bureau of Labor Statistics reported shortfall of nearly 66,000 drivers in 2020 compared to the previous year. Some of it was brought on by COVID-induced retirements and the lack of new drivers to replace retirees.

Brad Bell is the president of Roadmaster Driver Schools. The company has more than 15 locations nationwide, including one in Bethlehem.

“A lot of drivers were retiring early during COVID that were originally planning to retire in the next few years,” he said. “Additionally, schools were training less drivers due to social distancing. So suddenly the supply shrunk while demand grew.”

The driver shortage has a ripple effect throughout the U.S. economy. Delivery times increase and work is delayed because contractors have difficulty obtaining necessary supplies. Even the rollout of the COVID-19 vaccine was slowed in part because of a lack of enough drivers to deliver it to providers.

Tim Dilworth, owner of Dilworth Building Company on the Main Line, has experienced delays in getting supplies.

“I have been buying Pella windows for over 30 years,” Dilworth said. “In the past 10 years their turnaround has always been four weeks. Just last week I was quoted eight to 10 weeks. That impacts projects that were counting on a four-week turnaround.”

“Just yesterday, our window sales guy at J & L Building in Frazer was having timing issues with certain manufacturers,” he added. In the meantime, he is trying to find other sources for windows but running into similar delays.

If that weren’t bad enough, lumber is also in short supply and prices are sky-high, Dilworth said.

“Besides lumber, we are now seeing delays in kitchen cabinet deliveries,” Dilworth added. “The typical turnaround of eight weeks is now 12 weeks. All of these delays mean rescheduling and or delaying projects.”

“The motor freight industry is vital to the United States economy, and absolutely dependent on a steady supply of new and well-trained drivers,” Bell said. The industry is not looking for degrees. They’re looking for people with good sense, dependability, and the desire for a stable, well-paying job.

“We see it happening in real-time. Carriers are clamoring for drivers,” he said.

The demand is especially high for drivers who are licensed to carry fuel. In addition to having a commercial driver’s license, drivers must also have a hazardous materials endorsement.

The minimum age to obtain a commercial driver’s license in Pennsylvania is 18. The minimum age to operate a commercial vehicle and travel between two or more states is 21, according to the state Department of Transportation. But last fall, the Federal Motor Carrier Safety Administration announced the agency is considering launching a pilot program that would reduce the age from 21 to 18.

Bell says Roadmaster is contacted daily by carriers looking for trained and qualified drivers. He notes carriers are offering jobs to students even before they begin driving school, with some firms offering potential new hires full tuition reimbursement.