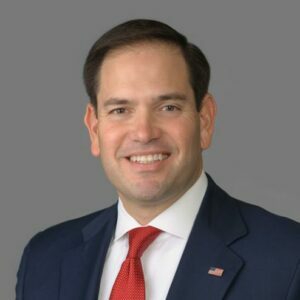 A country incapable of providing for itself isn’t much of a great power. To ensure America stays strong for generations to come, we need to bring production of goods essential to our national security back home. That starts with re-shoring rare earth manufacturing.

For some, “industrial policy” is a dirty term associated with planned economies. But Americans have long accepted government action to help maintain domestic manufacturing in critical industries. It makes sense that we buy ships from General Dynamics, airplanes from Boeing, and missiles from Raytheon –– even if it would be cheaper to import them from abroad –– because it is clear they are goods vital to our national security. Well, the last two years have taught us that the list of such goods needs to be expanded.

One urgent addition to that list is rare earth minerals. In the 21st-century economy, rare earth minerals are crucial for powering advanced electronics. They form essential components of everything from batteries and household computers to wind turbines and military weapon systems. Without them, our modern way of life and capacity for self-defense would be crippled.

North America contains a considerable quantity of unprocessed rare earth minerals. However, the vast majority of rare earth manufacturing occurs in China. Even rare earth minerals mined in America are shipped to China for processing. In the wake of COVID-19, the invasion of Ukraine, and the supply chain disruptions that followed, it should be clear to everyone that relying on hostile regimes for basic goods is dangerous.

With expansive energy reserves, America is better positioned to counter Putin. But if China cut us off from rare earth products –– which Beijing has restricted in the past and could easily do again –– the effects would be catastrophic. That’s why I have introduced legislation to bring rare earth manufacturing back to America.

If passed into law, the Obtaining National and Secure Homeland Operations for Rare Earth (ONSHORE) Manufacturing Act will provide financial assistance to entities building rare earth manufacturing plants on U.S. soil and create initiatives to secure our international rare earth supply chain from foreign disruption. The ONSHORE Manufacturing Act will also prohibit taxpayer dollars from funding rare earth manufacturing in designated “entities of concern.” Americans’ hard-earned money should not be used to prop up the industrial capacity of China, Russia, or Iran.

I hope my colleagues in the Senate will join me in passing this piece of legislation, which is vital to keeping our country safe. However, we can’t stop with rare earth metals. There are other industries equally essential to our national and economic security that need re-shoring. In the coming months, it is critical that we begin rebuilding our capacity to produce pharmaceuticals, semiconductors, and more.

This is the kind of targeted industrial policy America needs to maintain its status as a great power. The threats we face from our adversaries, especially China, are wide-ranging and immense. We will need a whole-of-society effort to ensure the 21st century is another American century, and securing supply chains will have to be a part of it.

Marco Rubio, a Republican, represents Florida in the U.S. Senate. He wrote this for InsideSources.com.