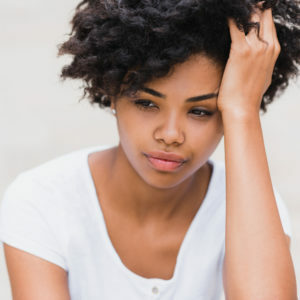 ROWE: The After-Abortion Trauma Faced by Millions of Women

Every day, 2.4 million people tune in to watch Dr. Phil give mental health advice. Described as the top mental health show on TV, it is widely trusted by many Americans because Dr. Phil examines some of our society’s difficult issues.

Abortion is among the most difficult issues, which might be why the show addressed it twice this fall. To Dr. Phil’s credit, he generated a legitimate, straightforward debate; unfortunately, he also did a disservice to millions of suffering women when he dismissed their after-abortion grief.

“There is absolutely no evidence for any post-abortion syndrome,” Dr. Phil told Live Action’s Lila Rose. “… The stress you’re talking about that increases suicidal ideation or attempts … you cannot isolate that to the fact that that person had an abortion …”

Dr. Phil is correct that women who experience abortions are facing pre-existing traumas. The Guttmacher Institute’s 2005 survey found that 78 percent of women go through an abortion because of fear of financial disaster, while 48 percent fear losing their partner or being a single mother. Bad relationships, financial insecurity and other issues are rarely one-time issues and are often related to earlier traumas that lead to poor choices.

But it is harmful to dismiss and disenfranchise the abortion-related suffering of women across the country. I know this because of the stories my organization hears every day, and even more so because of our recent study showing that one in three women suffer emotional trauma, which they directly attribute to medication abortion.

Here’s one story that represents thousands of others: A woman told our After-Abortion Line that she hid an abortion in college because she didn’t want to acknowledge her pain. She felt that there was nobody to talk to about her regrets and struggles. Dr. Phil’s generalization would dismiss her abortion-related pain and suffering instead of giving her a safe place to acknowledge her pain, embrace it, and heal from it.

Again, it’s true that trauma begets trauma. But in no other arena do we as a society dismiss how today’s traumas can, in addition to being part of a lifetime of unaddressed problems, also cause their own problems.

Perhaps Dr. Phil is confusing silence with a lack of suffering. The medication abortion study showed that, like the woman who called us, 63 percent of women either sought after-abortion emotional healing or could have used someone to talk to after their abortion. Yet only 18 percent of all women who experienced a medication abortion knew where to find after-abortion healing and care — and 70 percent of women wanted to share their experiences anonymously.

Women aren’t alone in their after-abortion grief. Forthcoming research from Support After Abortion will show that many men suffer, including those who didn’t want their partner to choose abortion. And as abortion supporter, Psychology Today contributor and Wright Institute professor Mary Lamia put it recently, men “often silently suffer after abortion” because society disenfranchises their grief.

But it is women on whom most of the abortion debate is focused. As a groundbreaking leader of the normalization of mental health and the holder of a doctorate in clinical psychology, Dr. Phil knows the power of helping people address their pain — and the power of dismissing it.

Support After Abortion exists to let millions of women and men know that their pain is real, their suffering can be healed, and their past pain can be transformed into future happiness.

We encourage Dr. Phil to join us.

Lisa Rowe is CEO of Support After Abortion. She wrote this for InsideSources.com.