Restore Accountability in Harrisburg by Voting ‘Yes’ on May 18

The May 18 election might seem unimportant at first glance. It’s only a primary election, and there are no gubernatorial or senatorial candidates on the ballot. Ignoring it, however, would be a mistake.

In addition to choosing nominees for some important local elections (e.g., school boards), Pennsylvanians will be deciding the answer to a critical question: Should the people’s representatives in the Legislature be able to keep governors from giving themselves extraordinary emergency powers for as long as they’d like?

Anyone who believes in the sanctity of our democracy should realize the importance of this question and go to the polls so they can vote “yes” on the two ballot questions that would curb a governor’s arbitrary powers.

A “no” vote would perpetuate the controversial status quo, which has allowed Gov. Tom Wolf to hold emergency powers for over a year. Such powers give the governor—one person—the ability to wield significant control over all of our lives without justification.

Wolf argues that he has needed and continues to need these powers to manage the pandemic effectively, but that would imply his management of the pandemic has been effective. In fact, just the opposite is true.

In March of last year, he unilaterally implemented one of the most draconian lockdowns in the country by closing all so-called “non-life-sustaining businesses.” Since then, he has lifted restrictions on our small businesses, schools, and communities slowly (and unilaterally), often only after being pressured to do so through the media.

The severity of the lockdowns and the slow lifting of restrictions have devastated our economy. In its Back-to-Normal rankings, CNN Business finds that only six states lag Pennsylvania in returning to pre-COVID levels. Income declined more in Pennsylvania than in any other state by the end of last year, according to the Bureau of Economic Analysis, and about 200,000 of our friends and neighbors have dropped out of the workforce altogether.

Wolf has argued from the beginning that we must accept his restrictions to minimize the death toll. To this day, his administration persists in claiming that a “yes” vote on May 18 will threaten lives. According to his office, “[the amendment] will undo all of the progress that has been made in combatting the spread of COVID-19 and saving the lives of Pennsylvanians and put the commonwealth in a poor position to address another resurgence.”

But there is no evidence that his lockdown policies made Pennsylvanians safer. On the contrary, Pennsylvania is one of the least COVID-safe states in the country.

WalletHub finds that in addition to having more severe COVID restrictions than 70% of states and a higher unemployment rate than 84% of states, Pennsylvania also has a higher per capita death toll than 64% of states. In other words, we have the worst of all three worlds: a restricted population, a wounded economy, and a high death toll.

Wolf would have us believe that he and his decrees are our primary defense against more COVID-19 deaths. Why, then, do states with loose pandemic restrictions such as Florida have significantly lower COVID death rates than Pennsylvania?

So much for the supposed trade-off between freedom and safety.

Perhaps realizing the futility of his argument that our lives are under threat without his grip on power, he also stooped to equating the campaign to pass the amendments with an attempt to “subvert democracy.”

The Legislature, an elected body, has passed a constitutional amendment and submitted it to the people for ratification, as our constitution allows. It doesn’t get more democratic than that. Either Wolf’s aides have an odd definition of democracy, or they are exaggerating for political effect.

It is time to put an end to the imperial phase of Wolf’s governorship. Let’s restore accountability in the commonwealth by voting “yes” on May 18. 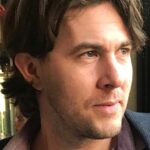 Brandon Van Dyck is a Senior Policy Analyst for the Commonwealth Foundation.