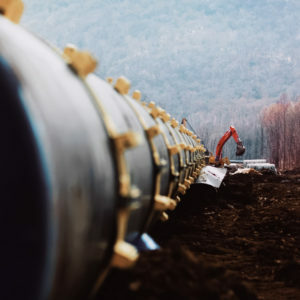 After years of anti-pipeline activism across the Delaware Valley, local citizens lined up on a Pennsylvania Department of Environmental Protection (DEP) public comment call Wednesday to plead: Please build this pipeline.

Developed by Transco and Williams, the Regional Energy Access Expansion Project is a natural gas expansion project that would extend across several Pennsylvania counties including Bucks, Chester, and Delaware. The idea from Williams is to “enhance existing energy infrastructure and increase Northeast consumer access to clean, affordable natural gas.”

“They say inflation is nearing 10 percent, but our electric bills are up around 25 (percent),” said DeSantis. “Vitamins cost more, Cheerios cost more, and we’ve had to make hard choices such as cutting out cable TV and sacrificing trips to our family in New York.”

Part of the reason why DeSantis said he moved to Philadelphia was because of the lower cost of living compared to New York City.

“We said to ourselves ‘things are much better here, what we’re saving in New York taxes and different costs.’ But that’s all been eaten away by everything that’s happened over the last year and a half,” said DeSantis. “So the approval and expansion of the pipeline will increase jobs, lower inflation, and restore prosperity to many, (which is why) I urge the DEP to support its continuation of the pipeline.”

“I’d like to see them be able to make the right choices and not have to spend their money on gas bills and high energy costs,” said Corrine. “It’s so hard to see people pull up to a food distribution and you realize they’re living out of their vehicle because they can’t afford a home and they can’t afford gas and heat.” The DEP’s approval of the pipeline would be a win/win for everyone, said Corrine. “Fuels will help everybody. The more money coming into the system, the more people who are able to benefit from lower costs of these fuels.”

Not everyone is a fan of the pipeline project. Delaware Riverkeeper Network, for example, told DEP it “does not support this project” because of potential negative impacts it may have on the environment. Critics of pipelines point to the recently-completed Mariner East pipeline, which encountered multiple problems during its construction.

Marion Davis with the International Teamsters pushed back, telling DEP that safety is a priority. If not, Davis said, “we would not have work for our members to work on.” Jason Hayes of the International Union of Operating Engineers also spoke about what he described as the “sometimes over-the-top safety procedures and environmental protections” with pipelines. “I’ve personally seen over the years, the safety and environmental protections of the number one priority of Transco and the contractors building these projects,” said Hayes.

Multiple studies have found pipelines are the safest way to move liquified fuels.

Industry groups and think tanks also urged DEP to approve the project. Stephanie Catarino Wissman of the American Petroleum Institute (API) Pennsylvania testified about the “importance of pipeline infrastructure construction and expansion” in the state.

“Pipelines are the safe connection between consumers and America’s abundant, reliable, cleaner energy,” Wissman said. “Additional infrastructure is needed so that no matter where people live, they can be better served – expanding the benefit of domestic energy abundance.”

And, Wissman added, API establishes and maintains over 700 industry standards and recommended practices.

Kurt Knaus, spokesman for the Pennsylvania Energy Infrastructure Alliance, says the current energy crunch is a reminder that “affordable natural gas is not getting to markets that need it because of pipeline capacity limitations. Keep in mind that a portion of this pipeline in eastern and northeastern Pennsylvania is in the same area where PennEast was proposed but pulled. Opponents cheered that setback, but these constraints weaken our economy, hurt consumers, and deny skilled laborers good-paying jobs.

“The resurgence of pipeline work here is encouraging, demonstrating just how important it is for us to continue investments in energy infrastructure projects that are essential to our economy and security,” Knaus added.