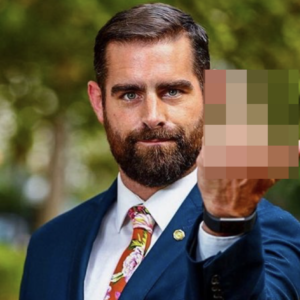 The Montgomery County lawmaker said he did not know at the time why Sims was upset with him but now believes it is because of Murt’s authorship of a legislative memo seeking co-sponsors for an LBGTQ+ bill of rights. Sims is the first openly gay person elected to the Pennsylvania General Assembly.

The incident began after 9 p.m., when Murt says he received an “angry, enraged, wrathful” text from Sims accusing him of treating LGBTQ+ rights as a political football.

“I had no idea what he was referring to, so I called him right away,” Murt said.

“He directly launched into a verbal, hostile, and a threatening attack on me personally,” Murt added. “He used the f-word repeatedly, he screamed at me ‘I will ruin you. You are finished. I’m going to get you for this. I’m not done with you.’”

Murt is not running for re-election this year. He says he asked Sims at least three times why he was upset, “but he never answered me.” Still, Murt says Sims’ demeanor was so striking and unnerving it left him fearful, and not just for himself, so he called Upper Moreland Police.

“I expressed to the officer that based on some of the past actions of Rep. Sims, I’m concerned for my safety, the safety of my family, the safety of my staff, and the normal functioning of my district office if he were to visit.”

Emailed messages to Sims’ office were not immediately returned.

Murt says he has met with law enforcement two times, “and they are discerning whether or not to press charges.”

A woman at the Upper Moreland Police Department told Delaware Valley Journal the investigation was ongoing and — because of that — said there was no further information it could provide.

Sims has drawn attention to himself before because of his aggressive behaviors.

In 2019, he filmed himself yelling at someone protesting outside a Planned Parenthood abortion clinic.

After that incident garnered national attention and the video was seen hundreds of thousands of time, Sims apologized in a separate video.

“I was aggressive. I know that two wrongs don’t make a right,” he said at the time. “I can do better, and I will do better.

The Pennsylvania Capital-Star reported on a now-deleted tweet by Sims about the incident.

“LOL in my entire life I’ve never said these things to Tom or anyone else,” Sims wrote. “I did make it abundantly clear to him that killing the effort to advance LGBTQ legislation in Pennsylvania with his weird campaign effort is something that I’d make sure advocates knew about. And they do.”

Sims also posted a picture of himself giving a middle finger to a 2018 visit to Philadelphia by Vice President Mike Pence.

Murt told Delaware Valley Journal part of the reason he did not realize Sims was so upset about the possible LGBTQ legislation is because Murt has a history of advocacy for those groups.

“Here’s the irony: he and I are on the same side of this issue,” Murt said, saying that he and Sims had always been professional in demeanor to each other. “We both are in unison that there needs to be an LGBTQ+ bill of rights.”

The memo seeking co-sponsors for the LGBTQ+ bill of rights lays out more of Murt’s history.

“As a soldier serving in Iraq with the 4th Infantry Division in 2003-2004, in addition to my regular duties, I was assigned to serve as the Equal Opportunity Officer,” the memo details. “In the combat zone, my duties included insuring that all soldiers were treated with fairness, equity, respect, and dignity, regardless of their gender identity. These same considerations afforded by our military in a combat zone years ago, should now be extended to all Pennsylvanians.”

The memo, which only announces Murt’s plan for an LGBTQ+ bill of rights, has some bipartisan support. Rep. Pam Delissio, a Democrat whose district includes parts of Philadelphia and Montgomery County, was also signed on.

UPDATE: A previous version of this article said Rep. Sims was the “first openly gay member of the Pennsylvania General Assembly.”

Former Rep. Michael Fleck was the first openly gay person to serve, however he did not disclose his orientation until after he was elected.

The article has been updated to reflect this information.