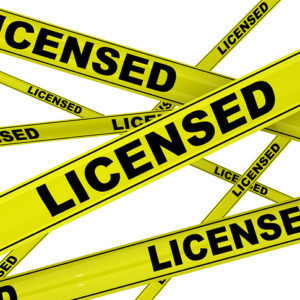 America now has over 32,000 confirmed cases of coronavirus disease and the weight of so many patients is bearing down on our medical community. Doctors and nurses are putting their own health and safety at risk to work long, exhausting shifts. More than masks and gloves, they will need reinforcements. Help may be on the way.

Last week, the administration announced a regulatory move to allow all medical care professionals to practice across state lines. That could mean the federal government would override occupational licensing rules set by state licensing boards that prohibit licensed physicians and nurses of other states from practicing in their states. The relaxed regulations may also permit doctors to conduct telehealth consults with patients from other states, even if they do not hold a license in those states.

Although federal standards govern medical training and testing, states have a patchwork of requirements for licensing doctors which prevent doctors from other states from practicing with a few limited exceptions (physicians from bordering states or in cases of emergencies). These restrictions hamper telemedicine, which can be helpful to reach patients in rural areas or unable to leave their home. There is no reason a doctor licensed in Illinois shouldn’t be able to serve California residents online or in person.

Now the feds are temporarily doing this, but we should consider making permanent changes to rationalize the licensing of medical professionals to increase supply broadly.

The expansion of telemedicine and increased supply of medical professionals could deliver much-needed help to hospitals that run the risk of reaching capacity with overworked, stretched-thin staff.  It is also encouraging a long overdue discussion of occupational licensing policies.

Everyone agrees that doctors and nurses should be licensed to make sure that they have been trained, tested, and have the experience to handle the life and health of those under their care. Unlicensed medical professionals have left victims disfigured or worse.

But some state licensing rules aren’t about protecting public health, but about restricting competition.

While it makes sense to require licenses for medical professionals, plenty of other occupations currently require licenses but shouldn’t. There are an estimated over 1,100 occupations in which state license boards require education, testing, training, and/or fees to gain permission to practice. The growth of occupational licenses is stunning. In the 1950s, just one in 20 occupations required licensure, but that has ballooned to one in four today.

License requirements can be a barrier to opportunity and upward mobility for populations which need it most. Lower-income workers are less likely to afford tuition costs and lost wages while they pursue educational requirements, especially working parents.

You may be familiar with cosmetology licensure for hair stylists, barbers, and manicurists, but did you know that in Louisiana even florists are required to be licensed? A poor, little-educated Louisiana woman, who earned a modest living making beautiful arrangements for a local grocery store, lost her only means of income after failing to pass the state’s arbitrary and subjective exam.

Occupational licensure requirements vary tremendously by state. We see this in high-skilled professions such as the medical profession, but also low-skilled occupations such as security guards. For example, Michigan requires three years of education and training to become a licensed security guard, while most other states require only 11 days or less. When we consider the inconsistencies in states license practices, it suggests that  this isn’t really about public health and safety risks, but restricting supply.

Instead, we see lobbying by practitioners to shut out competition.

Additionally, many states fail to recognize each other’s licenses, creating tremendous barriers for military spouses  as they move from place to place.

States can and should take a leading role in reviewing every occupational license and repealing those which do not serve a demonstrated health or safety purpose or scaling back requirements. They should also grant license reciprocity. Consider that with more states recognizing out-of-state licenses, perhaps the federal government would not need to step in.

We are living through scary times with the novel coronavirus, but even beyond COVID-19, we have public health crises of obesity, opioid addiction, and mental health among other issues. Expanding the number of medical and mental health providers should be a priority for every state and occupational licensing reform could be a successful prescription.