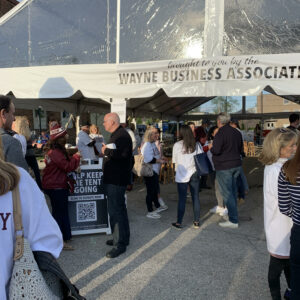 A 6-3 vote by the Radnor Township School Board (RTSB) targeting the local school’s team name may have instead made political targets of the board members who cast it.

For nearly nine decades, Radnor High School athletes were known as Raiders. The name became linked to Native Americans in honor of former coach Chief Emerson Metoxen. While that personal history has largely been lost, the debate over American history brought an end to the Radnor Raiders’ old mascot and Native American imagery. The fight has turned instead to the name Raider itself.

Last September, the RTSB voted to 8-1 to scrap Raider. The board then directed the administration to form a committee of students and interested community members to try to come up with alternatives. However, a district survey found 992 out of 1,315 respondents want to keep the Raider name.

Students also circulated an online petition that garnered 2,400 signatures in support of keeping Raider. RHS alumnus Kyle Addis, who is on the rebranding committee, made a Facebook page dubbed “Change The Mascot, Keep The Name: Keep the ‘Raider’ in Radnor!”

At a previous board meeting, tempers flared and community members resorted to name-calling over the issue. On Tuesday, board member Liz Duffy tried to turn down the temperature by asking her fellow directors to acknowledge that people who support the name Raider are not racist and those who support rebranding are not snowflakes.

“Let’s listen to each other and find a path forward to unite,” Duffy asked.

Her fellow board member Jeff Jubelirer said that since his Sept. 2 vote to remove the name Raider he’d heard from members of the community and believes the issue did not have enough input prior to the board’s vote. Letting the students vote on whether to keep Raider or go with another name would allow the issue to be fully vetted and the divisions in Radnor to be healed.

“I think it’s okay to admit the process could have been better,” said Jubelirer. 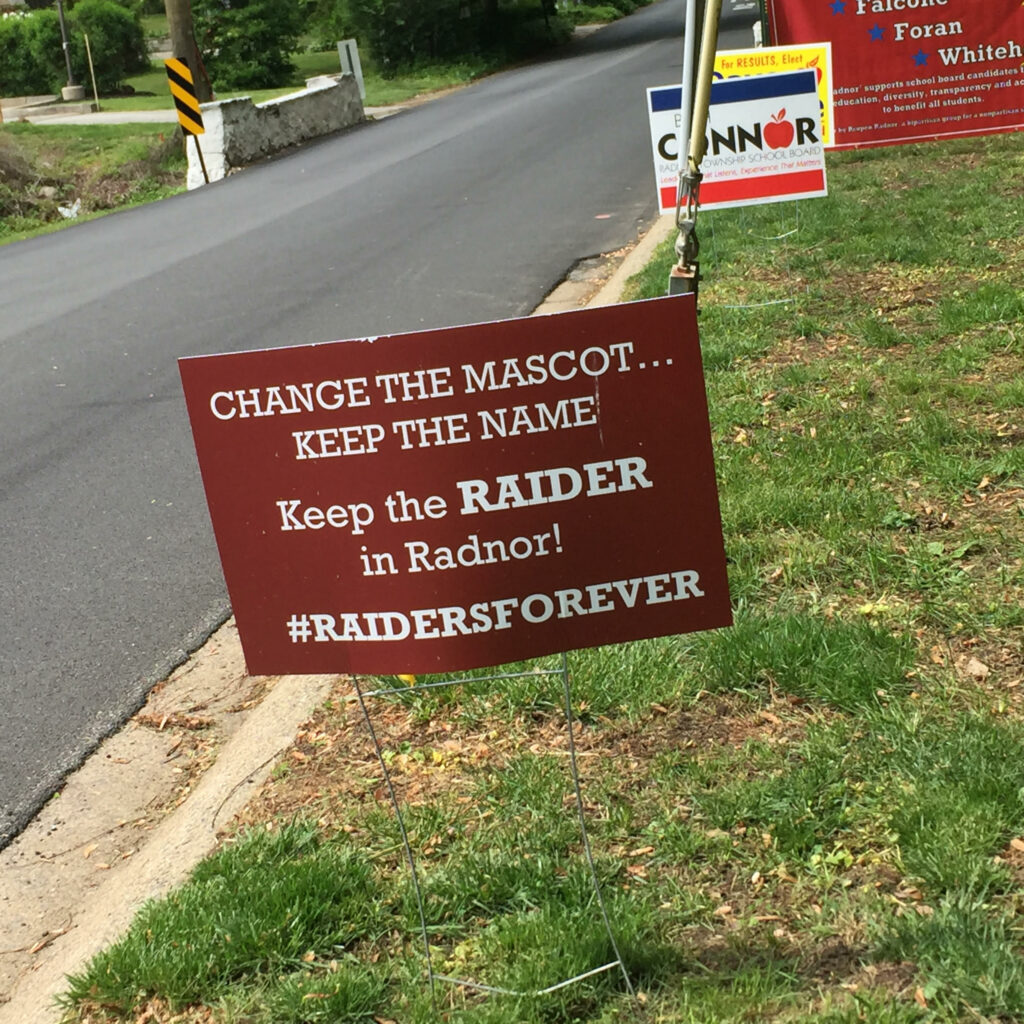 Nancy Monahan said she’d researched the 2013 board vote, which did away with the mascot but did not address the Native American imagery, such as the feather that was often affixed to the word Raider in school graphics. Now the community “fully supports retirement of the imagery.”

However, Monahan argued, “The Raider name never had its day in court.” To leave it out of the rebranding process is “not being inclusive.”

“Until it is allowed to be an option it will continue to be an issue,” she said.

During the discussion board member Bradley Moore questioned whether keeping Raider as an option would simply put off the inevitable.

In the end, the board voted once again against considering keeping the Raider name. Jubelirer, Monahan. and Duffy voted in favor, while Andrew Babson,  Moore, Sarah Dunn, Amy Goldman, Lydia Solomon. and Susan Stern voted no.

While the vote on Tuesday night may seem final, the issue has become a political hot potato in the primary election on Tuesday where Democratic incumbents Babson, Dunn, Solomon, and Stern will face cross-filed Republicans Laura Foran, Beth Connor, David Falcone, and Bob Whitehead. Because of the cross-filing, school board candidates can be kept off the ballot in November if they fail to garner enough votes in the primary.

More than 100 people gathered at the Wayne Business Association tent in downtown Wayne Monday evening to support keeping the Raider name, said Kate Hart, a parent who wants to keep it.

On the Change The Mascot, Keep The Name: Keep the ‘Raider’ in Radnor! Facebook page, emotions are running high and residents are calling for the ouster of the incumbent school board members.

“90 years of history… erased by a bunch of pen pushers who know nothing of the pride the student body has in the Raider…. Wow….” wrote Evan Conwell.

Julie Beverly said, “Rhetorical question of the night, who is paying for this broad stroke removal of Raider throughout the district? Sounds like this will be done during this interim ‘pause’ until January 2022? What if the tides shift and Raider is actually rebranded with the guidance of the NCAI, do we as taxpayers get to pay again for all new uniforms, signage, etc.? I’m stunned at this possibility.”

And Carter Fisher said, “This school board has created an atmosphere where it is embarrassing to even be associated with Radnor Schools. They lie, they won’t listen to anyone who doesn’t think in their self-centered, morally righteous way. They have been asked what they have done to aid Native Americans, aside from this lame, ham-fisted action. Why won’t they answer that question? And what gives a small group of rich white people the right to assume they know what racism is and how it affects non-white people? Please get out and vote next Tuesday. We need to get rid of them.”