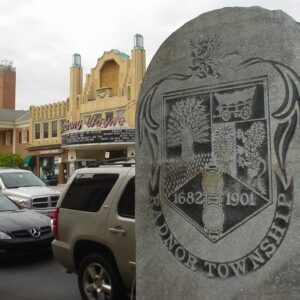 Radnor Township is ready to break with the rest of Pennsylvania, at least when it comes to abortion.

On Monday, the township commissioners voted to advance an ordinance that would prohibit the use of township resources to enforce any new abortion restrictions the state might put into place if Roe v. Wade is overturned as many U.S. Supreme Court watchers expect.

George Badey, chair of the Radnor Democrats, touted the proposed ordinance in his May newsletter and asked members to come out and support it. “We will not tolerate the GOP using Radnor taxpayer-funded local law enforcement resources to take away the currently existing rights that Pennsylvania women have had for almost 50 years!” Badey wrote.

“What this would do (is) to preclude the police or any other township employee from using township resources including their salaries to affect an arrest or otherwise investigate, prosecute, or penalize abortion as it is currently permitted in Pennsylvania,” he said. “This would essentially freeze the right to abortion here within Radnor Township.”

Current Pennsylvania law bans abortions after the 24th week unless the woman’s life or health are at risk.

Commissioner Lisa Borowski, who is running to be a state representative, said the ordinance, if adopted, would protect a woman’s right to make her own medical decisions.

“Overturning Roe v. Wade would put state and local leaders on the front lines to protect women’s rights,” she said. “Tonight, we are takings steps to protect a woman’s right to choose.

“I deeply value the doctor-patient relationship and I don’t believe we should be putting our police in the middle of that relationship.”

The vote was 4-2 with one abstention. Larkin, Borowski, Maggy Myers, and Board President Moira Mulroney voted yes.

AnnaMarie Jones and Jake Abel voted no. Both expressed concerns that the ordinance, if passed, would place undue restrictions on the township’s police force.

“I voted “no” primarily because of the uncertainty of what the unintended consequences would be if police are kept from investigating a call -no matter what the issue is,” Jones said. “There could be criminality above and beyond a reproductive issue. That being said, I am in support of women being able to make their own healthcare choices and will stand with my colleagues to find a way to protect women and physicians in our community if Roe is overturned.”

And most residents agree with her, she said.

“Many say it’s too soon. Roe hasn’t been overturned and we have the Delaware County district attorney saying he won’t prosecute women and doctors. I’m prepared to pivot based on the Supreme Court’s future decision, if women and practitioners will become targets, who our governor will be in 2023, and what the majority of constituents are feeling at the time,” she said.

Marlene Downing. who serves on the board of the Prolife Union of Greater Philadelphia, was dismayed by the board’s action.

“We are saddened by the township’s decision to come against state law if Roe v. Wade is overturned,” she said. “We don’t believe any city should be excited to be an ‘abortion sanctuary.’ This places a very dark label on Radnor Township where the end of innocent human life will be a main attraction.”

Like Jones and Abel, Downing expressed concern that the ordinance, as it now stands, undermines the township’s police department.

“The fact that local jurisdictions feel comfortable in overturning higher authorities depicts the state of our country. Where is the order? Local police departments being forced to abstain from investigation of criminal activity regarding abortion is very concerning. We should all be concerned,” she said.

A final vote will likely be taken in June before the Supreme Court is expected to rule on Dobbs v. Jackson Women’s Health Organization, a Mississippi law banning abortion after the 15th week of pregnancy.

A leaked draft of an opinion by Justice Sam Alito appears to show a majority of the court is prepared to overturn the controversial Roe v. Wade decision in its ruling on the Dobbs case.

Abortion is certain to be a hot topic in the Pennsylvania gubernatorial race. The Republican candidate, state Sen. Doug Mastriano  (R-Franklin) has called for a ban on abortions in the state with no exceptions for rape or incest. Democrats and their allies are spending $6 million on ads attacking Mastriano’s stance on the issue.