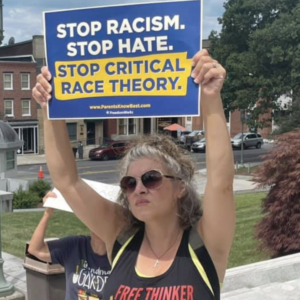 The push by public school officials to promote Critical Race Theory (CRT) in Pennsylvania classrooms is fueling a growing backlash across the state. From efforts supporting CRT critics who are running for local school boards to state legislation, the issue is transforming some parents into activists.

Area residents have spoken out against CRT, telling local school boards including Downingtown, Pennsbury, and Tredyffrin/Easttown that they strongly oppose these courses and object to the indoctrination of their children.

One of the most vocal area opponents of CRT is Lower Merion resident Elana Yaron Fishbein, the founder of No Left Turn in Education, which now has 14 chapters nationwide. The organization’s mission is “to revive in American public education the fundamental discipline of critical and active thinking which is based on facts, investigation, logic and sound reasoning.”

And last week, around 100 people gathered at the state Capitol in Harrisburg to protest CRT, and supporting legislative efforts to block the divisive content from classrooms.

“At the end of the day, the question that we legislators need to pose on CRT, JEDI, DEI, SEL, whatever the state wants to name or rename it — is does this theology interwoven throughout Pennsylvania curriculum, serve the needs of the Commonwealth?” Rep. Barb Gleim (R-Cumberland) asked the crowd. Gleim is co-sponsor of HB 1532, which would ban public schools from teaching CRT, spoke at the protest.

Critical Race Theory teaches that white people are inherently racist and participate in race-based societal oppression, regardless of their actions or beliefs.

A recent poll from The Heritage Foundation found 61 percent of respondents agreed that America was not built on white supremacy and is not a fundamentally racist country. Nearly 80 percent of Americans agreed children should never be taught their destiny and inherent value depend on their skin color. And 64 percent disagreed that white Americans are inherently racist. 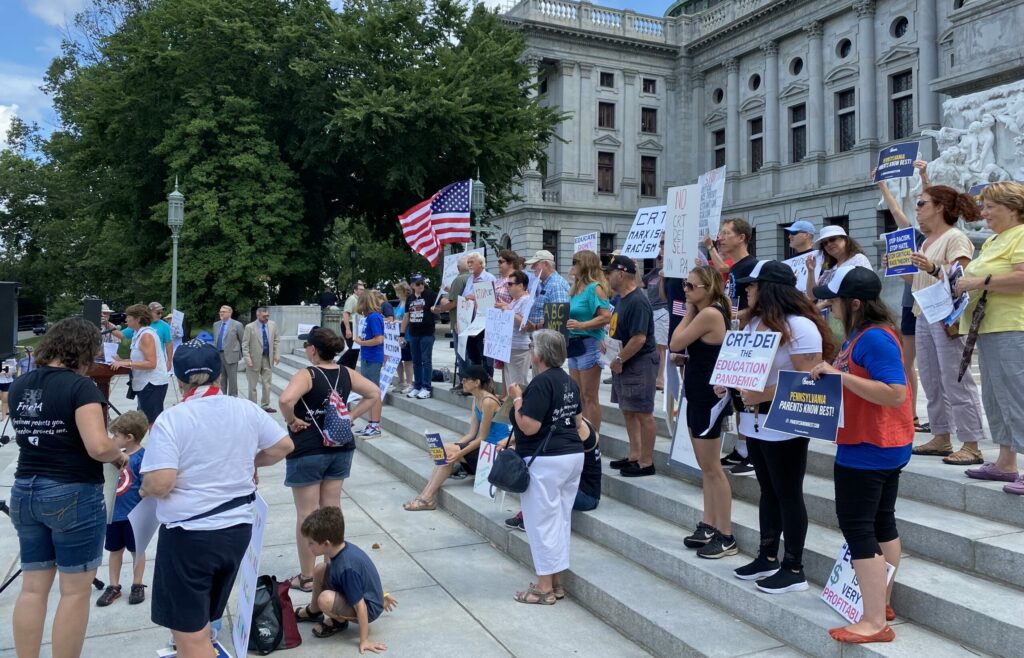 “No public institution should compel a teacher or student to adopt, believe, profess, adhere to any idea that violates the Civil Rights Act of 1964, including the idea that one race is superior to another, or that individuals from different races deserve different sanctions or benefits or sanctions based on the color of their skin,” said Jonathan Butcher, with The Heritage Foundation. “They can do this at the same time that they say that schools do not have the responsibility to protect people from ideas with which they disagree.”

Laura Zork, director of education at FreedomWorks, told the protesters, “It’s time for you to step up and put your name in the hat and run for school board…I encourage you to get involved. I encourage you to support parents.”

And the Rev. Joseph L. Green, Jr., pastor of St. Paul Missionary Baptist Church in Harrisburg, called CRT “a conglomeration of many ideals that we have rejected over the generations.”

“CRT disrespects and marginalizes the resiliency, character and intelligence of our Black forefathers,” said Green.” CRT tries to instill victim mentality in the minds of black people and ignores the great contributions that black people have made in the face of opposition, various obstacles, and even hostile opposition at times.”

He named a few Black achievers, including Shirley Jackson PhD., a physicist whose work at Bell Labs led to the invention of the touch-tone phone and caller ID, Lewis Latimer, who invented a process to manufacture carbon filaments and an air conditioning system, Otis Boykin, inventor of resisters used in computers, missile guidance and pacemakers; and Dr. Charles Drew, a physician and researcher, who worked with Red Cross, and helped develop large scale blood banks.

Green added, “CRT looks to divide and to provoke. Not to unify and reconcile… This is America, the greatest nation on this side of heaven. In Martin Luther King’s ‘I have a dream speech,’ he stated that he was looking for a time when people would be judged by the content of their character, and not the color of their skin. Critical Race Theory does the exact opposite.”