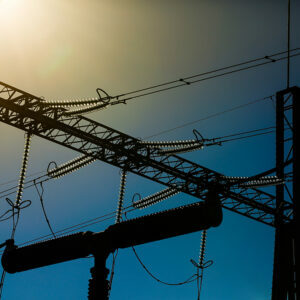 Prepare for Blackouts Across the U.S. as Summer Takes Hold

Just when it didn’t seem things couldn’t get worse — gasoline at $5 to $8 a gallon, supply shortages in everything from baby formula to new cars — comes the devastating news that many of us will endure electricity blackouts this summer.

The alarm was sounded by the nonprofit North American Electric Reliability Corp. and the Federal Energy Regulatory Commission.

The North American electric grid is the largest machine on earth and the most complex, incorporating everything from the wonky pole you see at the roadside with a bird’s nest of wires to some of the most sophisticated engineering ever devised. It runs in real-time, even more so than the air traffic control system: All the airplanes in the sky don’t have to land at the same time, but electricity must be there at the flick of every switch.

Except it may not always be there this summer. Rod Kuckro, a respected energy journalist, says it depends on Mother Nature, but the prognosis isn’t good.

Speaking on “White House Chronicle,” the weekly news and public affairs program on PBS that I host and produce, Kuckro said, “There is a confluence of factors that could affect energy supply across the majority of the (lower) 48 states. These are continued reduced hydroelectric production in the West, and the continued drought in the Southwest.”

The biggest threat to power supply, according to the NERC and the FERC, is in the vast central region, reaching from Manitoba in Canada down to the Gulf of Mexico. It is served by the regional transmission organization, the Midcontinent Independent System Operator.

These operational entities are nonprofit companies that organize and distribute their regions’ bulk power for utilities. In California, it is the California Independent System Operator; in the Mid-Atlantic, it is PJM; and in the Northeast, it is the New England System Independent Operator. They generate no power, but they control power flows and could initiate brownouts and blackouts.

With record storm activity and high temperatures predicted this summer, blackouts are likely to be deadly. The old, the young and the sick are all vulnerable. If the electric supply fails, with it goes everything from air conditioning to refrigeration to lights and even the ability to pump gas or access money from ATMs.

The United States, along with other modern nations, runs on electricity and when that falls short, it is catastrophic. It is chaos writ large, especially if the failure lasts more than a few hours.

On the same episode of “White House Chronicle,” Daniel Brooks, vice president of integrated grid and energy systems at the Electric Power Research Institute, also referred to a “confluence of factors” contributing to the impending electricity crisis. Brooks said, “We’re going through a significant change in terms of the energy mix and resources, and the way those resources behave under certain weather conditions.”

If power supply is stressed this summer, change in the generating mix will get a lot of political attention. At heart is the switch from fossil fuel generation to renewables. If there are power outages, a political storm will ensue. The Biden administration will be accused of speeding the switch to renewables, although the utilities don’t say that.

The weather is deteriorating, and the grid is stretched in dealing with new realities as well as coping with old bugaboos, like the extreme difficulty in building transmission lines. Better transmission would relieve a lot of grid stress.

Peter Londa, president of Tantalus Systems, which helps its 260 utility customers digitize and cope with the new realities, explained some of the difficulties facing the utilities not only in the shifting sources of generation but also in the new shape of the electric demand. For example, he said, electric vehicles, particularly the much-awaited Ford F-150 Lightning pickup, could be an asset to homeowners and utilities. During a blackout, their EVs could be used to power their homes for days. They could be a source of storage if thousands of owners signed up with their utilities in a storage program.

The fact is that utilities are facing three major shifts: in the generation to wind and solar, in customer demand, and especially in weather. Mother Nature is on a rampage and we all must adjust to that.