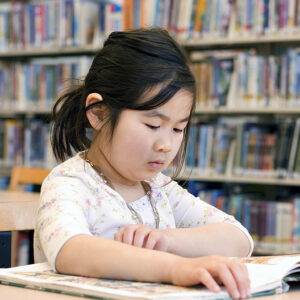 A debate has raged across the Delaware Valley between parents and education officials over the presence of sexually-explicit books in school libraries. Now a new national poll finds most Americans are on the side of local upset moms and dads.

The survey, in conjunction with the Capitol Resource Institute, of 1,000 likely voters conducted Sept. 20-21 found 77 percent are concerned school-age children are being exposed to sexual material that is not age-appropriate. Of those, 55 percent were very concerned. Only 20 percent were not concerned.

According to Rasmussen Research, it is an unusual issue on which people from all political and demographics agree. For example, 79 percent of Whites, 73 percent of Black and Hispanic voters, and 72 percent of other minorities were at least somewhat concerned that school-age children are being exposed to sexual material that is not age appropriate.

And 85 percent of Republicans, 56 percent of Democrats, and 69 percent of voters not affiliated with either major party believed it is very important that public schools fully inform parents about what is being taught to their children in classrooms.

The poll has a margin of error of +/- 3 percentage points.

“From my experience on the school board and recently working with some parents, I believe this Rasmussen poll reflects the reality that a significant majority of parents want to know what is in the school libraries and what is being taught to their children,” said Bruce Chambers, former president of the Great Valley School Board. “The library issue is prominent in the Great Valley School District with the federal lawsuit filed by a mother regarding the sexual content of books in the library.

“You can also go to the Great Valley High School Library TikTok site and see that the librarian posts information about Queer Graphic Novels in the library. So, this issue is prominent in Great Valley and some information is available to parents, but it is not provided regularly by the administration.

“Those parents who have discovered the TikTok site have expressed their objections to the sexually explicit books in the library. Unfortunately, the administration and school board have not acknowledged the problem and, like in other issues, they ignore those whose tax dollars are paying for everything,” Chambers said.

Fenicia Redman, the mother who filed that suit, said, “This poll confirms what we all know: the majority of Americans, no matter their political affiliation, agree that obscene material, the kind I call out in my federal lawsuit have no place in public classrooms or school libraries. To quote a now deleted April 6, 2022 tweet by a Great Valley High School activist employee, ‘So called ‘literary value’ is a made up thing that doesn’t actually exist (or at least it doesn’t matter). There’s no such thing as ‘good books’ or ‘bad books.’  A book’s value can be determined solely by each reader for themselves,’ Knock Knock. Anybody home? You might want to brush up on 18 U.S.C 1470: Transfer of obscene material to minors before you show up in Federal Court.”

Megan Brock, a Northampton mom, said, “After two years of disrupted learning and unprecedented learning loss, parents want schools to focus on teaching students math, reading, history, and STEM. Parents understand the influential role schools play in their children’s lives and want transparency within schools, as they would with any person or environment they entrust their children.”

Parent Shannon Grady of Chester Springs said, “Yes, this issue is becoming a top priority for many parents across the political spectrum. The point on this issue is that the books in question contain obscene and explicit content that is not age appropriate for minors. Most agree that diversity of thought should be presented in schools but the selection of textbooks and supplementary materials in schools are to be used almost exclusively by minors. Schools have a vast number of options to select materials available to support and enrich the curriculum. The schools should prioritize materials that enrich the curriculum and choose materials that do not expose minor students to certain age-inappropriate content. Our goals are to have clearly defined criteria for the selection of textbooks and resource materials and content that do not include materials that are prohibited by criminal laws.”

Also, 55 percent of parents and 59 percent of grandparents believed children should not be exposed to lesbian, gay, bisexual, and transsexual lifestyles before age 14, the poll found.