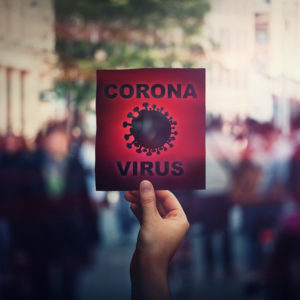 Point: Administration’s Reaction to Coronavirus Has Been Good for America

Editor’s Note: For another viewpoint, see Counterpoint: Trump Is the Problem and Should Resign

Last fall as Americans joyously celebrated the new retail hybrid holiday of Halloween and Thanksgiving, the very first cases of novel coronavirus appeared in Hubei Province, China. If the Chinese were aware, or were willing to share information on the new illness, the situations in South Korea, Italy and Iran would perhaps be very different.

Instead, the virus was allowed to spread unchecked for nearly two months, before the tightly controlled communist Chinese government would go on to share information with the World Health Organization. On December 31, the WHO and China Center for Disease Control quietly issued an outbreak announcement.

By this time Chinese nationals and expats living in the Far East had traveled across the world unknowingly spreading COVID-19. On January 3, the China CDC successfully mapped the novel coronavirus gene sequence and determined that it was unrelated to severe acute respiratory syndrome (SARS) or Middle East respiratory syndrome (MERS). The first person suffering from the novel coronavirus died soon thereafter on January 9.

At this point, online social media in the United States was hotly debating the cause — was it consumption of bats bought at the Wuhan Wet Market or a mutation of a previous viral disease? Meanwhile, the spread of coronavirus rapidly increased in China and spread to Thailand, Japan, and finally to South Korea on January 21.

With the first case of novel coronavirus identified in Washington state on January 30, President Trump took action suspending all travel from China the next day. This action was met with howls of racism and xenophobia, but can now be credited with preventing the rapid spread of the virus from person-to-person by travelers.

Italy took no such measures and, just two short months later, experienced an outbreak that has overwhelmed their medical system and killed thousands of its citizens.

The president also declared a public health emergency, which should have prompted a massive inflow of test kits from the CDC. But bureaucracy never moves fast, and the CDC opted to create its own test kits instead of accepting those offered by South Korea. The administration enlisted the assistance of private-sector stakeholders to advise on best practices and worked to change Federal Drug Administration rules to permit state labs, university and private hospitals to perform their own testing.

All of this was done before COVID-19 had severe effects on Americans. Contrast this with President Obama waiting nine months into the H1N1 pandemic when 60.8 million Americans were infected and 12,469 people had already died before declaring an emergency.

One of the most specious accusations leveled against Trump by detractors attempts to blame him for the virus itself. The lie told alleges that the Pandemic Response Office was dissolved in an attempt to cut costs and is responsible for “lags” in testing kits being made available.

In the Washington Post, Tim Morrison a former senior director for counter proliferation and biodefense on the National Security Council, wrote, “It has been alleged by multiple officials of the Obama administration, including in The Post, that the president and his then-national security adviser, John Bolton, ‘dissolved the office’ at the White House in charge of pandemic preparedness.”

He goes on to explain how he knows the charge is a falsity. “Because I led the very directorate assigned that mission, the counter proliferation and biodefense office, for a year and then handed it off to another official who still holds the post, I know the charge is specious.”

It turns out the office still exists, is fully staffed and was not subject to any actions by Trump officials. This attack was obviously politically motivated.

And incredibly, some of the most persistent criticisms leveled over the decades by then private citizen Trump about our over reliance on China for manufacturing have been proven true. The N-95 filtering masks, respirators, hand sanitizer and antibiotics needed to treat COVID-19 and protect our health care workers are all manufactured in China.

An article in Xinhua, a state run media outlet purported to speak for the Chinese Communist Party, highlights the seriousness of our reliance on China for antibiotics. A Chinese official upset with Americans characterizing the viral outbreak as originating in China claimed that China could tighten pharmaceutical exports and “plunge America into the mighty sea of coronavirus.”

President Trump is making the most of the resources available to him in both the public and private sectors to the benefit of all Americans, and I for one am grateful for that.