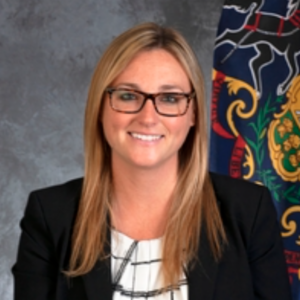 “This is a special honor as Pennsylvania must better use the ports in Philadelphia and Southeast Pennsylvania to ship the state’s natural gas resources to the rest of the world,” White said.  “This will not only create good-paying jobs throughout our region but help make us the leading energy exporter.”

The task force is charged with creating a report and recommendations to be presented to the General Assembly and the administration, including any actions that should be taken to facilitate those recommendations. It includes members from the General Assembly, the natural gas industry, Philadelphia building trades, and the Philadelphia Port. It is expected to deliver the report to the legislature and governor by Nov. 3, 2023.

“Natural gas is the cleanest-burning hydrocarbon, producing around half the carbon dioxide and just one-tenth of the air pollutants of coal when burnt to generate electricity,” White said. “This has the potential to reduce near-term CO2 emissions and air pollution by using gas instead of coal.”

Marcellus Shale Coalition president David Callahan said, “Pennsylvania’s fortunate to have both world-class natural gas reserves and a deep-water, international shipping port in Philadelphia. By leveraging these assets, we can drive economic growth and environmental progress here at home and abroad.

“Rep. White recognizes the significant opportunity southeastern Pennsylvania plays in our energy economy and we look forward to supporting the task force’s efforts to understand, identify and attract potential liquefied natural gas export opportunities for the region,” he added.

A report released Thursday from the Progressive Policy Institute said, “In particular, the U.S. should prioritize efforts to provide pipelines and other infrastructure to bring low-cost Appalachian gas to domestic and international markets, helping to limit inflation. All of this suggests that along with unprecedented U.S. incentives for other forms of cleaner energy passed in major bills over the last two years, American policymakers should now add the climate change benefits of expanding U.S. gas production and exports to the already strong geopolitical and domestic economic case for greater gas production in the near-term.”

“That will dramatically reduce costs for our families,” she added.

White noted that the Russian invasion of Ukraine highlighted the reasons the task force must work with urgency.

“Russia’s unprovoked invasion of Ukraine made it clear the world needs to become less reliant on Russia for its energy needs,” White said. “Pennsylvania has the resources to help rectify this situation, and that will improve our national security.”

The Delaware Valley Journal asked about funding for the project.

White said, “The Philadelphia LNG Export Task Force is responsible for developing recommendations for making the Port of Philadelphia an LNG export terminal. Any decision regarding a potential use of state funds for this or any project in our commonwealth is up to the General Assembly.”

Asked whether Gov. Josh Shapiro is on board with a possible LNG terminal, White said, “I am hopeful that Gov. Shapiro will read the final report and strongly consider the recommendations made by this task force.

“During his campaign, Gov. Shapiro pledged to “support Pennsylvania’s natural gas industry and harness the commonwealth’s role as a national energy leader. Whether he plans to stick by his campaign promises is a question only he can answer,” White said.

“Members of the task force include two representatives of the oil and gas industry. These members were appointed by former Gov. Tom Wolf from a list of names jointly submitted by the Speaker of the House and President pro tempore of the Senate. Their industry experience and expertise are a valuable asset to the task force and will help inform our recommendations.

“Each member of this task force brings something valuable to the table and will contribute to the development of our final report,” said White.