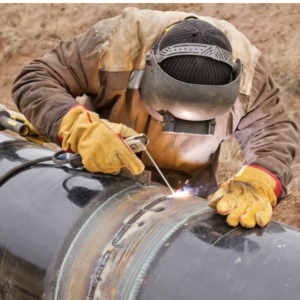 Developers of the PennEast pipeline may have won their court battle, but it appears they have lost the war. They announced Monday they are ceasing development of the natural gas pipeline over permitting issues.

The 115-mile pipeline, which would have brought more than 1 billion cubic feet of natural gas per day from the Marcellus Shale in Pennsylvania to Mercer County, N.J.,  was not able to obtain the necessary state permits for development, even though it had secured approval from the Federal Energy Regulatory Commission (FERC).

“This decision by PennEast should be another wake-up call for Pennsylvania residents,” former Chester County Chamber of Business & Industry CEO Guy Ciarrocchi told NHJournal. “We have lost an opportunity to create jobs; help support family farms and communities in upstate PA and use cleaner-burning natural gas in our region.”

Ciarrocchi, who’s seeking the GOP nomination for governor, added, “We have to find a better way to get projects like this to happen. We have the technology and resources to create jobs; support communities and clean our air. We have to come together to make these projects happen. Failing to do so hurts our quality of life.”

New Jersey Gov. Phil Murphy (D), state regulators, and environmental groups have consistently opposed the pipeline on “Not In My Back Yard” grounds. They contend the project would destroy open spaces, threaten the Delaware River watershed, and trample property rights via eminent domain claims.

Just a few months ago, PennEast was celebrating a 5-4 win before the U.S. Supreme Court, which overruled attempts at the state and local level to block the federally-approved pipeline. The ruling “protected consumers who rely on infrastructure projects – found to be in the public benefit after thorough scientific and environmental reviews – from being denied access to much-needed energy by narrow State political interests,” Anthony Cox, Chair of the PennEast board of managers said at the time.

Expanded access to inexpensive natural gas, which emits significantly less CO2 than coal or oil, has been a crucial part of the Delaware Valley region’s economic growth. And the pipeline project also created hundreds of blue-collar jobs as part of its construction.

“This is a disappointing decision that highlights the need for a more streamlined and reasonable regulatory approach to pipeline development,” said Kurt Knaus, spokesperson for Pennsylvania Energy Infrastructure Alliance. “Pennsylvania now will lose its share of what was expected to be $1.2 billion in investments.”

It’s the latest in a series of setbacks for America’s energy sector.

Last year, Dominion Energy and Duke Energy announced they were canceling the Atlantic Coast pipeline project. “This announcement reflects the increasing legal uncertainty that overhangs large-scale energy and industrial infrastructure development in the United States,” the companies’ CEOs said in a joint statement. “Until these issues are resolved, the ability to satisfy the country’s energy needs will be significantly challenged.”

On his first day in office, President Joe Biden killed the federal permit for the Keystone XL pipeline, angering the Canadian government.

“We remain disappointed and frustrated with the circumstances surrounding the Keystone XL project, including the cancellation of the presidential permit for the pipeline’s border crossing,” Alberta Premier Jason Kenney said in a statement then.

And in May, the nation’s largest fuel pipeline was shut down by hackers. Colonial Pipeline’s operators acknowledged paying $4.4 million in ransom. The Justice Department later recovered about $2.3 million of the ransom.

The Pennsylvania Department of Environmental Protection (DEP) hosted a virtual public hearing on two permit applications for construction of Phase 1 of PennEast in northeastern Pennsylvania in January. That portion of the project comprised a 68-mile stretch of 36-inch diameter pipe in Carbon, Luzerne, Monroe, and Northampton counties. Phase 2 was planned for New Jersey.

“Demand for clean-burning natural gas remains high,” said Knaus. “The pipeline constraints that currently limit market access will only grow worse without projects like PennEast, which was designed to meet the clear public need by businesses and consumers for reliable, affordable energy.”