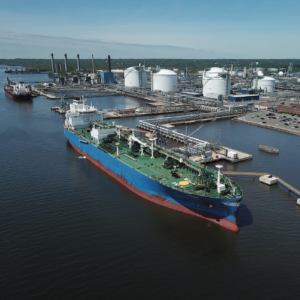 Even with No Local Drilling, Natural Gas Pays Dividends to Delaware Valley Counties

In the quiet suburbs of the Delaware Valley, Pennsylvania’s fracking industry may feel like a story from a far-off corner of the state.  But data show the local economy benefits directly from the current energy boom, the same way it once prospered thanks to the steel mills of Pittsburgh.

The National Association of Manufacturers estimates that for every dollar invested in manufacturing, another $2.74 is added to the economy.

That statistic is just one of the many of its kind representing the spillover economic effect that the fracking boom, scattered across Pennsylvania but mainly concentrated in the southwest corner of the state, has produced for all  state residents including those of the Delaware Valley.

Fracking’s role in the state was an ever-present part of the presidential campaign as both Joe Biden and President Trump seemed to stop in Pennsylvania every other day, with Biden frequently referencing the bygone golden era of steel manufacturing or coal mining whose economic benefits permeated every corner and crevice of the state.

“Natural gas has the same [economic effect] that steel had” back in that time, says Carl Marrara, vice president of governmental affairs for the Pennsylvania Manufacturer’s Association.

Even though the heart of Pennsylvania steel was in Pittsburgh, Bethlehem and Allentown, the Delaware Valley benefited from that manufacturing boom, and Marrara says the same is true today except the raw material has simply changed.

Pennsylvania is the second largest producer of natural gas in the nation behind only Texas.

The gas boom has been so profound, so robust that it has allowed lawmakers to set tax structures to spread the benefits across the state.

For example, a tax on natural gas produced from fracked wells has paid $45 million into the four counties of the Delaware Valley since 2011, even though there are no fracked wells in that area. The total includes the impact tax disbursements from the state but also grants from the Commonwealth Financing Authority, which also receives and distributes some impact tax money.

The impact fee pays more to those places where wells are created. But in the past decade, the impact tax has paid for dozens if not hundreds of park improvements in the Delaware Valley counties, the creation of gardens and trails, and helped fund environmental projects like storm-water runoff improvement projects and conservation easements.

Second level industries like pipelines and the Marcus Hook terminal have played their part in boosting the Delaware Valley economy as well.

When Sunoco announced the rebirth of the Marcus Hook terminal from refinery to a liquified natural gas export terminal in late 2017, the Chichester School District knew their tax base was soon to triple — from roughly $1.6 million in 2017 to an estimated $4.9 million in 2018.

For the millions of dollars in benefits that can be totaled, Marrara says examining what the Delaware Valley missed out on once can be most instructive to understanding how vital energy development has become to the state, and to the Delaware Valley.

In late 2017, the Brazilian company Braskem, which has North American headquarters in Philadelphia, chose to locate a petrochemical production plant along the Texas Gulf Coast, rather than invest in that plant in Delaware County.

“It’s difficult to comprehend something that you never really had,” Marrara said.

But the Pennsylvania Manufacturers’ Association used a specialized economic software tool “that looks at how these industries are interrelated,” Marrara said, to produce an estimate of how much secondary economic activity could have been generated.

“Over a five-year period, it would have been about $1 billion in economic activity from a facility like this,” Marrara said, even though the plant itself was only estimated to be a $675 million dollar company investment.

Despite that missed opportunity, Marrara believes the new petrochemical tax credit signed into law this year by Gov. Wolf is set to inject a new round of economic activity in all of Pennsylvania’s eastern counties.

“This is truly revolutionary, we’re talking thousands of construction jobs up in northeastern Pennsylvania,” Marrara said. “But then after that, hundreds of manufacturing jobs. The logistics jobs are going to spread all throughout the Commonwealth, all through the tri-state area, of getting those products to market, and that’s where [Delaware Valley residents] are going to see a big difference.”

Listen to a longer conversation with Carl Marrara about natural gas on the Delaware Valley Journal Podcast: