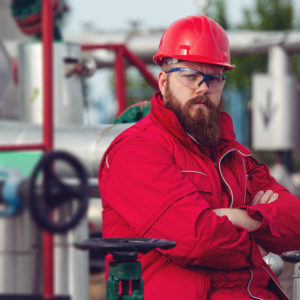 A bipartisan bill designed to boost the burgeoning petrochemical industry in northeastern Pennsylvania could pay dividends in jobs and growth for the Delaware Valley, business and union leaders tell Delaware Valley Journal.

The Local Resource Manufacturing Tax Credit legislation, House Bill 732, creates tax credits for new petrochemical plants that could turn natural gas from the Marcellas Shale formation into fertilizers, plastics and other raw materials. And that economic activity could create a multiplier effect that extends down into the Delaware Valley.

According to a study from the Pennsylvania Manufacturer’s Association, if all the credits were fully utilized, it would create more than 4,400 jobs and a $1.6 billion economic shot in the arm in the first cycle.

Although the legislation developed by the GOP-controlled legislature and signed by Gov. Tom Wolf (D) was not intended specifically as a stimulus to combat the coronavirus economic crisis, it comes at a time when any positive news on the jobs front is welcome.  The U.S. Bureau of Labor Statistics reported Pennsylvania’s unemployment rate in June 2020 at 13 percent, the ninth-highest in the nation.

The new law authorizes a tax credit for companies that invest $400 million and create a minimum of 800 jobs to make manufacturing facilities producing fertilizer or other petrochemical products from “dry” natural gas harvested in Pennsylvania. Dry natural gas is essentially just a purer form of methane, while wet natural gas is methane combined with other gases like ethane, butane or propane.

The Marcellus Shale region that stretches beneath most of the state contains both kinds of gas, but wet gas is more easily produced in the southwest, while dry gas is more concentrated in the northeast.

“Since Gov. Wolf signed the measure into law, I’ve already had a few calls from developers looking to bring industry to Pennsylvania. One is already looking for an engineering procurement construction (EPC) contractor for a half-billion-dollar project, and another is looking to do something in Philadelphia,” Bland said.

“Both projects out of the box are carbon capture use and storage. This type of work is long overdue for our hardworking men and women, good for Pennsylvania and good for the environment,” Bland added.

Gov. Tom Wolf vetoed a previous version of the bill, but then negotiated a second bill which cleared both the House and the Senate easily.

The second version of the bill contained some caps. The credits extend for 25 years, authorize a total of $26.7 million per year, and can go to no more than four projects in each of the 25 years.

Unions in particular were happy with the second bill because it guarantees union-scale wages will be paid for the construction.

“Any company building a new manufacturing facility through the bill must pay prevailing wages on all construction,” Martire continued. “There’s no underestimating the value of a prevailing wage job. A prevailing wage keeps food on working families’ tables and, when workers have more spendable income, it generates more economic activity and support for local businesses statewide.”

David N. Taylor, president and CEO of the Pennsylvania Manufacturer’s Association told Delaware Valley Journal he believes the products that will be created as a result of this bill come with other positive side effects.

For example, Taylor says the pure methane from dry gas can be easily converted to methanol, a fuel that can replace diesel, and so would be frequently used by surface ships and heavy vehicles.

“The methanol burns cleaner than diesel, and so this by itself will reduce carbon emissions,” Taylor said.

Additionally, the creation of fertilizer in Pennsylvania has some strategic advantages, too, Taylor believes.

“As it stands today, American agriculture imports fertilizers from overseas — mostly from China — and so this is a huge step forward for American food security to have a domestic source for this critical input for American farmers.”

The handful of “no” votes against the bill mostly argued it did not contain enough environmental safeguards.

“This is not a pathway forward for Pennsylvania that is sustainable, nor is it healthy,” State Sen. Katie Muth (D-Montgomery) said during floor arguments.

The tax credits are available starting in 2024.