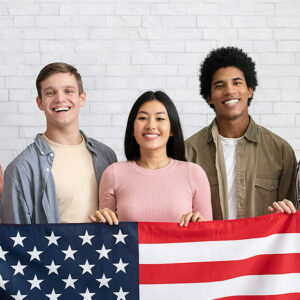 PATTERSON: How Young Americans for Liberty Is Keeping the Republic Free

While walking out of the Constitutional Convention in Philadelphia, Ben Franklin was asked by a woman, “Well, Doctor, what have we got? A republic or a monarchy?” And Franklin responded with the mythical line, “A republic, if you can keep it.”

And so, the obvious question throughout American history has been: How can we keep it? People have different answers to this question. Maybe to keep a republic intact, we must spend our time educating people, handing out pamphlets on free-market economics, hosting fancy dinner-party speeches about cryptocurrency or even posting YouTube clips about the history of the draft. Or, perhaps, we should be gunning for jobs at news organizations, think tanks or policy centers.

No. We don’t think that approach will do — at least not on its own. Like the patriots and heroes of the American Revolution, we realize that the liberty movement is a small group in this country. The key to reconnecting Americans with the founding principles of individual freedom and limited government is mobilizing that irate minority to take an active role in “keeping the republic.”

Young Americans for Liberty (YAL) is unique and successful — we are doers. Our students don’t aspire to be political pundits, journalists or policy wonks; they want to run for office, manage campaigns and hold accountable the politicians in both parties who vote to rob us of our God-given liberties every day — at every level of government.

This approach speaks for itself. Since launching our “Operation Win at the Door” program in 2018, YAL students have knocked on more than 3 million doors across 40 states in support of liberty candidates for the state legislatures. Our liberty legislator coalition, called the “Hazlitt Coalition,” has grown from fewer than 50 to more than 280. We predict it will pass 300 members before the end of 2022.

These state legislators work in the trenches, where they have successfully passed hundreds of liberty bills that have made millions of Americans more free every legislative session. Whether securing our Second Amendment rights, cutting taxes or fighting infringements on our medical liberties, YAL legislators are successfully “keeping our republic free.” In 2022, we saw our first crop of veteran legislators move to higher offices. State Sen. Eric Burlison won his congressional race in Missouri, Rep. Andrew Sorrell won the state auditor primary in Alabama, and Rep. Chuck Gray won his primary for secretary of state in Wyoming. We will quickly see the day when we have a liberty legislator coalition in Congress working the same wonders our aligned legislators are working in their home states.

Politics, like anything in life, is a numbers game. Our students and activists work daily to identify Americans who support liberty and engage them in their state. Samuel Adams, a founder of the Sons of Liberty in 1765, once said, “It does not take a majority to prevail, but an irate, tireless minority, keen on setting brushfires of freedom in the minds of men.”

Adams was right, so every day at Young Americans for Liberty, we wake up looking for the next leader who will step up to grow the liberty movement in America and set brushfires of freedom for the next generation.

Ted Patterson is vice president of policy at Young Americans for Liberty. He wrote this for InsideSources.com.